Germans are taking over the control in Balkans

When we consider this with Ukrainian crisis in parallel, this conference includes the clues about the equations of the new Europe 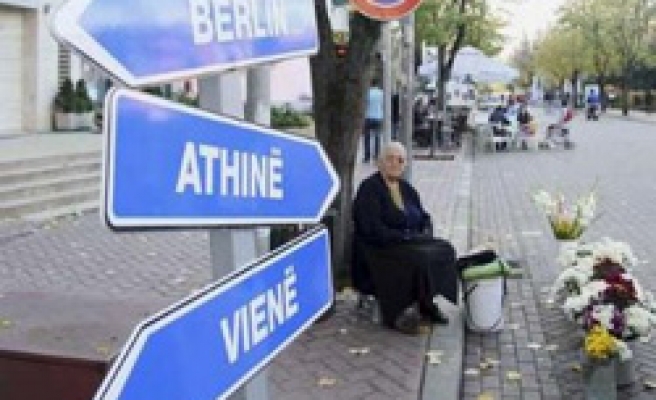 While Turkey was quite preoccupied with the change at the summit of the state, a quite relevant meeting with the country was held in Germany. On the 100th anniversary of the beginning of the World War I, the Balkan conference which was held in Berlin is completely a product of a perfect German strategic vision. The Balkan conference is significant in determining what the role of the Eastern Europe is, especially the Balkans and what strategic vision will give its shape.

If we consider the properties, geographical and economic qualities of the countries, which gathered in Berlin in August 28 under the name Western Balkan Conference, we may realize how intimately it would matter Turkey. Apart from all, it is quite meaningful to see the selection of the title 'Balkans' as the main theme of the meeting. Even though the US has been begun to be remembered as the 'southern east Europe' in the new European concept, it's remarkable that Germany uses the term 'Balkans' by referring to the historical and cultural foundations of the region based on its alternative regional policy. It can even be taken as a sign to interpret in what way it is significant for Germans to use the Balkan terminology which even Turkey abandoned by not claiming on its own Ottoman heritage.

The designation of the meeting under the Western Balkans instead of the whole Balkans is simply an intervention of Germany to the remaining questions which wait for solutions. Aside from establishing military headquarters in the southern east without solving the regional conflicts, it is clearly read as an alternative Balkan strategy to the US which enabled the integration of quite non standard countries in terms of economy and social policies such Bulgaria and Romania to the NATO membership in parallel to their AB union participation

Under the Western Balkans title, while it excludes the countries under the American influence, it also pushes Turkey outside the equation which is impossible not to be taken into consideration all across the Balkans.

When we consider the participated countries, we come across a series of countries, which could not solve their problem and wait as frozen after the dismantling of Yugoslavia and the post cold war period. These countries are Albania, Kosov, Bosnia, Serbia, Crotia, Macedonia, Slovenia. Almost all these countries have indispensable ties with Turkey on cultural/historical, political and demographic sense. Therefore, Turkey must be influential in the future of these countries. On the other hand, Germans are using their power and political, economic force in order to keep this region under their control. Their basic reason is that these countries need to help the participation to EU membership

Historically speaking, the history of Europe is partly determined by its relationships with East. In particular, the relationship of Germans with Russians and Ottomans can be illustrated for this. No matter how the US and EU seem to confront with Russia, one should read this as part of the global US competition and regionally speaking a German-Russian encounter. Especially in terms of the energy routes, the Ukraine-Russian conflict is in the interest of Germans at first place.

The conference of Western Balkans in Berlin is held at the level of Ministers of Foreign Affairs and Economy. In order to track the taken decisions, it was decided that the meeting should take place once in every year which means a constant institutional structure that exceeds the wishes and expectations and imposes sanctions and tracking

While it was expected to demonstrate an initiative in order to solve the problems of the conflicting countries, decisions were taken to expedite the administrative, legal and structural reforms in particular to comply with the participation to the EU. Instead of US which stops the wars regions at the times of crises but causes crises without solving any of them, the initiative of Germany is the question in solving the crises in the name of EU.

Whereas in the locations of crises, Turkey's opinion should have been listened. At any rate, Turkey contributed significantly to the solution of the problem between Bosnia and Serbia to a certain extent.

In a Balkan conference where Turkey has been excluded,it is meaningful to consider the problems be solved between Bosnia and Serbia, Kosovo and Serbia or besides all these conflicting areas to keep Turkey away from fundamental topics such as the internal problems of Albania and the international position of Macedonia. This could have been only deliberately designed search for a new order.

Among the taken decisions, aside from the preparatory regulations to the EU participation, there are several important aspects to talk about: one of them is to solve the political and military crises among conflicting countries through reconciliation and the other is the question of the route of energy security.

There are also economic regulations in it as well. As far as economy is concerned, the increase of German businessmen's contribution to the region and the interest of the German capital with such countries which comprise the poorest countries of Europe means that the region is subdued to Germany for the major part. What is aimed is the completion of the current German influence politically, strategically and economically. When we consider this with Ukrainian crisis in parallel, this conference includes the clues about the equations of the new Europe.

At the 100th anniversary of the World War One, how well can Turkey read this picture and how long can the Balkan equation operate without regarding Turkey or its inheritance? When we look into history, the situation of Balkans is well known in the post Ottoman period.

We should not keep this in mind: Islam is not a question of minority in Balkans or a mandatory heritage of Ottomans. Without considering the Muslim nations or their geo-cultural reality, regulations may cause new 'Balkanizations' because Muslims are the essential political and strategic decision takers in the region.