Growing Russo-Afghan bonhomie: A disenchantment with US

Relations between Afghanistan and Russia keep improving, meanwhile ties with US deteriorate 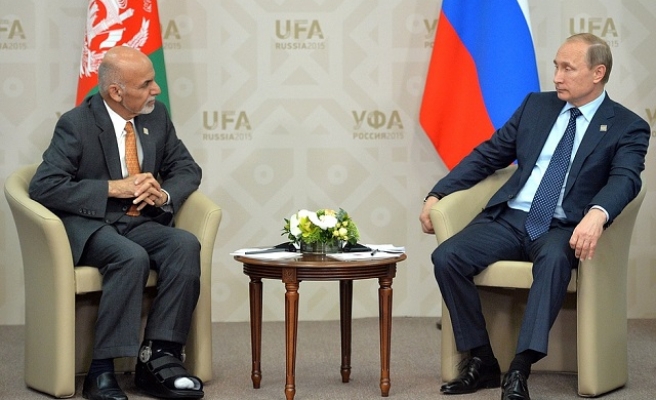 Although Afghans have no good memories of Russia, but the United States and its allies’ wrongdoings in Afghanistan and their empty promises made Afghans to turn face to their old enemy, the Russians, now the successor of erstwhile Soviet Union.

U.S. and its western allies have spent tens of billions of U.S. dollars in Afghanistan during the past about fifteen years since the ouster of Taliban from Kabul. But this huge sum of amount was not spent on the top priorities of the people, especially infrastructural projects. On the other hand, they miserably failed in bringing peace, stability and security to the people which was supposedly the main goal of the war in Afghanistan. People have got disappointed and somehow given-up putting hope on the U.S. and its western allies.

Even though Afghans looked at Russians as their enemy especially after the Soviet Union’s invasion in 1979, yet the relations between them had remained cordial for quite some time in the past particularly after the Bolshevik Revolution in Russia.

Salang tunnel the passage between northern and central Afghanistan, Silo wheat mills in Kabul, and other large cities, the Kabul Prefabricated Housing Factory, that had produced the apartment blocks for Kabul’s ‘Microrayons’ and housing projects in Mazar-e-Sharif are still existing which are the clear evidence of Russo-Afghan relations during the communist era.

During the years (1989-2001), the relation between the two countries remained very cool, but right after the ouster of Taliban regime from Kabul, a high-level group of Russian diplomats arrived in Kabul to open a diplomatic mission.

However, Russo-Afghan relations between 2001 and 2009 have experienced ups and downs as Hamid Karzai’s government came under direct criticism of U.S.’s president Barak Obama, in 2009 for cozying up with Russians. Beleaguered Karzai did his best to open a new door of relations between Moscow and Kabul.

On military front the Russian government took its first practical steps by delivering 20,000 AK-47 rifles to the Afghan interior ministry in 2010 and provided training to some 250 Afghan police officers.

At the same time, Russian companies were already busy in modernizing Naghlu dam in the east of Kabul. The Russian-Afghan joint transport venture AFSOTR, a company established in Soviet times, and now one of the country’s biggest logistic companies had already been reactivated in 2008.

According to the media reports, recently a senior Russian diplomat indicated that Moscow wants to provide Afghanistan with the military assistance, including helicopters.

Zamir Kabulov, Russia’s special envoy for Afghanistan, talking to media said that Moscow would discuss the proposed aid with Kabul soon. He added: "We expect that the result will be positive."

Talking to media, the 1st VP Dostum pointing to the ISIL as a big threat for Central Asia including Moscow, he further urged Russia to give Afghanistan weapons, warplanes and helicopters.

It is pertinent to mention here that the military assistance from Moscow will be extremely beneficial for Afghanistan because many Afghan security forces are still using Russian weapons.

Obviously such decisions are taken in a situation when a nation gets disappointed and is left empty handed by an ally from whom they expect a lot.

If the U.S. keep running away from what they had promised to Afghanistan, it will not be out of place for the Afghans to collectively demand the complete and immediate withdrawal of all foreign troops from the Afghan soil.