Hanging of Nizami: A Result of illiberal Autocracy in Bangladesh

The hanging of the Maulana Nizami was pure and simply a statement reflecting a systematic state sanctioned campaign of terrorism and oppression against a specific section of the society. 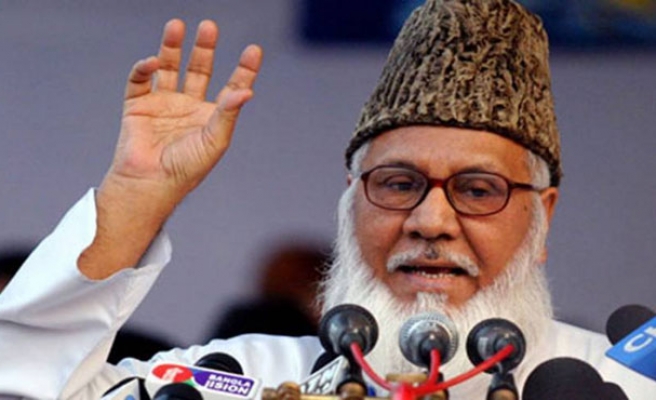 Maulana Motiur Rahman Nizami, the Ameer of Jamaat-e-Islami Bangladesh was hanged on May 11, 2016, after midnight in Dhaka central jail. A well-known national and international Islamic leader, he was the Minister of Industry in Bangladesh from 2001-2006 and was listed amongst the top 50 Influential Muslims of the World in 2009 by USA based prestigious “the Royal Islamic Strategic Studies Centre”. He was hanged by the government of Bangladesh after a highly controversial and flawed judicial process for crimes allegedly committed in the 1971 regional war which led to the secession and creation of present day Bangladesh from Pakistan. Despite concerns raised by human rights organizations such as Amnesty international, Human Rights Watch, legal rights organizations, international personalities and government officials, and even last minute pleas by prominent Islamic scholars and clerics such as Yusuf Al-Qaradawi, there was no initiative for assessment of inconsistencies or upholding of fair trial standards. Nizami, to his credit, refused to apply for presidential pardon, and was subsequently hanged, albeit with his head held high and his contention regarding flawed trial standards intact.

In this crucial period, it is important that we analyse and assess the situation at hand, especially in light of vested claims that the hanging of Nizami is somehow linked to so-called rising Islamic terrorist militancy attacks in Bangladesh. Not only is this absurd, but highly contentious as well, particularly if one were to carry out a well-informed analysis on Bangladesh. In fact, far from it, the very nature of the adopted and espoused rationale behind his execution, that of allegedly preserving the sanctity of the national secular identity of Bangladesh against forces of Islamic fundamentalism, who are alleged to be singularly responsible for past and present day crimes, be it through flawed trials and concoction of a nation’s history, is indicative of something deeply troubling. The trial exposed the unjust nature in the name of a system of justice, a vendetta in the name of deliverance of a fair trial. The politics behind the trial exposes the very fabric of the face of brutal autocracy prevalent in the name of liberal democracy in Bangladesh today.

The hanging of Nizami was not just a single act of injustice in the name of redressing so called past war crimes of 1971; it was and remains a part of a systematic state sanctioned campaign of terrorism and oppression against a specific section of the society. Putting to question the state sponsored rhetoric of being an ostracised ‘war criminal’, thousands turned up for his funeral in Pabna, while funeral prayer in absentia were held at numerous places throughout Bangladesh. Moreover, funerals in absentia were held in major capitals and cities around the world in Europe, the Americas, the Middle East, Asia and Africa. In Bangladesh, the government continued to employ heavy handed measures upon the common populace. Mourners were not allowed to use the mike, and the water supply was cut off in BaitulMokarram of Dhaka, the national mosque of Bangladesh, where a funeral prayer in absentia for Nizami was held. Their movements were restricted by hundreds of security personnel and numerous barricades which sought to harass the thousands who attended. In Chittagong, police used brutal force to disperse the thousands of mourners and sanctioned government supporters to use live ammunition against the funeral attendees. In Sathia, Pabna, where Maulana Nizami was buried after his hanging, police had started a campaign of arrests and intimidation days before the hanging in order to limit attendance to the funeral. Such incidents are not exceptions, but the norm, and part of the everyday oppression that current authority in Bangladesh subjects its citizens to.

Unfortunately, the world is oblivious to the current situation in Bangladesh in the face of a vicious and orchestrated diplomatic and media campaign, which aims to focus on the killing of a handful bloggers, not as part of the deteriorating situation in law and order in Bangladesh, but as a phenomenon of the rise of so-called Islamist jihadist terrorism in the country; a we-said-so fulfillment of the xenophobic worldview espousing a clash of civilizations between Islam and the West. In what appears to be a willful attempt at missing the woods for the trees, influential governments, international agencies and media organisations, in pursuit of an aggressive policy of promoting Western secular liberal values and norms, choose to completely ignore and even support ruthless autocratic practices of intimidation and oppression of opponents of the current government, championing instead justice for the killing of a few bloggers who managed to get international prominence due to their connections and agenda aimed at promoting secular liberal values at the expense of violating and offending social norms and sensibilities in Bangladesh. This is not wise, but neither is it something to be astonished about, considering the hypocrisy of those espousing the same liberal values in Egypt, Iraq, Syria, Palestine, and a myriad other places.

To be honest, the hanging of Maulana Motiur Rahman Nizami, the leader of the largest Islamic party in Bangladesh, and a popular politician, is a statement. It is a signal of a point of no return from a government that has been dominated by the personal agenda of vendetta politics of Sheikh Hasina. Now, it is evidently clear that anyone seeking to get justice from current judicial and administrative institutions will utterly fail to get justice and will be unable to seek accountability. It just proves yet again that the democratic norms, justice and the rule of law do not apply anymore in Bangladeshi society. If not addressed immediately, the foreseeable consequences of socioeconomic and political instability, where people will take law into their own hands, current political parties will break down and lose control over their members, divisions will be fostered and foreign interests and agendas will be served and that will be extremely disastrous for Bangladesh. For now, Bangladesh continues to tread a treacherous precarious path towards the self-destruction.