Houthi Takeover of Sana: An Outcome of Saudi Maneuver or Myopia?

The Houthi takeover in Yemen has certain meanings in the everchanging Middle East scenario where the very existence of the Muslim Brotherhood and its affiliates are seen as a threat to the Saudi monarchy. 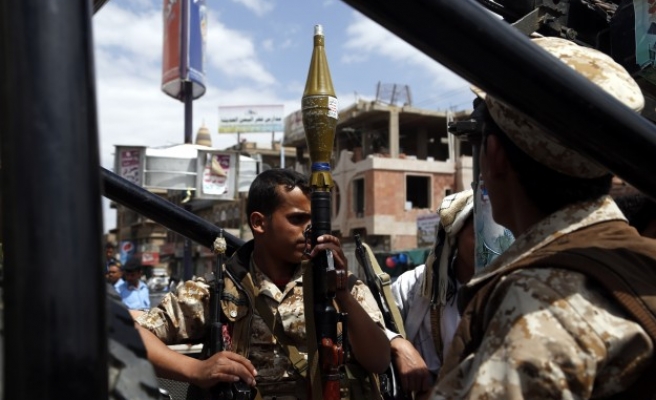 Yemen is battling an Al Qaeda insurgency, a southern secessionist movement, endemic corruption, high unemployment and poor governance. It is also facing growing Pentagon influence as the US has exploited Yemen's problems to serve its military goals.

The country has often relied on its oil-rich neighbour Saudi Arabia to help finance everything from government salaries to welfare payments.

Yemen has been trying to regain stability since the 2011 protests that eventually ousted the long-term dictator, Ali Abdullah Saleh. It is the poorest country in the Arabian Peninsula where more than half of the 25 million population is "food insecure".

The takeover by Zaidi Shia Houthis, aka Ansar Allah (Partisans of God), in Yemen has certain meanings in the changing Middle East scenario where confusion is the most prevailing phenomenon. In this scenario where Muslim Brotherhood and its affiliates are perceived as an existential threat to the Saudi monarchy. Therefore, Yemen's Al Islah-led Joint Meeting Party (JMP) is seen, rightly or wrongly, as unfriendly towards the Saudi monarchy.

Iranian-linked Houthis on the other hand do not pose any direct threat to Saudi monarchy in Riyadh, according to one view, which conveniently ignores the fact this group can cause massive trouble within Saudi Arabia later.

For the misguided elements in the Saudi establishment, Houthis seem to be a preferable option to Al Islah. This line of thinking suits the interests of some UAE chieftains who have allied himself with both neocolonial and neocon lobbies.

Saudi Arabia must consider the dire repercussions of pursuing a policy whose consequences cannot be studied at this juncture. The UAE doesn't have much to lose in case the pro-Houthi game goes haywire. Whether crowning of new King, Salman in Riyadh and major reshuffles in Royal palace will positively impact the Saudi Policy in Yemen or the jaded policy will carry on.

Unelected Arab dictators tend to view political parties that have popular support as terrorist organizations. Yemen’s Al-Islah is one of them. The party was first blacklisted by Saudi Arabia, and in November, the UAE has also designated it as a terrorist outfit.

The 2011 Nobel Peace laureate, Tawakel Karman, is a Parliamentarian and a senior member of Al Islah. She was arrested and deported from Cairo airport after President Morsi's ouster in a military coup. It was Al Islah that adopted the democratic process of protests to oust Saudi-backed, pro-Western dictator Ali Abdullah Saleh, a Zaidi Shia himself and protested for democratic reforms in Yemen.

During the Sana siege and takeover of State institutions and major installations, there were instances when Houthis attacked Al Islah offices, and one member of Parliament from Al Islah was killed in Sana, but Al Islah did not retaliate in armed conflict against Houthi militants.

Neither the Houthi coup in Sana was stealthy nor was the accomplishment of its meticulous planning. Though Saudis blame the Houthis for being Iran’s proxy in a predominantly Sunni country, but their lackluster response suggests that they have almost approved the Iran-linked Houthi takeover of the capital.

The audio leaks in which Ali Abdullah Saleh is heard guiding the Houthis as to how to capture and control Sana indicate the obvious backing of Saudi Arabia in the Houthi military advancement.

Saleh, since abdicating power in the Saudi-backed negotiated deal three years back, has been living in Saudi Arabia. It seems the recent Houthi advance orchestrated behind the scene by Saudi-UAE combine is an attempt to eradicate Al Islah from the most indigenously populated country in the Arabian Peninsula.

It is worth mentioning here that the resignation of President Abd Rabbu Mansour Hadi, his prime minister and government came after days of virtual house arrest by Houthi militia. Many believe that Saleh never liked Hadi as his replacement and had agreed to leave when he had no other option and lost most of the political and militia support.

Saleh is now calling for fresh elections in Yemen. Whether Saleh and Houthis are in a complete alliance or not but the prevailing chaos is likely to divide the country once again. Hadi resigned on 22 January, saying he could no longer stay in office as the country was in "total deadlock".

Most of the Sunni population lives the south and southeast Yemen, whereas the Zaidis are predominantly in the north and northwest of the country. With the one- third of Yemen’s population, the demography does not support the Shiites Houthi's takeover of Yemen, and the country is expected to plunge in to a deeper chaos.

Though the Middle East is in a deep Shia–Sunni strife, orchestrated by power hungry leaders (some acting under direct orders of their Western masters), Yemen’s political fight is not purely a sectarian one. The Zaidi branch of Shiaism is the closest to mainstream Sunni Islam. Zaidis are the followers of Zaid ibn Zainal Abidin, the grandson of Hussein ibn Ali, and regard him as their Imam; they are also known as Fivers. Historically, Zaidi jurisprudence has been very close to Sunni Hanafi school of thought credited to renowned jurist Imam Abu Hanifa.

Governing the bewildered Yemen will pose many challenges for Houthis, and it is entirely different from swift takeover of Sana. Moreover, it will be quite difficult for Houthis to rule entire Yemen as South Yemen’s secession movement is again gaining a momentum. Without a negotiated settlement, Yemen is most likely to be divided into North and South.

Thus, the situation developing in the geo-political horizon of Yemen clearly suggests that Saudi Arabia’s lackluster response on the Houthi takeover of the Yemeni capital is nothing but a swift and shrewd maneuver to counter Al Islah, politically as well as militarily. Their maneuvering, myopic as it is, will only harm the larger interests of the Peninsula, which is already mired by the rampant conspiracies against the Muslim world.