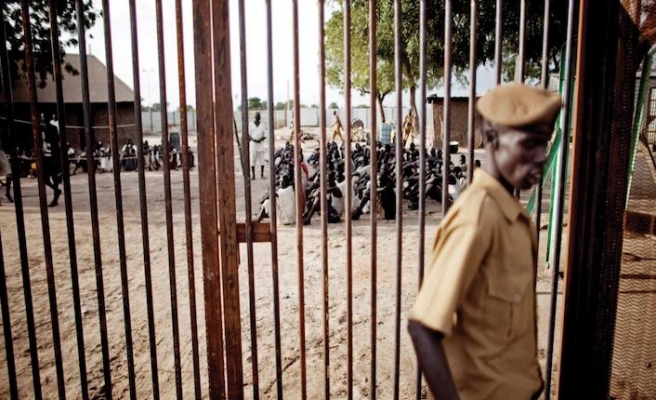 A four-year-long investigation has revealed how arms and equipment from European Union member states and China funneled into East Africa and a web of front companies have fueled the deadly conflict in South Sudan.

The new report, released by the London-based Conflict Armament Research organization, shows how South Sudan’s neighbors sidestepped international arms embargoes to re-transfer weapons to both sides in the country’s devastating civil war, which has killed an estimated 383,000 people and sparked one of the world’s worst humanitarian emergencies.

Researchers analyzed hundreds of weapons and over 200,000 rounds of ammunition, the vast majority of which were manufactured in China.

In one instance detailed in the report, a network of companies run by U.S., British, Israeli, and Ugandan nationals shipped a U.S. military jet and Austrian-made surveillance aircraft to the South Sudanese military in 2015 and 2016 in a likely violation of U.S. arms export controls.

In another instance, two offshore companies registered in the Seychelles brokered ammunition shipments from Romania via Slovakia through Uganda to South Sudan in 2014 and 2015. Both Romania and Slovakia are members of the European Union, which imposed an arms embargo on South Sudan in 2011 immediately following the country’s independence from Sudan.

In each case, the report stresses there is no evidence the U.S. or European governments were aware these shipments were being re-transferred to South Sudan.

The embassies of Uganda and South Sudan did not respond to a request for comment on the report’s findings.

The United Nations Security Council imposed an arms embargo on South Sudan in July in an effort to end the country’s civil war. “We need to stop the flow of weapons that armed groups are using to fight each other and to terrorize the people,” U.S. Ambassador to the U.N. Nikki Haley, who championed the effort, said at the time.

Justine Fleischner, a lead researcher for the report, said that even though a U.N. arms embargo is now in place, it could take a long time for a country saturated with weapons to start seeing some of the effects. She said the research shows that a few large shipments of Chinese ammunition “have the capability to sustain this low technology conflict for years,” even though the Chinese halted ammunition shipments to South Sudan in 2014.

“It will take years for [the U.N. embargo] to have an impact in terms of physical access to ammunition,” she said. But she added the embargo was significant because it cut off South Sudan’s access to international support on logistics and maintaining military and surveillance aircraft, which “can be game-changers in these conflicts.”