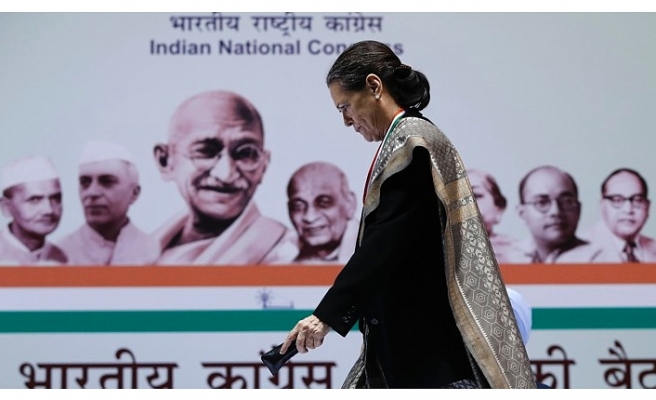 The December 11 results from crucial provincial assembly elections christened as the semi-final before the upcoming general election in early next year have come as a major setback for Prime Minister Narendra Modi and fostered the position of principal opposition Indian National Congress (simply called Congress) in India’s national politics. Congress which was routed in the last parliamentary election and in successive provincial assembly elections has found a new strength after evicting the ruling Bhartiya Janata Party (BJP) from its strongholds of Rajasthan, Madhya Pradesh and Chhattisgarh. The Congress which has been on a losing streak since its defeat in 2014 — barring a few exceptions — sent a reminder of its fighting capacity against the BJP ahead of 2019 general election. In fact, the Congress gained 163 Assembly seats (more than 138 per cent) over what it held after the 2013 elections. With this result BJP is set to lose half of Parliament seats it won in 2014, BJP had won a whopping 62 of the 65 Parliament seats from the three states in the election for prime minister Narendra Modi in May 2014this will also strengthen the position of Congress to lead the opposition alliance against incumbent BJP in 2019. In three Hindi heartland states, power has not simply changed hands, which is a standard democratic practice, but the arrogant project of Congress-free India was meticulously tamed.

The three states the BJP has just lost were critical to its Hindutva politics. The BJP has been in power since 2003 in Madhya Pradesh and Chhattisgarh and Rajasthan, though alternatively elect between BJP and congress has been the origin of Hindutva politics of Gujrat laboratory (home state of PM Modi).

According to the results declared by Election commission of India, the Congress has emphatically displaced the BJP in Rajasthan, bordering Mr Modi’s home state of Gujarat, and also in the predominantly tribal state of Chhattisgarh. It was tantalizingly close to the halfway mark in Madhya Pradesh (MP), with the BJP trailing a close second. The Congress was at 114 seats, two short of a majority in the state, and the BJP  trailed at 109, 56 seats short of its tally five years ago. BJP has accepted the defeat in Madhya Pradesh and congress will form the government in the state with the help of regional party and few independent members of the assembly.

In these elections BJP has deployed Uttar Pradesh Chief Minister Yogi Adityanath, known for his vitriolic anti Muslim statements, for campaigning is being interpreted in two ways. The BJP’s Hindutva hardliners argue that Yogi Adtiyanath may have saved the party from a bigger defeat. But it could also be a talking point for those in the BJP who see the campaign to build the Ram temple in Ayodhya and other Hindutva motifs as not clicking with the people.

Congress President Rahul Gandhi’s enthusiasm for using Hindu symbolism to counter BJP’s hard Hindutva in these elections has been a big talking point for many political Pundits. This election witnessed a new Congress party contentedly sitting on Hindutva juggernaut to counter BJP's strategy of communal polarization and dispel the pro-minority perception. This strategy helped the Congress to get a good share of majority Hindu votes which is around 80% of India's total population. In its electoral history on several occasions Congress promulgated the soft and controlled Hindutva but this time it is different from the past. Due to this strategy the polarization of Indian voters on the religious lines did not work as expected for the BJP. Even though this election has restored the balance of power in Indian democracy as the Congress runs to claim the Hindutva Centre, it may push the Prime Minister Narendra Modi and his BJP even more rightwards and a more virulent Hindutva plank.

Congress President Rahul Gandhi led from the front he addressed as many as 82 rallies more than any national leader. He relentlessly attacked Prime Minister Narendra Modi where it hurts most-on allegation of corruption, crony capitalism, unemployment and agrarian crisis. Now PM Modi and BJP will have to face a more confident and aggressive Rahul Gandhi.

Results have shattered Narendra Modi’s aura of electoral invincibility has been broken and there is now a spring in the steps of the Congress. Only the deeply ideological parties tend to survive the onslaught of continued defeats. Centrist parties, like the Congress, are not ideologically glued, they need impeccable strategy and political combinations to achieve electoral successes. They are shattered if they keep losing. For the Congress, stemming Modi’s tide, coming to power and political reinvigoration were thus inextricably interlinked. That symbiotic moment has now arrived, and it will make the Lok Sabha elections in a few months very competitive.

The Congress has got a new vigor in the Hindi heartland which has become a BJP bastion in last few years. The result of this election is a potential turning point in Congress President Rahul Gandhi’s political career, he has definitely put the embattled party on a revival path. He provides a potential Centre for an alliance, and the sheer sense of vacuum in the congress party and the Opposition parties is abating. At the end of the day, these elections are about a competing narrative only in a limited sense: A ruling dispensation full of arrogance, hubris, and willing to corrode all civil society and institutions competing with a Congress that is seen as a last defensive stance of an embattled republic.

India’s politics which was dominated by the ruling BJP in last four and half years has now become an open field for the Congress and other opposition parties. It can be easily understand from the post-result statements of leaders of the smaller and regional parties opposed to BJP. Thus, these election results have assured the balance of power in India’s national politics and now congress will negotiate from the position of strength in the formation of larger alliance against BJP for the upcoming general election. 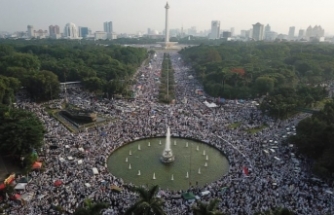