Is India losing its edge in Afghanistan?

So far, the Modi government has been reluctant to spell out the terms of its engagement with Kabul as the political realities in Afghanistan have been in flux 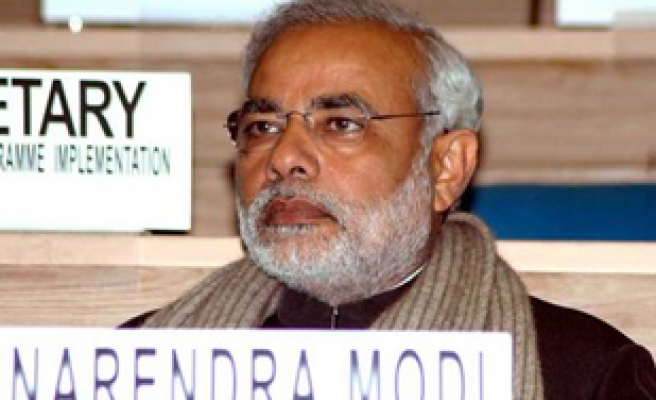 Afghanistan has once again become a diplomatic hot point in the power game of the world.  That is not surprising given its special strategic position along the fabled silk road connecting east and west, extending from eastern roman frontier in the Middle East to the Chinese frontier, with other paths going north through Afghanistan from the Indian Ocean to the Siberian Steppe. Since ancient times it has been used for trade and military purposes.

After a prolonged period of uncertainty about the democratically elected government in Afghanistan and electoral stalemate there with no clear public mandate for any party to form the government, finally the two fighting Afghan presidential candidates Abdullah Abdullah and Ashraf Ghani signed a power-sharing agreement to form the government at a ceremony in the Presidential Palace in Kabul. The outgoing president Hamid Karzai played the role of king maker and peace broker.

Now when Afghanistan has taken this first major step towards normalization of democratic process and set the administration boll rolling with Ashraf Ghani as President and Abdullah Abdullah as Chief Executive Officer of the country, all the power hawks in the world are watching this development of political transition there with keen eyes. A new game of diplomatic one-upmanship has begun. As such much will now depend on how the whole political process unfolds there and what line of action is chosen by new powers-that-be in Afghanistan. In the diplomatic power game the US with its western allies and Russia remain the two major international players. Closer home, India, Pakistan and China are three major players vying with each other for supremacy in the region. Some experts see Pakistan as an ally of China. That leaves only India and Pakistan pushing their respective cards there for diplomatic stronghold.

However, the surprising appearance of a new player, Turkey, on the scene has further complicated the game. Turkish President Recep Tayyip Erdoğan visited Afghanistan soon after the swearing-in ceremony and met President Ashraf Ghani there to discuss about the bilateral relations and regional issues. British Prime Minister David Cameron had also made a surprise visit to Kabul in early October and had pledged his support for Afghanistan's newly sworn-in president. Cameron was the first western leader to meet with Ghani, Afghanistan's second elected president.

Though, as such Turkey is not completely a new player in Afghan arena as it has been playing the role of mediator for over a decade to maintain the security in the region. However, Erdoğan was the first Turkish president to have visited Afghanistan in the past 60 years. What made him do so? What new options can Turkey bring on the table? It is said that in spite of over bearing influence of the US in Kabul’s power structure, Turkey seems to have now an “strategic asset” there in the form of Rashid Dostum as the new vice president of Afghanistan. Additionally, Turkey is also an important security provider for Afghanistan and playing the leading role in the upcoming NATO mission to train Afghan Armed forces. Afghanistan also presents good business and trade opportunities for Turkey.

Whatever the reason may be behind the sudden appearance of Turkey on the scene it certainly is not a very good sign for India. At the time of former President Hamid Karzai, India had a “friendly government” in Afghanistan and hence, a kind of strategic edge there. Is India losing its strategic edge in Afghanistan now? Perhaps it will be premature to say that with any certainty.

After the Turkish appearance, another bad sign came for India when the newly elected president Ashraf Ghani chose China as his first foreign destination for his official visit outside the country. The leaders in Beijing are bracing for bigger responsibility in Afghanistan as the bulk of NATO troops are pulling out. China is connected to Afghanistan by the narrow, almost impassable Wakhan Corridor. While talking with Chinese President Xi Jinping at Beijing's Great Hall of the People, Ghani pressed China to open that Wakhan Pass connecting the two countries, a long-held request from Kabul. However, China seems to be in no mood to do so as it fears terrorists’ infiltration after the opening of this passage.

It is time for India to articulate its own policy for Afghanistan clearly. So far, the Modi government has been reluctant to spell out the terms of its engagement with Kabul as the political realities in Afghanistan have been in flux. Though external affairs minister Sushma Swaraj had visited Afghanistan earlier this month, it was largely a symbolic exercise. Swaraj underscored India’s commitment to continue extending all possible help to Afghanistan to meet various challenges and conveyed it would remain engaged in the country’s reconstruction activities in a significant way. Describing India as Afghanistan’s first strategic partner, Swaraj suggested that New Delhi would always share the Afghan people’s vision of a “strong” and “prosperous” Afghanistan. And she thanked the people of Afghanistan for their constant appreciation of India’s partnership with the country. Earlier, on her first visit to the country as External Affairs Minister, Swaraj held talks with Karzai on a number of crucial bilateral and regional issues including further enhancing defense and security assistance from India.

India has been one of the biggest investors in Afghanistan. It has already invested over 2 billion dollars in aid and reconstruction and trained scores of Afghan officers but has been careful in supply of arms and military hardware for fear of provoking Pakistan as well as armed groups in Afghanistan.

India is rightly concerned about the security in the region. The Indian Consulate in Herat province was attacked this year in May. Though it was a botched up attempt but it clearly showed the ferocious design of certain foreign elements there. In August last year, a failed bombing against the Indian Consulate in Jalalabad city near the border with Pakistan killed nine people, including six children, though no Indian officials were hurt. The Indian Embassy in Kabul was attacked twice in 2008 and 2009 that left 75 people dead.

Afghanistan can be seen both as an enabler for India's objectives vis-a-vis Central Asia as well as an avenue for cooperation between India and the Central Asian Republics (CARs). Despite the limitations, it is critical for New Delhi to continue to persist with its policy of engaging with both Afghanistan and the CARs.

In spite of all the odds against its move, India has, nonetheless, managed to remain engaged with Afghanistan and has, in fact, gradually enhanced its presence in the region over the past decade. Given India's objectives in Afghanistan, it is imperative for New Delhi to remain committed to the development and reconstruction of Afghanistan even following the drawdown of foreign troops. Given the present uncertain situation in this post-Karzai Afghanistan, it is really difficult to say with any degree of certainty whether India still has its hold on the power chessboard of Afghanistan or whether it is losing its edge there.