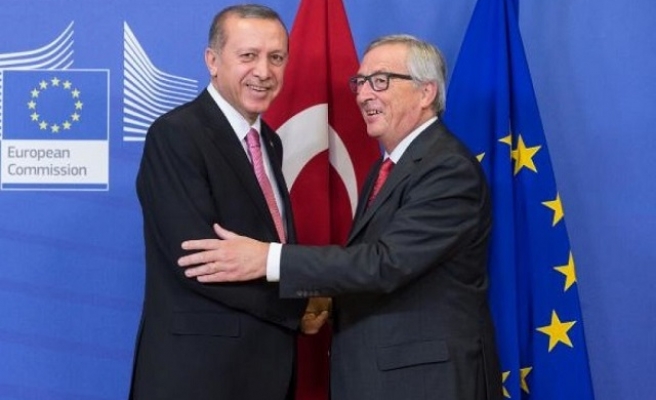 As the refugee crisis has started to feel like a stab wound in the heart of Europe, the agenda has changed. As governments start to guard their lands with barbed wires, the EU's standards have started to sweat. Enclosing the borders with barbed wires means to wake up from the European dream with a nightmare.

A historical question: Is Turkey a part of Europe?

Geostrategic requirements have forced Turkey to seem like a part of Europe from time to time. The Ottomans being accepted by European countries after the Crimean war did not mean that the Ottomans belonged to the European civilization. Despite the fact that France and England declare this to Russia, they have never dismissed the idea of sending the Ottomans out of Europe and back to where they belong.

With the refugee crisis Europe has already started to shape and define where it sees Turkey.

First of all, it is important to ask where Turkey positions itself from Europe. The Republican jargon was that we were a bridge between the East and the West. This can be understood as belonging neither to the East or the West, but being a transit area. This is a geocultural code claiming that Turkey is a sheepish land rather than an assertive one.

What is Europe's, or more precisely, the EU's view on Turkey? Does anybody believe the discourse that gives Turkey the status of a country that is getting ready for full membership to the EU? There is no need to preoccupy one's mind to verify this.

The distinguished and the directors can brush over this as if it were a political and military obligation to create a buffer zone for the refugees coming from the Middle East.

I don't believe, those who indigenize the notion of being a bridge between the East and the West, consider this as the buffer zone.

With a previous agreement made with the EU, the migrants who were deported, and the refugees whose asylum requests were rejected were given the right to freedom of movement in exchange for being sent to Turkey. The EU, who doesn't accept Turkey but doesn't want it to leave either, gives Middle Eastern refugees a home base to settle in. In return, some may recognize the freedom of movement as a palliative solution.

In the long run, it is taking its steps knowing that it will not be able to change the unwritten rules of the formal agreement just like that of the Ottomans becoming a part of Europe.

Besides the practical difficulties the EU is facing while trying to cooperate with Turkey in terms of the refugees, the view hidden in its subconscious is deciphered with its statements and attitudes. Although the EU countries, with Germany at the forefront, are increasing the number of refugees they will take in, the New Romans will not let the barbarians in. For example, Germany is expressing the number of people whose applications they will consider at the border, not the number of people to which it will give migrant status. It is unknown how many of these applicants it will approve. Everything is actually rather clear; they will accept a number of people who are in the appropriate workforces which they are in need.

The conformity criteria here isn't just quality and education. Political and cultural criteria, the strategy of the EU country against the country that will be accepted, its politics and population are also direct determinants. They of course know how to camouflage their deep accounts in a diplomatic language. Even though some small inexperienced and reckless countries may not have the urge to hide this. As you are well aware, some countries openly stated that they would only accept Christian applications.

For some reason the response to “What is Turkey's function in the face of this declaration, intention and strategic plan?” was great silence during this process. A bridge or a buffer zone?

Politics is finding solutions to practical problems. A dimension of the issue is; Turkey explaining the refugee force it is currently facing to the Europeans, and asking them to undertake the financial burdens of the economic and political problems of the refugees since they all want to specifically go to Europe.

If being European means to belong to a civilization, where does Turkey stand in this civilization? If not, what does our own civilization, which has given us the opportunity to exist mean in today's world? Being a bridge actually means not being able to be one's self.

The EU has disclosed its historical and cultural view on Turkey by asking Turkey to open its doors, making it seem like a political obligation, to those who they themselves are actually ostracized.