Jakarta Governor Election: Setting the tone for next Presidential Election

Jakarta’s new governor, Anies Baswedan was inaugurated in a large and highly publicised ceremony on 16 October. 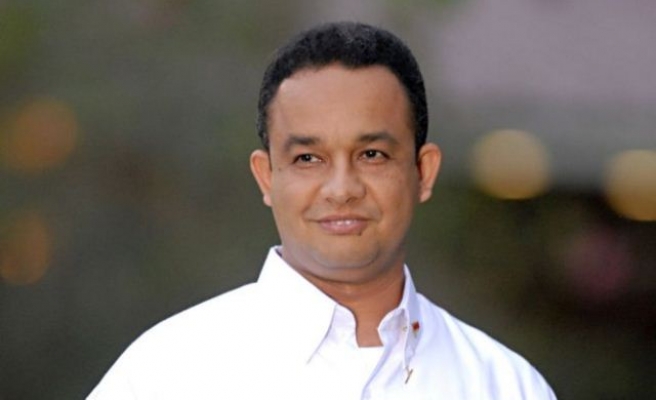 Baswedan, a former University President and minister in Joko Widodd cabinet, had secured 57.96 % vote on April, 19 runoff in the Jakarta gubernatorial election. His victory margin was the largest in the history of Jakarta gubernatorial elections in a highly polarised campaign on religious and ethnic issues. Baswedan entered in the 2017 Jakarta gubernatorial elections, with Sandiaga Uno as his running mate. Accusations by some religious groups that Basuki Tjahaja Purnama, commonly called Ahok, insulted Islam. In the first round of voting on 15 February 2017, Baswedan secured passage to the second round run-off between two candidates, having secured approximately 40% of the vote, behind Ahok on 44%, and well ahead of Agus, son of former president Susilo Bambang Yudhoyono on 16%.

This background, added with magnificent coalition which catapulted Baswedan into Jakarta governor’s office, is seen as a major threat toward Joko Widodo’s electoral prospect in 2019. Some people may say that it is too early to consider Baswedan victory as an indicator for 2019 election whose dynamics may be different from 2017 Jakarta election. While it is true that in presidential election there are a lot more factors to be considered but Baswedan’s victory is one of the most important factors for the next presidential election. There are two reasons for this.

First, it is a pattern. It is a pattern in Indonesia that if you managed to get popularity, you would have bigger opportunity to be elected for a public office. At least, you would have the momentum needed for the candidacy for Presidential election by gain people’s attention. Jakarta governor election gets the most coverage and popularity because Jakarta is the nerve centre of Indonesia’s social, economic and political activities and most of the national media have their headquarters Jakarta.  For all these reasons Jakarta sets the tone for Presidential election.

In fact, Joko Widodo, who is former boss of Baswedan, was himself the governor of Jakarta before his ascendancy into presidential office. Starting as an underdog, Widodo went on to winning both the first and second round of the gubernatorial election in 2012. This is despite he faced two formidable opponent, one was Fauzi Bowo the then-incumbent governor from the then-ruling Democratic party and Hidayat Nurwahid, a figure from Islamic Conservative camp who has strong foothold in Jakarta. His victory catapulted his name nationally, elevating him from largely obscured figure into a brand of “change and revolution” that brought him victory in the 2014 presidential election, winning 53 % of total votes casted, the similar margin of victory in the gubernatorial election.

In 2007, Jakartans elected Fauzi Bowo as their new governor. Hailed from the-then ruling Democratic Party, Bowo’s victory was seen as a signal of Democratic Party chief’s popularity, then president Susilo Bambang Yudhoyono. This is because Bowo, who was a senior civil servant in Jakarta government, eventually managed to defeat his opponent Adang Daradjatun, who was former Deputy Head of Indonesian National Police. Bowo’s victory in gubernatorial election set the platform for President Youdhoyono’s second term in office. Yudhoyono went on to winning the three-way Indonesian presidential election in 2009, garnering higher margin than those of Bowo in 2007.

With the background of this pattern Baswedan’s victory will surely be one of defining moments for Jokowi opponents to ride with the momentum. Baswedan was supported by Front Pembela Islam known for its Islamic leaning and often accused of pandering to radicalism. This support made Baswedan virtually the enemy of most of the mainstream media, even though he went winning the election with the largest margin of victory in the history Jakarta. He achieved this massive victory against an incumbent governor with perceived high success, all pollsters who depicted the gubernatorial race as a tossup, tons of opinion leaders’ endorsement, with supports from incumbent president Joko Widodo and a coalition of 5 major political parties. It is a political event likely the country has never seen, and it has to do with the second importan reason, which was the broad-based coalition formed by Baswedan.

The collation was simplify the brilliant association that brought him and his running mate -Sandiaga Salahuddin Uno- into power. Supporters of Anies Baswedan elected him not only because of his popularity, but because he was seen by the people as the one who support their cause. Baswedan supporters were not only the conservative and nationalist Muslims who believe that they have been treated unjustly by President Widodo administration. The mostly derived from different background, from supporters of the centrist Democratic Party, urban people and activists who were unhappy with the actions taken taken by the current government and its supporters, the Conservative Muslims who made their electoral choices based on their religious values and guidance.

They see that many of the actions of current government and their supporters were misplaced and misguided, such as the prioritization of development who overwhelmingly favors the rich and as covert attempts to undermine religious population. These coalition may not necessarily share each other’s priority, because growing number of conservative Muslims segment care more about their religious guidance while urban people and activists put more emphasis on equality and development, yet they are united by their unhappiness toward the incumbent government and its supporters. This is proven by two evidennces, one is in the reality that despite Widodo’s full support for the incumbent governor Ahok, he instead suffered more vote loss in the 2nd round of the election, when supporters of centrist candidate Agus Yudhoyono virtually put all their supports on Baswedan.

Another evidence is that in second round of the election, the incumbent governor Ahok also tried to pander the Islamic sentiments through renewed efforts yet they failed to break the Baswedan coalition. This issue-based support in the Jakarta election may become another problem for the president Widodo in his re-election. While it may or may not necessarily replicated at the national arena, but the past three Presidential elections are the testimony that the majority of Indonesian voters follow the similar patterns with those of Jakartans. Once they are unhappy, even if generally they are satisfied with the work of the candidate they would not likely vote for the candidate.

Suffice it to say here that Anies Baswedan’s electoral victory may rightly be one of major indicators for the 2019 presidential election; yet if history and pattern is the indication, it is likely that Joko Widodo may not repeat the charisma of his predecessor in the re-run for the second term.