Though Haftar’s forces declare themselves to be the Libyan National army, it has become clear that the west doesn’t view them in the same light. 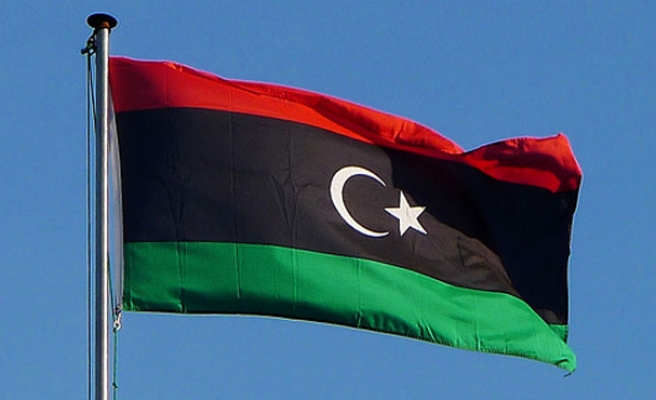 Last week, Libya’s Tobruk based parliament, which the western media chooses to refer to as the “Internationally recognized parliament”, the House of Representatives (HoR) with Egypt, the ever so supportive sponsor by its side, requested that the United Nations lift the arms embargo placed on all parties of Libya.

The HoR and Egypt were meat with ridicule by the two leading members of the UN Security council, the U.S. and the U.K.

“If we fail to have arms provided to us, this can only play into the hands of extremists,” said the HoR’s foreign minister, Mohammed al-Dari, expecting that the western countries leading the council, whose media has made a point of stressing the body’s legitimacy to an unimaginable extent, would support the motion.

The response he received not only shocked him and his Egyptian sponsors, but also marked a turning point in the West’s foreign policies towards the Libyan crisis.

British Foreign Secretary Philip Hammond took the opportunity of the moment to reflect the change in how the EU and U.S. now perceive the internal power struggle in Libya through the use of British parliamentary ridicule.

“The problem is that there isn’t a government in Libya that is effective and in control of its territory. There isn’t a Libyan military which the international community can effectively support, there are just militias” said Hammond, stating that the HoR’s proposal would only further embed the country in the muck of the quagmire it has been embedded in since armed clashes broke out in the summer.

Much to the HoR’s dismay, State Department Spokesperson Jen Psaki would echo the sentiment following the meeting stating that the proposal was simply out of the question as “allowing the Security Council to seek guard against the high risk that weapons may be diverted to non-state actors.”

However the shaming wouldn’t just end there as Secretary of State John Kerry himself would go onto state that he remained “confident” that the west would find a “unanimous approach” towards a “coordinated and effective response with respect to Libya.”

The U.S. and U.K. aren’t the only two western powers who state that a UN brokered unity government between the HoR and the Tripoli based General National Council are necessary as Italy, France and Germany have stated that foreign intervention and a militaristic outcome are not possible in Libya.

The HoR are seeking a lift to the arms embargo following arms talks between the assembly, Egypt and Russia as they hope to redeem billions of arms contracts dating back to the Gaddafi era.

Col. Ahmed al-Mismari, a Spokesman for the Egypt and HoR allied Strongman Khalifa Haftar came clear about the ordeal in an interview with an Egyptian media outlet.

“We have had Russian arms contracts valued at tens of billions of dollars, dating back to before the revolution, which, if implemented, would lead to a quick victory by the Libyan army. Since its inception, the Libyan army’s armament came from the east — from Russia — and we have the military and technical expertise to immediately begin using said armament.”

Though Haftar’s forces declare themselves to be the Libyan National army, it has become clear that the west doesn’t view them in the same light.

Since the emergence of west’s adamant attitude that only a unity government between Libya’s warring assemblies would suffice as an outcome, the HoR has taken a stance of blaming the west for supporting the Muslim Brotherhood, a stance no doubt fueled on by the Sisi administration of Egypt.

Though it yet far from certain, it appears as though Sisi’s ongoing war with the Muslim Brotherhood which has cost thousands of lives in Egypt following the ouster of the country’s first ever democratically elected President Mohammad Morsi has weighed heavily on the conscience of the west.

Following Saudi Arabia’s attempts to patch relations with Qatar, Egypt and the HoR may soon find itself themselves isolated as their ravings against the Muslim Brotherhood may fall on deaf ears all the while arms negotiations with Russia at a time where former Cold War tensions have once again peaked only further weaken the alliance’s case in Libya.