Living under occupation: A view from Kashmir

What is normal for Kashmiris is abnormal for the world. Normal in Kashmir is usually associated with the pause in death. 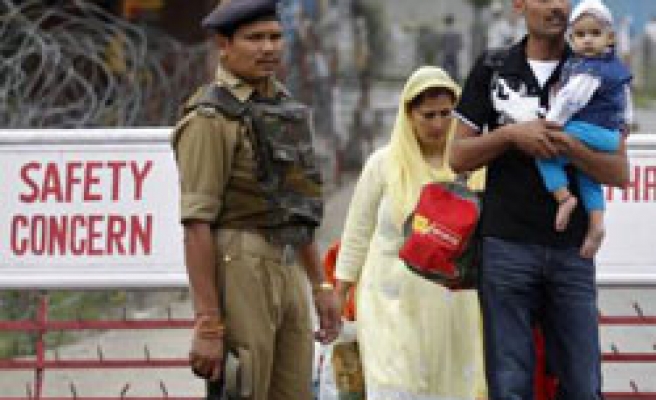 Srinagar was a curfewed city, the city had been under a virtual siege after Kashmiri rebels had struck on an army installation. It was a guerrilla attack that had hit a camp in the old city. The old city was a refuge for guerrillas as it offered them ample space with lanes and alleys that were like maze. The rebels had escaped but the army hunt was going on, the old city was under a siege.

The city looked tired; the roads were empty and the people preferring to lock themselves up in their homes. It was a time when a drunk or an enraged Indian soldier could just shoot at will. Kashmiris were being slaughtered like sheep every day, massacres were a daily occurrence.

The newspaper headlines in the local newspapers were headlined obituaries.

In the deep lanes of Safa Kadal in the old city that criss-crossed its neighborhoods, the boys were playing cricket away from the crosshairs of the troops. Two empty cans of cooking oil served as stumps. While the youngsters played, the elders were puffing cigarettes on the parapet of a half-shuttered shop. Khalid was going to bat after most of his teammates were out. You see he was in his early teens as the unwritten rule goes the young always go last.

It was his day. He batted and drove the ball in gaps among in what seemed to be a typical Aussie field formation through the covers. The neighbourhood team’s captain kept applauding and admiring his batting skills. He offered him to play for the team on Sunday at Eid gah which was a five minute walk from his home.

Eid gah a vast field which was the home of cricket for the people in the old city, (it would also host football matches during the season). Young boys would play cricket on their holidays which seemed like everyday with curfews and hartals in place. There would be scores of matches played at the same time, the field was so vast.

But the space was slowly being taken over by the dead of Kashmir. Martyrs as they were known were quickly being buried into the graveyard in the left. The ages of its dwellers would read like a typical scorecard of the Pakistani cricket team. Babies and teenagers, young and old, men and women, fathers and son, were the part of this part of the field.

In the west of the graveyard, Khalid was asked to open the batting for the team. He had put his pads on for his team. It was an honour for youngsters to have their names on the Mohalla Cricket Team board nailed to pole. Underneath the pole would usually be a memorial stone of the slain, sometimes attached with tap water.

As soon as Khalid took his guard, the military starting firing in the air, they were running after these cricket players. Khalid ran away still padded up. It was usually the scene when the troops would suffer a casualty they would go berserk and fire indiscriminately.  Khalid had to postpone his debut for the safety of his life. He took refuge in a house until the situation got ‘normal’.

Normal. A word that is oft-used by people with Kashmir. Is everything normal in Kashmir? Is the situation normal? Are you normal? These questions have difficult answers. What is normal for Kashmiris is abnormal for the world. Normal in Kashmir is usually associated with the pause in death. Or discussions on the terrible performance of the Pakistani cricket team not the politics in Kashmir.

For me normal would be playing sports. Maybe. One the overwhelming politics of the occupation would go for that period of time. Like when I played football for the district and state team, I would only think of how to win the tackle or create an opportunity for the striker to score. The barbed wires across the fields or the military bunkers at the end of the field would be blurred out when my eyes were on the ball.

But when you’d finish the game, and post match discussions would start to begin in the bus. It usually be interrupted by a checkpoint manned by Indian soldiers who would ask for an identity card. If you’re running out of luck it would be a beating with a stick. Thus the conversation would change into invectives for the occupation.

Our neighbourhood was not as often struck by crackdowns or raids by the Army. We lived on the outskirts of downtown Srinagar which is the hub of resistance movement in Kashmir. But our neighbourhood lacked a vast field like Eid gah. There was a tiny field opposite our house, it was called ‘Parade Bagh’ as it was used by Indian forces to parade during the height of rebellion in the 90s.

Tariq my best friend and I used to make caves in the firewood of the baker in the locality. We would test our hiding skills or make caves where we would eat stolen apples.

I don’t know how politics had come in our lives and affected us. Maybe our childhoods were put to death after seeing a dead body of a family member or a person we knew. We had lost childhoods in the war, for the children of 90s their lives were moulded by concertina wired bunkers, checkpoints and an occasional crackdown where we would sit for hours in burning sun.

It was only sports where we could forget the pain of the memories for a while. Just for a moment our lives had a goal to chase not a bullet to run from. Just for a while we could analyse the average runs to be scored not the possibility of losing our lives to buy milk during crackdowns.

In 2010, Kashmir rose to an uprising which basically served as the transition of the struggle to those who were born in the 1990s. We had an inter-district tournament in Srinagar. Our second match of the day  was in the afternoon. The city was put under siege to curb spontaneous protests that were the order of the day. The burning sun and no wind to cool us down was a punishment, but we preferred it to the beating of a police man or an army soldier.

Our match was cancelled by the officials. The hotheads in our team broke into a scuffle with the officials. Nothing happened. Our team formation talk quickly changed into a-how-to-avoid-troops-while-going-home-strategy.

I reached home avoiding the troops in the streets by going into lanes and alleys of Srinagar.
Silently praying for my other teammates not be sent off to graveyard by the troops who had killed around 128 kids that summer.

The boys in the neighbourhood graduated into stone-pelting youths with their home made balaclava masks.

Now the goal was to hit the soldiers and to show resentment over the twenty years of massacres and memories of the dead we knew. In groups the stone-pelting youth would engage the soldiers in formations that would frustrate the new opponents.  Pacing along the streets and bowling the bricks on the formations of the soldiers who interestingly had knee pads and chest guards to save themselves from the hits.

There is no victory in this, only death that one embraces. The desperation of the youth in Kashmir armed with energy of a suicide bomber to let go off the pain of losing your childhood, would melt even the stones.  Each stone carried a memory along.

Khalid is an independence activist today, who speaks for the right to self-determination. My neighbourhood friends are internet activists and former team-mates are working to create community development. And some are in the graveyards of Eidgah.

Living in the occupation is a terrible place to grow up in, where politics cannot escape your minds. But sometimes it is a blessing as it teaches us to live for others. Maybe our lives could be more peaceful and hunky dory. But life is not a sport after all.