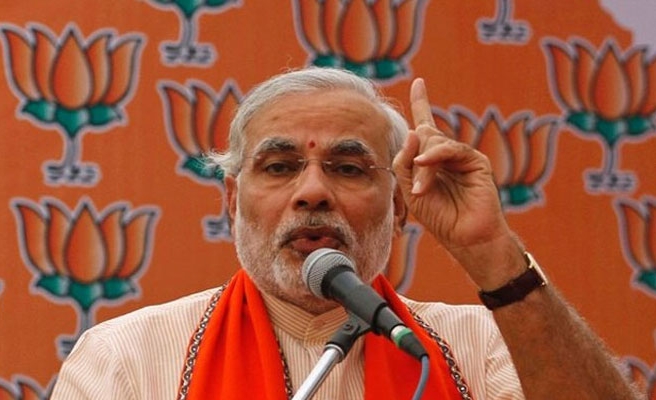 The month-long five-phase Assembly Elections in the state of Bihar concluded on Thursday, November 5. The battle for Bihar is over. The results of exit polls conducted by various pollsters are now out and they differ so widely that it is very difficult to predict the final outcome with any degree of certainty. The final result about who will form the government in Bihar, or whether the state will have a hung Assembly, will be known only on Sunday, November 8, when the vote counts will begin.

However, whatever may be the result; it will certainly set the future course of politics in India. The stake is so big in this election that the ruling BJP (Bhartiya Janata Party – Indian Peoples Party) at the centre under the leadership of Prime Minister Narendra Modi left no stone unturned to win this state election at all cost by hook or by crook. One can gauge the importance of this election from the fact that during electioneering Modi seemed to have forgotten that he was not just a petty politician but had a country to rule being the Prime Minister of India, as he had been touring the state for over a month and addressing innumerable rallies and meetings. Meanwhile the governance in the country took a backseat and the prices of the essential commodities skyrocketed reaching out of the bound of poor citizens.

Undoubtedly, victory in Bihar election is crucial for the BJP, which faced such a crushing defeat this year in the last state election it contested in the state of Delhi from a new incumbent in politics, Arvind Kejriwal and his AAP - Aam Admi Party (Party of Common Man). The Modi-led BJP could win just three out of 70 seats in Delhi election, while AAP swept the poll with historical victory of 67 seats. Now it has become a dire necessity for the BJP to win the Bihar election in order to bolster confidence in the party and also to set the tone for other important forthcoming state elections in West Bengal and Tamil Nadu next year and then the most important Uttar Pradesh assembly elections in 2017.

The BJP also needs this victory to boost its numbers in the Rajya Sabha or Upper House of Parliament, the members of which are elected by legislators in states. At present the ruling BJP is in a minority in the Rajya Sabha. Because of this weakness it faces difficulty in pushing its own agenda.

It is a tough fight between the ruling BJP and the “Grand Alliance” of the state parties and the Congress led by Nitish Kumar of JDU (Janata Dal United – United People’s Group) who has already been two times chief minister of the state. The power of Nitish Kumar lies in his clean image as a mature politician with pro-development leaning as during his 10 years rule he made concerted efforts to put Bihar on development track. His main ally, Lalu Prasad Yadav of the RJD (Rashtriya Janata Dal – National Political Group) is one of the most famous maverick politicians in the county and had ruled the state for 15 years prior to Nitish Kumar.

The fifth and final phase witnessed around 60 per cent voter turnout, the highest in all phases. At 58.6 per cent of overall voters’ percentage, this is also the best voter turnout in Bihar in years as only 53 per cent people had voted in 2010. The interesting highlight of Bihar election was women voters who turned up in larger numbers than men to vote in all phases. Both camps have claimed this will benefit them.

It is noteworthy that the BJP has projected no body as the party’s chief minister candidate in the state election. All along Prime Minister Narendra Modi has been the main face of its election campaign. He has been stationing in the state for a long time and addressed over 30 rallies there. The party has also tied up with three regional parties, mostly dalits (low caste) and backward caste dominated groups, to take benefits of intensely caste-based politics in the state.

As such, popularity-wise the grand alliance of the rival Nitish Kumar camp has an edge there. In order to counter that the BJP has played its racist card of divisive politics to the hilt and tried to divide the voters on the religious line and raised the temperature in the state against the minority communities, mainly Muslims. The ruling BJP has given a free rein to its patron RSS

The entire election campaign for the five-phased election had been very high pitched drama full of rabid animosity and shrill and bitter war of words and actions, with both sides hurling allegations and strong words against each other right till the last minute.

The way the BJP government, under Prime Minister Narendra Modi, has used racist and fundamentalist ideologies to garner the Hindu vote; it indicates a sinister portent and bad omen for the country. A BJP victory in this election will encourage the Hindu fundamentalist elements to wreck havoc and the party to repeat “the feat” in those remaining pockets in the country where regional parties still hold sway.

The BJP and RSS cadres have for long have been indulging in hate campaign against minorities, Muslims in particular. But a sudden vicious downturn in this campaign happened during electioneering with the murder of an innocent Muslim, an ironsmith by profession in a north Indian village for allegedly eating beef (cow meat). Before that there have been numerous instances of killing of writers and thinkers who incurred the wrath of the Hindu right activists for speaking against them.

The extremist Hindu group RSS has been virtually controlling the Modi government ever since its formation in 2014. The RSS has a sinister agenda and is setting its own “like minded” people adhering to Hindutva ideology at all the key posts in all the important cultural, educational institutions and organizations irrespective of their merit. This will have very far reaching implication and vitiate the secular atmosphere in the country. The life and properties of the minority communities will be at risk and at the mercy of these mindless, rabidly racist people.

However, some rays of hope have emanated from the nationwide concerted action of India’s intellectual elite, its scientists, writers, artists, thinkers, film makers, and media persons, who have risen against this vicious campaign of the BJP government. They have returned the national “awards” in protest against the government’s inaction and apathy.

The film makers of the country wrote in their protest letter to the President and Prime MInsiter, “….. We have watched the murders of rationalists and writers like Dr. Narendra Dabholkar, Govind Pansare and M.M.Kalburgi with dismay. These are clearly not random acts of violence. People are being murdered for their beliefs and opinions. The lynching and murder of an ironsmith, Mohammed Akhlaq, in a village at the edge of our national capital has shattered our faith in the spirit of tolerance that is the core of our robust democracy.”