As anger between Arabs and Israelis subsides and gives way to hatred of Iran, Arab-Israeli peace should be more plausible 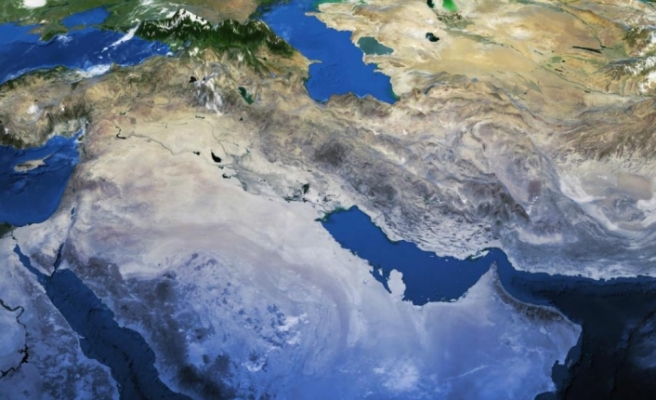 Despite all the wars, chaos and schisms that engulf the Middle East, Washington seems determined to quietly construct a new order. But why would a new Middle East succeed where past efforts failed?

The major difference in America’s new Middle East order is that it is not being put together by diplomats or politicians, but by military generals. Perhaps the American experience in Iraq, where the military were given the steering wheel and successfully put down a civil war, has convinced Washington that the military are much more effective than politicians.

Over the past few years, Israel has insisted that the only pressing danger in the Middle East is Iran, nuclear or not. Under former President Barack Obama, America disagreed with its ally vehemently. But with President Donald Trump, the foreign policies of the U.S. and Israel have merged to a point where they almost look identical.

Other major Israeli allies, such as Saudi Arabia and the United Arab Emirates (UAE), have also reasoned that -- given its reach and aggressive posture -- Iran is the greatest threat to them and their national interests.

Because Iran is the enemy of both, Israel and Gulf states, it was only a matter of time that all those involved arrive at the classic conclusion: My enemy’s enemy is my friend. But friendship between Israel, on the one hand, and the Gulf Cooperation Council (GCC) members, on the other, is easier imagined than done.

The seven-decade-old Arab-Israeli conflict has left much bad blood between the two sides, and with peace between the Palestinians and Israelis seemingly stalling, constructing an alliance between Israel and GCC countries has remained a long shot, even for the biggest Arab advocates of quick and unconditional peace with Israel.

To circumvent Arab animosity toward Israel, and given its successful military-to-military relations with Egypt, Iraq, and to an extent Lebanon, America seems decided that -- where diplomacy and politicians fails -- military generals can succeed.

Against this background, generals from GCC countries, Egypt, Jordan and the U.S. met in Kuwait, earlier this month, to discuss the building of what is coming to be known as the Middle East Strategic Alliance (MESA). Sometimes called the Arab NATO, this military alliance is planned to be more durable than tentative political relations.

The MESA meeting did show some signs of breakthrough, especially with the participation of military commanders representing the two rivals: Saudi Arabia, the UAE, Bahrain and Egypt, on the one hand, and Qatar, on the other.

The new alliance is structured after NATO, where a joint command will be created and most probably manned by American personnel. Meanwhile, the U.S. counts on oil-rich Gulf nations to pick up the tab.

The primary mission of MESA is to guard against two kinds of Iranian activity that the U.S. considers troublesome: Iran’s arming of its militias across the region and its military ability to strike Gulf targets. Either way, the alliance will have to police three waterways, at Hormuz, Bab Al-Mandab, and Suez. The alliance will also support local groups that can interrupt Iranian ability to provision its militias overland, especially groups in northwestern Iraq and northeastern Syria.

Second to military considerations, the U.S. hopes that MESA will yield political gains. If Qatar and its opponents can fit in a military MESA meeting, there is no reason why such cooperation cannot be expanded to include intelligence, and perhaps later restore diplomatic ties.

Finally, MESA would not be complete without introducing Israel as some sort of partner. After all, Israel and MESA will be shooting in the same direction, mainly against Iran and its militias across the region, and hence, it only makes sense to suggest military cooperation between Israel and the new alliance. Because any Gulf-Israeli cooperation will be military, it should not raise the eyebrows of those Arabs who oppose the normalization of relations with Israel.

But like in the case of Qatar and its rivals, military cooperation can open the way toward improving Arab relations with Israel on other levels. If Arab Israeli relations start warming up, militarily then diplomatically, the ground will become ripe for the execution of the “Deal of the Century,” a peace treaty whose architect is Jason Greenblatt and his sponsor at the administration, Jared Kushner, Trump’s senior advisor and son-in-law.

While still at its early stages, MESA looks a win-win situation for the U.S. and its allies. Channeling Arab and Israeli anger toward Iran helps both sides weaken a stubborn and troublemaking adversary, while at the same time lessens the anger that both sides, the Arabs and the Israelis, have expressed against one another for almost a century. As the anger between the Arabs and Israelis subsides and gives way to hatred of Iran, Arab-Israeli peace should be more plausible.

Military cooperation has proven to be transcendental and more durable than political friendships. As such, MESA can serve as the cornerstone of inter-Gulf peace, as well as Arab-Israeli peace, while forcing Iran to retreat.

While a hot issue inside Washington, MESA has remained the realm of army generals rather than diplomats and politicians, and has as such maintained a low profile, especially when compared to previous U.S. attempts that often came with much fanfare and little results.