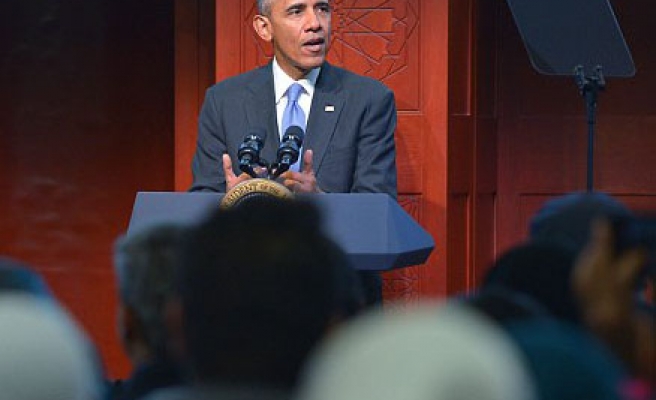 Akif Emre
You will all remember that many journalists from different backgrounds and walks of life made very optimistic comments upon US President Barack Obama's election as the first black president. Despite its white elite power, a black man being elected as president of the world's greatest unrivalled country was due to the merits of democracy and the US' new world vision.

It was assumed that the hegemonic politics applied by the Bush management, the neo-cons, under the name of global war on terrorism were unsuccessful. Both Afghanistan and Iraq were invaded, yet neither was democracy restored nor did the US military achieve decisive victory. Besides, the war on terrorism discourse was based on the Islamophobic discourse adopted by the neo-cons, and thus this turned into a “conflict of civilizations” and a war on Islam. Those who at first argued that the US did not wage war on Islam, then started to argue that this was a war on Islamic terrorism.

Coming to power at this point, Obama's famous Cairo talk was more agreeable, unlike that of the neo-cons, and more peace-loving according to those who made comments. While leaving aside the theory of the clash of civilizations and emphasizing the common points between the East and West and using a religious – more correctly a Christian – language when saying “we are all the same Lord's children,” he was belittling the Quran and promising a new America.

From this point, those who thought that this would bring the end of neo-con Islamophobia were very happy. However, those who did not know what would replace the neo-con style Islamophobia, would consider the invalid analyses made with strategic short-sightedness believing that American strategies would change with the change of power...

Whereas, the US now led by Obama, continued to be ruled with hegemonic strategies left over from the neo-cons, only in a different style, this time using liberal arguments. In order to understand this, it is important to read the military characteristic structure of the American empire and the global strategies as a whole.

Despite promising to withdraw from Afghanistan, yet continuing to keep troops there and in fact backing up with more soldiers, Obama then included Pakistan in the war and applied the strategies of the Bush period on many regions, including the Middle East. The only difference was that instead of engaging in expensive, risky and long-term invasions, the US military, this time, found local allies in the regions and assisted them with air operations. National security documents can show what has changed and what has remained the same.

While adopting dissuasive military measures against its probable opponents on one hand, they would turn to sophisticated styles including absorbing opponent powers within multiple international structures on the other hand. For example: Despite its traditional ally Pakistan, to side with India and confederate against it, and to preserve its military existence in Afghanistan to be among the competitors having nuclear powers.

The most concrete application of the new strategy was actualized in Syria and Iraq.

As drone attacks and airstrikes continue, American staff officers are of course aware that they cannot get results based simply on these. If a strategy based on dropping bombs from the air is employed, then it should be asked who the force on the ground end of this will be.

Liberal Islamophobia, which has taken over from Neo-Con Islamophobia, is not yielding different results in the area. Why did it invent a new Islamic terrorism discourse through Daesh while emphasizing an attitude based on partnerships instead of the hostility between America and the Islamic countries? Or why did they overlook an organization such as Daesh to freely establish dominance in the area? Leaving Daesh aside, how could the fact that, they could first hearten the Syrian opposition by showing support and then leave them to the mercy of Russia, be explained?

The black man's “Liberal Islamophobia” has taken over the “white man's mission” and legitimized Daesh through the media. This is the black man mask used by the white man, starting with criticism of the Crusade the Neo-cons started to democratize the Islamic world and bring freedom and prosperity to them... The oppositions are too Islamic and Baath is secular; Daesh is outdated, and the secular Kurds are closer to civilization... Leaving America's exploitive, intruding image to the Russians in such a restricted region is just cunning.

The big strategies of big states do not change with governments, only their arguments and styles do. This is how Obama's Liberal Islamophobia replaces Neo-Con Islamophobia.