Post Geneva-2: Syria still at the Cross Road of Dilemma 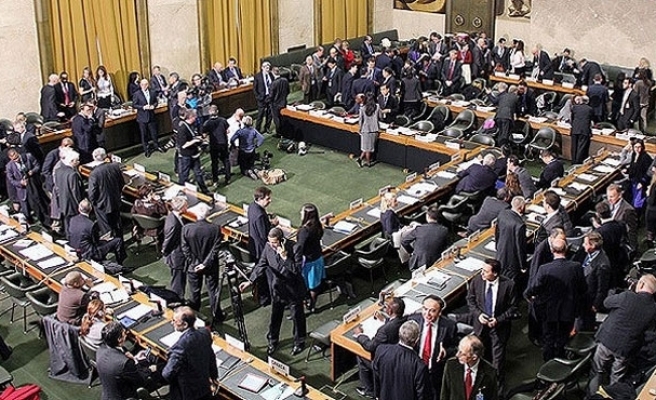 The UNO- backed international peace conference on the future of Syria with the aim of ending the   three- year old crisis, by bringing together the Syrian government and the Syrian opposition to discuss the clear steps towards formation of a transitional government for Syria with full executive powers, proved to be an exercise in futility.

The conference had taken place on 22 January 2014 in Monteux and again on 23–31 January 2014 in Geneva (Switzerland). It was pursued by the UN peace envoy to Syria, Lakhdar Brahimi, in cooperation with the United States’ and Russian foreign ministers, John Kerry and Sergei Lavarov, respectively. The Geneva-2 could take place only after a long gap since the Geneva-1, held in June 2012..

The much-touted Geneva-2 talks aimed to solve the ongoing Syrian crisis ended with accusations and remained unrequited as expected before it’s beginning.  Ironically, the two goals these talks appear to have accomplished were to provide the absolute legitimacy to the brutal regime of Syrian president, Bashar Al-Assad, and the partial legitimacy to the moderate opposition coalition. However, the talks brought the two warring sides for the first time to sit across the table, since the beginning of the Syrian uprising in early 2011.

To add a little more, it was of some significance that for the first time in Syria’s history, the Assad regime acknowledged and, in a way, legitimized opposition to its rule.

The Geneva-2 conference could not achieve its objective to implement the Geneva-1 Communiqué of 30 June 2012, to establish a transitional government, end the war, and start a process toward the formation of a democratic, New Syrian republic.

According to the Syrian Observatory for Human Rights, a UK-based pro-opposition group,  at least 1,900 people were killed in Syria during the period of  the ongoing negotiations, mostly due to Assad’s loyal forces’ barrel bombing in the opposition held cities and villages.

As Turkish President Abdullah Gul, while returning to Turkey from a trip to Rome, said, “Damascus is in a much better position today vis-à-vis its opponents in Syria, thanks to the help it has received from Iran.” President Gul further added, “For Iran, Syria is a matter of life and death. For us, it is a humanitarian issue. For Russia, it is a matter of warm seas, the only stronghold issue. It keeps saying ‘I will end the war.’ I had said earlier that the rhetoric of the Western world was strong but that would not be reflected on the field; it was only valor.”

While presenting my analysis on the proposed Geneva-2 talks in my earlier article of January 21, I had expressed explicitly that  such talks were not intended to achieve any momentous result to bring the much-hyped peace and tranquility in Syria , rather they were to select between the hardliner or a relatively soft-liner opposition against the Al-Assad regime in Damascus.

In furtherance to that observation, the war within opposition ranks will ultimately result in to more bloodshed, and would promote the western agenda of finding the moderates among the opponents of Al-Assad.

At the end of the inconclusive Geneva-2 talks, the Syrian Foreign Minister and chief negotiator, Walid Muallem, indicted the opposition as immature, while Louay Safi, Syrian opposition coalition (SOC) spokesman, said that the regime had no desire to stop the bloodshed. However, the UN envoy, Lakhdar Brahimi, expressed that he had seen some "common ground", and scheduled more talks for 10 February.The opposition has agreed to take part in the meet, but Mr Muallem refused to commit. Russia on 4th February confirmed the participation of Syrian government’s representatives in the proposed continuing talks on 10 February.

What makes the scenario more worrisome is the fact that the recent regional maneuvers by the global as well as regional powers can hardly be expected to provide any tangible solution to the ongoing crisis.  In fact, the US-EU rapprochement towards Iran, Nouri Al-Maliki’s purging of Sunni political representatives in Iraq, inter- squabbles in Turkish Politics, and unsettled Egypt even after 7 months of the coup, and mounting sectarian conflicts in the region are all intertwined to each other, thus making the situation more complicated for finding a solution to the present Syrian crisis, acceptable to all. And while the West is found zealously preoccupied with creating such chaotic situations where they would fish out of the troubled waters, the east continues to revel in its devastations.

It is believed in diplomatic circles that Syria was one of the central topics of closed-door talks during Turkish Prime Minister Recep Tayyip Erdogan’s visit to Iran and that was later echoed by the Turkish president Gul’s proposal on Turkey-Iran dialogue to solve the Syrian crisis.

In an exclusive interview with Al-Monitor, shortly after the close of the Geneva-2 talks, Syrian Foreign Minister, Walid Moallem, called for a "national unity government" to include representatives from opposition groups. This proposal should be considered in the context of the Geneva-2  framework as a possible bid to gain some needed traction in the transition talks.

In an interview to CNN television, the US secretary of State, John Kerry, has admitted “It's fair to say that Assad has improved his position a little bit, yes. But he's still not winning. This is a stalemate,” He also warned that "we don't have years" to find a way to end the war.

Albeit there is no sign that Bashar Al-Assad is leaving the stage in Syria in the near future, through  negotiations or a military setback, it remains to be seen for how long the West in general and the EU in particular will carry on with its search for a moderate opposition against AL-Assad to fix the humanitarian crisis in Syria. In the meantime, however, Turkey and Iran may keep themselves engaged in exploring the possibilities for a lasting peace in Syria as also in the region. If they do so, it will be their strategic wisdom, going definitely a long way to expose the Western complicity while helping the region rise from the morass of adverse geopolitical game-plan.

As I stated in the beginning on the legitimacy that these talks have provided to Al-Assad, it might not be surprising that Al-Assad would be willingly grant few concessions to the opposition to get full-fledged legitimacy from the international community. But that would not be the justice to over 100 thousands killed and 7 million refugees of the devastated Syria.

Article covered many points & recent developments between Turkey-Iran negotiations. I think that Iran will not move from it's position of fully backing Assad til the end & US-EU are silently backing Iran on Syria....

This is all in all a great Article. But I disagree on few core notions. The Author cites turkish FM Gul: "For Iran, Syria is a matter of life and death". This is only true if we see Syria as an integral part of Iran. Like post-Saddam Iraq is an integral part of Iran after Iran cooperated with the U.S to get rid of anti-zionist secular Saddam. Unlike Turkey Iran wants total domination in it´s sphere of influence.

I agree for Iran Syria is life and death. Specially right now that the Iraqi Regime under Maliki gets direct orders from Iran and it is under turmoil! Iranian regime has repeatedly stated that loosing Syria is like loosing Tehran.