Regime-change is only the Cover-Story

Since 2003, the United States’ Eurasian policy has been centrally defined, not by regime-change, but by destabilization for its own sake. 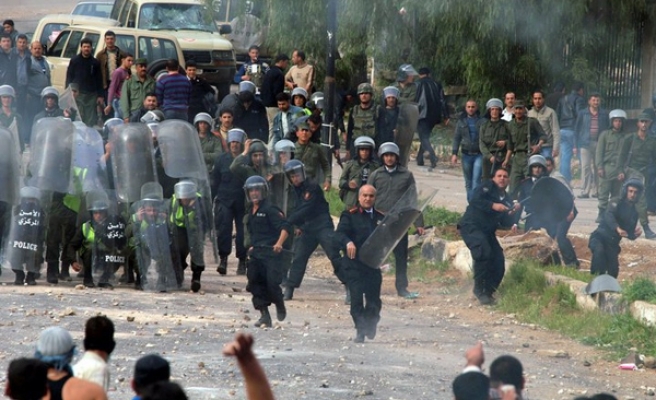 In considering the United States’ litany of military misadventures, in particular since the invasion of Iraq in 2003, it is not uncommon for people to express a certain level of incredulity in relation to the level of naivete which is manifested in American foreign policy. The regime-change projects which have been undertaken from Iraq to Libya to Ukraine, we tell ourselves, demonstrates that America’s political classes are fundamentally ignorant as to how the rest of the world works. How can they imagine that they can simply wave a magic wand, and re-make the world in their image?

On a purely aspirational level, the United States would certainly like to plant pro-American governments in countries where were previously aligned with the United States’ major geo-strategic rivals – yes, that aspiration certainly exists. But the State Department and Pentagon’s mandarins are perfectly well aware that, in most given cases, the chances of maintaining stability post-invasion are extremely remote. Regime-change becomes a meaningless strategic goal if the target-nation descends into anarchy after the Americans have intervened. In that event, regime-change will not, of itself, serve any strategic purpose whatsoever. The United States’ foreign policy intelligentsia is perfectly well aware of this, and furthermore understands perfectly well that this descent into anarchy is the most probable outcome in the case of most target-nations.

So ostensively, regime-change is Plan A, but only on the understanding that Plan A is very unlikely to produce a stable American ally/colony, and therefore will almost certainly morph into Plan B post-intervention. Plan B is destabilization for its own sake. And, seeing as destabilization is the far more probable and achievable objective, and furthermore that this is predictable before the fact, we have to see destabilization, in itself, as more central to American foreign policy thinking.

Take Ukraine, for example – nominally, regime-change was achieved, but only at the cost of creating a smaller and infinitely less stable Ukraine, a country stripped of its industrial heartland, with a government unable to govern, and in no position whatsoever to join NATO. In other words, regime-change was brought about in Ukraine at the cost of producing a Ukraine which is, and will be for some time to come, utterly useless to the United States as an economic or military partner. As it stands, even economic colonization would probably prove to be an unprofitable endeavour. In a country where property-rights rest on shaky legal ground, Ukrainian oligarchs will most likely loot the country before American investors have a chance to.

The United States foreign policy intelligentsia is not so cretinous that it fails to envisage developments such as these. In order to understand their thinking, we have to set the regime-change narrative aside.

And we must not forget that destabilization for its own sake has a long history as an American foreign policy objective, starting with Operation Cyclone in the late 1970’s. Seeding Islamic radicalism in central Asia as a means to destabilize the Soviet Union was spectacularly successful. One of the principal architects of Cyclone, Zbigniew Brzezinski, has in recent years publicly stated the view that a continued uni-polar American global hegemony is no longer possible – the re-assertion of claims to spheres of influence by both Russia and China, in addition to China’s emergence as an economic super-power and the political awakening of the global masses enabled by social media, spells the decline of American imperial power. It is in this context that we should try to understand the re-emergence of destabilization as an American foreign policy objective. It is the United States’ most reliable method of slowing down the process of imperial decline, a process of which America’s foreign policy intelligentsia is perfectly well aware, despite their usage of regime-change hubris.

The radical destabilization of Libya severely damaged Chinese commercial interests in North Africa, and the successive attempted destabilizations of several post-Soviet republics has, as it central goal, the presentation of developmental handicaps to Russia. The future development of the Eurasian Customs Union and of a prospective “Ruble-zone” present challenges to dollar-hegemony. In light of this, we should think carefully before we dismiss American geo-strategic ineptitude with regard to Ukraine – whether we like it or not, the Americans did get a significant piece of what they wanted in that theatre. As Brzezinski had written in his 1997 book The Grand Chessboard that “without Ukraine, Russia ceases to be a Eurasian empire.” And considering Ukraine’s geography, we should also bear in mind that its destabilization poses significant problems for the project of Eurasian integration generally – it is not only Russia’s, but also China’s and Germany’s economic spheres of influence which are affected. Ultimately, the Americans’ central objective is to stall Eurasian economic integration for as long as possible. Regime-change is incidental to that goal.