Repercussions of the Syria war in Lebanon

Hezbollah, on whom the great task of preventing the war from spilling over into Lebanon falls, seems to be willing to sacrifice its country according to the demands of its ally Assad and the current conjunctures of the Iran-Syria-Hezbollah axis. 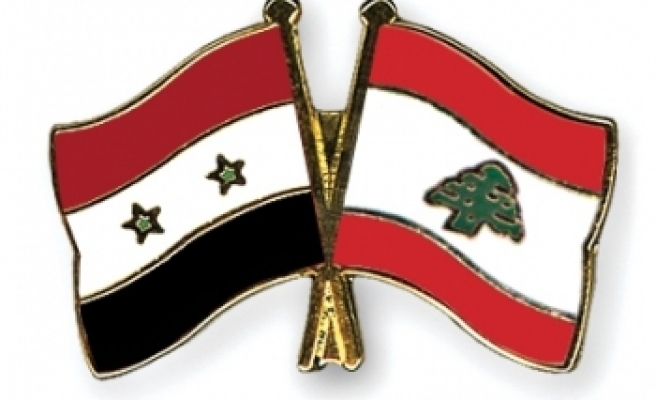 A car bomb rocked a neighborhood that was a Hezbollah stronghold in the south of Beirut on July 9. A week prior, Lebanon had come on the agenda due to the fighting occurring in Sidon between the supporters of Salafist cleric Ahmad al-Assir and the Lebanese army. Although the tension affiliated with Syria escalated right after Hezbollah declared its military involvement in Syria beside the Assad forces, the war in Syria continues of affect Lebanon the most, as it has done from the very beginning.

The Effect of Syria on Lebanon

In addition to being neigbours, Syria and Lebanon have strong historical, sociocultural, religious and political ties. Beyond the intertwining of the societies in both countries, Lebanon slipped into Syria’s sphere of influence with the political impact of Hafez Assad’s ‘Greater Syria’ policy, the power supplied by the stationing of the Syrian Army in Lebanon during the 1975 Civil War, and the Taif Agreement which ended the war. In the meantime, Syria intervened in the political and bureaucratic life of Lebanon including its administrations, presidential terms, and the appointments of high-level state officials. It also played a crucial role in Hezbollah’s emergence as a military and political power. During the 30 years in which the Syrian army remained in Lebanon, it was perceived by some segments of society as a source for unresolved crimes, assassinations, and people going missing while in custody, while other segments viewed it as fulfilling a rescuing role which would improve their situation in the country. Lebanese political and social life, which was defined in terms of religious identities, was divided between those supportive of and those against Syria. While Sunni Muslims and Christian Maronites who did not wish to lose the privileged positions they had held since the founding of Lebanon assumed an anti-Syrian stance, the population-wise underrepresented Shiites, Assad-supporting Nusayris, and some Christian groups who were against the status quo for political and historical reasons supported Syria. The history-based deeply fragmented and sectarian structure of Lebanese society was completely divided after the assassination of anti-Syrian former Prime Minister Rafik Hariri in 2005. Due to intense international pressure, particularly from the US under the Bush administration which placed Syria on the “axis of evil” in 2002, and reactions from the Lebanese public, Syria withdrew its soldiers from Lebanon in accordance with the UN’s 1559-numbered decision. By leaving Lebanon in a state where it was divided between those for and against Syria, Syria added political tensions to the centuries’ old fragile structure, leaving Lebanon exposed to external influences.

Lebanon after the Syrian Crisis

Lebanese politics, which had long been shaped according to Syria, were stirred once again with the commencement of anti-Assad demonstrations. Prime Minister Mikati managed, months after Hezbollah and its supporters resigned from the administration of anti-Syrian Saad Hariri in early 2011, to form a government with Hezbollah’s support and to end the political crisis, but also became the target of both the Syrian regime and the Lebanese who supported the Syrian opposition against the Syrian regime. In order to prevent the spread of the Syrian crisis into his country, Mikati announced a “noninvolvement policy” of not taking a side regarding the developments in Syria. However, it was impossible for his country not to be effected given that “if it rains in Syria, the Lebanese open umbrellas.”

The restlessness in Lebanon that accompanied the Syrian uprising turned into armed conflict in Tripoli which is home to anti-Syrian Sunnis and pro-Assad Nusayris. The clashes which began in June 2011 and went on to claim many lives, while injuring many others, continue from time to time. As the war in Syria gained momentum, the Lebanese economy which depends on tourism and the finance sector approached the point of collapse. The number of Syrian refugees in the country with a population of 4 million reached 500 thousand. Due to the rockets and mortars thrown by the Assad forces and the opposition, the residential areas near the Lebanon-Syria border came under fire. After the Free Syrian Army’s (FSA) kidnapping of Lebanese Shiite Hajj pilgrims in May 2012 in order to threaten Hezbollah, abductions began between the Shiite groups and Syrian opposition in the country. After Hezbollah commenced de facto support to Assad soldiers, rocket launcher attacks were prepared against Hezbollah strongholds in Beirut. Clashes regarding the war in Syria ensued between the Syrian opposition and Hezbollah, and between Hezbollah and the Sunni groups supporting the Syrian opposition.

There were two developments which led to the spread of clashes to various places in Lebanon, particularly Tripoli, Sidon and Beirut: a Sunni religious official’s losing his life in May 2012 when Lebanese soldiers opened fire at a check point, and the November assassination of Lebanese Intelligence Chief Wisam Hasan, the the only anti-Syrian high-level official in the state. Both developments accelerated the pace at which those against Syria took up arms against the Lebanese government, armed forces and Hezbollah which they accused of being pro-Syrian regime. Furthermore, clashes were sparked in May 2013 when Hezbollah announced it was fighting alongside the Assad regime, a close ally against Israel which facilitated the transportation of aid from Iran. Sunni groups increased their armed militia strength against Hezbollah, and in Sidon fought against Hezbollah, and then the Lebanese armed forces.

Lebanon on the brink of civil war

While a copy of the Syrian war is occurring in a heated way between the FSA and Hezbollah in Lebanon, low intensity conflict is also taking place due to the previously existent Syria-based polarization. While the resulting image may appear to be one of religious wars, the main axis of the conflicts is the country's political internal feuds. Maronites and Sunnis who have had political and socio-economic privileges since the establishment of the Lebanese state do not want to lose their privileges to the Shiites whose population has rapidly grown in recent years, and who are trying to brush off the pain of decades of exclusion from the system through the power of Hezbollah. As has been the case for centuries, Lebanon's multi-denominational structure renders it vulnerable to external influences and instability. This time Syria appears as the power which will touch the dominoes of the country.

The political legitimacy crisis in Lebanon which accompanied the collapse of the government after the resignation in March of Prime Minister Mikati is still ongoing. With the postponement of the elections scheduled for June until the autumn of 2014, the parliament is also having a crisis of legitimacy. Along with the fragmented structure of the Lebanese army, the weak condition of all state institutions continues to be a risk factor for the stability of the country. The EU, US, Gulf countries and Russia do not want war to break out in Lebanon. Those who could benefit from such a war are Israel, which prefers micro-states in the Arab world, and the Assad administration, which seeks to prove that the war in his country has the potential to spread to the Middle East. It appears inevitable that the current conflict may spread across the country, depending on the attitude of the actors fighting in Syria and Lebanon. Hezbollah, on whom the great task of preventing the war from spilling over into Lebanon falls, seems to be willing to sacrifice its country according to the demands of its ally Assad and the current conjunctures of the Iran-Syria-Hezbollah axis. The Lebanese people, who have no intention to enter a war after their experience with a 15 year civil war, are being whetted against each other at the hands of these actors with each passing day.