Despite two years of massive ongoing repression, Sisi has since failed in his sinister design to drag Muslim Brotherhood into violence as he had expected 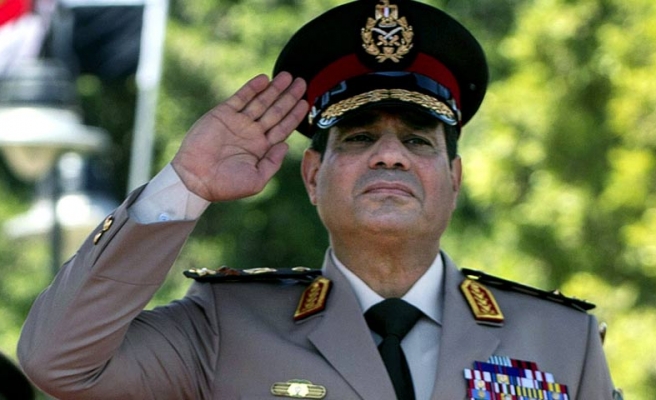 Egyptian coup-leader Abdel Fattah el-Sisi’s basic ill-conceived strategy was clear from the start, "Give me a mandate to confront potential terrorism!" A mandate that was intended to justify his bloody coup and later his monopoly of power by proving the ‘potential terrorism’ into a reality, thereby extending his mandate of military rule indefinitely. However, Sisi’s strategy could not succeed as the biggest political opposition in the country has proved resilient, thus far.

Despite the two years of massive ongoing repression, Sisi has since failed in his sinister design to drag the Muslim Brotherhood into violence as he had expected. It is true that the group has been under enormous political and security pressures, and there is an immense criticism on the group post-revolution from a few parties, including some of its own youths who have been growing in frustration, but it is also clear that there is a firm strategic decision on the part of the century- old group and its leaders are not to be dragged in to violence, thereby falling into the net treacherously spread by Sisi.

His media outlets have instigated the association between freedom and human rights with the objective of creating violence and chaos. While his mandate offers only security and leaves no space for rights and freedom while the state fights the so called ‘terrorism’ - blackmailing the Egyptian public into choosing between repressive security and chaos.

Clearly, the Egyptian junta regime and the media, and with them the dictator- loving Arab-states (which lead the regional counter-revolutions) were frantically seeking to drag the Brotherhood into violence to justify their action of placing them into the "war on terror" cliché, but with the Egyptian revolution obstinate, causing immense embarrassment and criticism against the tyrannical practices of Sisi and his funders and backers. All this has practically drawn a large segment of the Arab and Western public to sympathize with the cause of Brotherhood.

Sisi ingeniously supported by the west’s technology and gulf oil-money, has invested excessively in the media machine to maintain a relentless anti-Brotherhood campaign of demonizing and dehumanizing its members or any of its sympathisers. His aim has obviously been to polarise the once united Egyptian society by creating an atmosphere of mutual hatred and fear psychosis.

From its inception, the Muslim Brotherhood has modelled a critical attitude towards violence, throughout its history, the organisation passed through several stints with the successive governments, being victims of many chapters of severe oppression, discrimination and even murders. Any of those notorious chapters of state-cruelty could have given the Brotherhood validation for changing their outlook. Yet, that has not

occurred, it is evident that they have been firmly committed to their ideals of non-violence, and have willingly chosen the path of civil and democratic means of struggle.

Nothing could serve the despotic regime more than the Brotherhood shifting to violence, and giving up their peaceful approach; this scenario, in practice, would be awarding Sisi’s regime the life-line that he so desperately seeks, and would fulfil the aspirations of his propaganda. Engaging in the peaceful approach draws more Egyptian people closer to the revolution as they progressively and gently grow aware of the harsh reality of the coup regime, its inhuman criminal policies, repression and false propaganda.

There is no stronger backlash on dictators than peaceful resistance.

The Muslim Brotherhood has experienced scores of attempts (perhaps hundreds), in order to dragging them into the quagmire of violence and terrorism through provocative attempts by the Sisi regime. Repeated violation of rights, continuing tortures, forced abduction and illegal detention and unprecedented detention of female protestors--an act that was a ‘red line’ even for the ousted Mubarak regime over the years, and even frowned upon by the chauvinistic bigots.

With the rise of frustrations within the youth cadres of the group and then losing hope in any peaceful transformation amidst such dystopian environment, in conjunction with the poisoned media campaigns that seek to demonize the Brotherhood. The betrayal of the Egyptian liberals and other factions of the January 25 revolution that have colluded themselves with the regime and not with the values of democracy and human rights--- all these have gone naturally to fuel the frustrations of the younger generations.

However, the leaders of the Brotherhood have taken a firm position against anyone who falls out of the peaceful setup. They have called onto their members firmly that those who belong to the organisation must adopt its peaceful approach; if they act or promote a different line of action, they will find themselves banned from the group.

Thus, the position taken by the Brotherhood is its strategic success while making the Sisi’s malicious provocations against the group an abject failure. The Muslim Brotherhood’s confidence in the success of its constructive response to the ill-conceived goading by the Egyptian dictator will get strengthened more and more; the tyrannical acts of Sisi and his despotic patrons will finally prove a criminal exercise in futility, with the nemesis they are destined to meet inevitably.