The Syrian airspace is the primary factor in determining the course of the war, and particularly in its tendency to erupt into a regional conflict 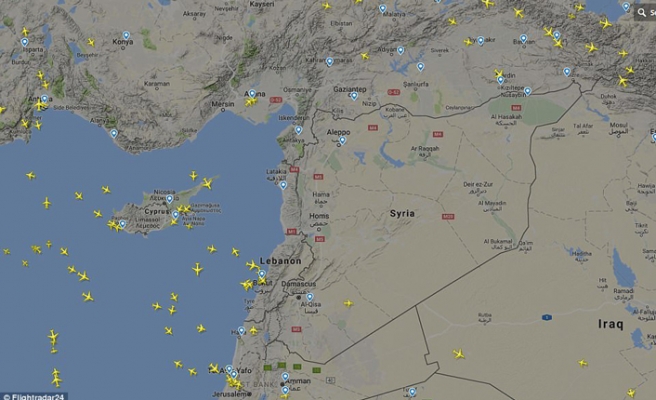 The only point that the Russian and Israeli sources have agreed on is that the defense system that downed the IL-20 was an S-200 SAM (surface-to-air missile), which belonged to the Syrian Arab Air Defense Force. Apart from this important detail, widely different statements came from the two states as to what happened. However, there is a more critical aspect of the incident than the debate on which military-technical and diplomatic explanation may have been closer to the truth than others. Immediately after the incident, Moscow announced that it was delivering S-300 air defense systems to the Baath regime and that it had launched an extensive air defense modernization program. On the other hand, in addition to Israel not indicating that it would stop its activities in the Syrian airspace, news articles appeared in the international press saying that the primary goal of the U.S. administration in Syria was to put an end to Iran's forward-deployed military bases. Apparently, given the current circumstances, we will now have to use more dire terms than "minefield" to talk about the Syrian airspace. While many evaluations coming from international strategy circles are exclusively focused on the critical M4 and M5 highways, the Euphrates, and a number of tactically significant residential areas, there is something that is partly overlooked and partly covered-up: it is the fact that the Syrian airspace is the primary factor in determining the course of the war, and particularly in its tendency to erupt into a regional conflict. In the last three years, the most critical and sensational conflicts in which state-level actors directly targeted each other have occurred in the air.

The S-200 SAM system is essentially a Cold War legacy. Designated by the NATO as SA-5 Gammon, the system was designed in the 1960s for strategic air defense. The available information in the literature show that Syria had in its possession an export version of this system as early as the 1980s. The S-200 systems in the Syrian inventory, which, until recently, remained highly insignificant because of their static structure and obsolete technology, were silent, for instance, in the face of the Israeli intervention against the al-Kibar nuclear facility in 2007. There have been reports, however, stating that these systems were endowed with more reliable capabilities through Moscow's modernization efforts that began after 2016. In fact, in Feb. 2018, the S-200s shot down an F-16I of the Israeli Air Force.

Technically speaking, we know that the S-300 SAM family (or more precisely, the S-300 SAM families, which include the V and P series) are mobile systems, unlike the S-200, which is a second-generation Soviet SAM system, which means that it operates on the design philosophy of static air defense configurations. Therefore, in the event of a war, the S-300s have a much greater chance of survival than the S-200s. Additionally, the S-300 systems have a clear advantage over the S-200s in terms of the number of targets they can concurrently engage and their network-centric capabilities.

Compared to the S-400s, however, the S-300s are more vulnerable to electronic warfare measures and their capabilities against stealth aircraft, such as the F-35, are rather limited.  The Russian Federation has already deployed S-400s in Syria.

In sum, having the S-300s, for the Syrian Baath regime, is a defense acquisition that must be seen as a great leap forward in terms of its own inventory and particularly given that it had been seeking to obtain these systems for many years. Yet, this development, on its own, will not cause a serious jolt in the military strategic balance between Syria and Israel. The most important issue, however, is that Moscow has been imposing a political will to have the Syrian airspace closed to third parties. Russian military strategy circles have been known to have this tendency for a long time. And with the downing of the IL-20 fighter jet, the Kremlin seems to have got closer to making this tendency a reality.

Of course, Moscow's program of boosting its air defense capabilities in Syria is not limited to the S-300s. It was previously known, for example, that numerous low-to-mid-altitude Pantsyr S-1 air defense systems were delivered to the regime forces. In addition to the S-300s, these deliveries might be followed by the introduction of new measures in Syria, such as a more intensive deployment of advanced electronic warfare capabilities, the strengthening of the radar network, and the boosting of the inventory of low- and medium-altitude SAMs. Of course, one must understand that Israel will be taking measures too. Even if the Syrian airspace proves too risky, the Israeli military elite have options, such as tactical ballistic missiles and long-range guided rocket strikes.

In the political-military focal point of the S-300 crisis in Syria, there remain the Israeli Air Force, the forward-deployed elements of the Russian Federation's Aerospace Forces as well as the Syrian Arab Air Defense Forces. However, if this issue is seen from a wider perspective, one can realize that the actual geopolitical center of gravity of these events is the Iranian presence in Syria, which is becoming more and more permanent and taking on an increasingly strategic nature, coupled with the game-changing arms deliveries to the Lebanese Hezbollah. Being aware of this nuance can help one understand critical developments.

The military alliance between Syria and Iran that developed in the early 2000s amidst the Bush administration's threats of large-scale military interventions is at a completely different point today. Although the Syrian-Iranian military agreement, which was forged in 2005-2006 and which has so far regulated the relations between the two countries in the area in question, did facilitate, in some ways, the Damascus administration's defense acquisitions, it had two major shortcomings. This agreement did not give Tehran the right to have permanent bases in Syria, nor did it include a clear casus foederis, similar to NATO's Article 5, which declares that an attack against any one of the parties will be considered as it was directed against the entire pact. Today, however, beyond the military presence of the Revolutionary Guards' Quds Forces and the proxy armed groups, there are Iranian missile and rocket production facilities identified by open-source satellite imagery intelligence. Moreover, during Iranian Defense Minister Amir Khatami's visit to Damascus in August 2018, Tehran's presence in Syria gained a new international context and a permanent Iranian military presence in the Syrian territory was given emphasis at the highest level. As long as this situation persists, it is inevitable that Israel will intensify its military interventions. And these interventions will put Israel on a collision course with Russia in an increasing manner.

- The Syrian airspace and future of the conflict

In Syria, the equation being overlooked but one with the highest risk of triggering a regional conflict is the airspace. Interestingly enough, from the outset of the war, control maps for Syria, including most of those published by the Turkish press as well as think tanks, dealt with the war from a one-dimensional perspective, with the aim of gaining control of the land. For instance, most of the analyses that explain that the regime forces controlled 25 percent of Syria until a few years ago and has now taken more than 70 percent of it under control are simply references to terra firma. But the truth is otherwise. Full dominance over a country can only be achieved when there is a collective control over its land, airspace and territorial waters. Even though the Syrian Baath regime seems to have gained a significant amount of control over its territory, the situation in the airspace is very different.

Finally, let us wrap up with a brief evaluation for the benefit of Turkish decision-makers and defense industry, noting that the military lessons drawn from the ongoing war in Syria are of vital importance to Ankara. There are two trends that need to be monitored carefully: first, the air defense capabilities around Turkey are becoming increasingly more advanced, and, more importantly, air defense systems more effective than the Soviet-legacy weaponry of the Cold War have been introduced, especially in the Middle East. A natural consequence of these developments is that the regional operational capabilities of the Turkish Air Force are being increasingly surrounded by A2/AD (anti-access / area denial) nodes and contested airspaces. Therefore, we need to emphasize that, in the years ahead, the ability of stealth platforms to perform network-centric operations in the depths of the battlefield (e.g. the capabilities to be provided by the F-35 Joint Strike Fighter), long-range offensive opportunities enabled by stand-off smart munitions (e.g. the SOM-J air-to-ground cruise missile), and the anti-radiation capabilities (ideally anti-radiation UAV systems) will be of great importance.