The 'compassion' of the violent in India

The “compassion” is an extension of violence to assimilate, annihilate and displace all other identities in order to make one identity triumph over all. 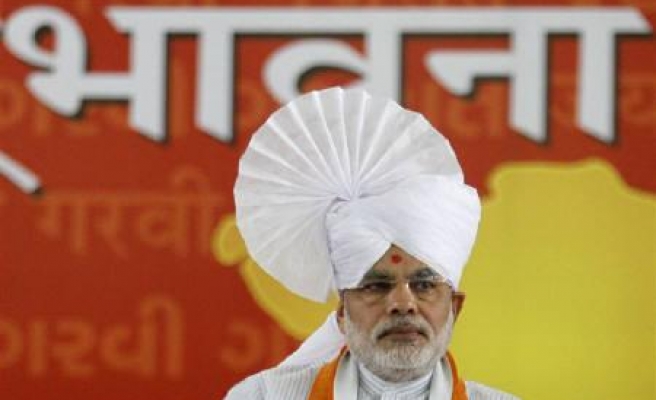 The eye is a blank page. It succumbs to seeing. – Edmond Jabes

Fascism has its own language; also, it gives a new meaning to an existing language.

The blank page of compassion succumbs to seeing violence; this surrender is inscribed in irony and blood in the grand book of history. In India we often see the very idea of compassion trembling and succumbing to serious injury by the hand of routine, sporadic, designed or spontaneous violence. The land of non-violence of the Mahatama (Great soul, referring to Gandhi) is in constant struggle against violence and discrimination. Much before the birth of free India, Hindu nationalism— often known as Hindutva (in ideological terms)— had taken root in Indian society based on the idea that India is for Hindus and in turn sparked a certain kind of nationalism. This constant contestation between Hindu nationalism and the ideals of secularism and democracy is very alive today, at this very moment.

India will witness its greatest democratic show next year when the nation will go to the polls for a new government. One can feel the heat of the event now. The rival of the ruling Congress Party (with its alliances), the Bhartiya Janata Party which is an associate/product of a Hindutva organization , the RSS ,is preparing itself for the upcoming poll by returning to the agenda and assigning key posts to “controversial” figures in an attempt to polarize and receive votes from the majority community.

Narendra Modi is now the new head for the entire election campaign for 2014; he is the Chief Minister of the western province of India, Gujarat. Gujarat witnessed one of the most historic anti- Muslim riots in 2002 when Modi was the Chief Minister. Different reports and various testimonies confirm the fact that the state failed at stopping the madness, and on the contrary actually allowed the rioters to attack and roam freely. Consequently, thousands of Muslims were killed while hundreds of women were raped and hundreds of thousands lost their homes and jobs. The entire pogrom speaks for the failure and complicity of the state.

In his very latest and provocative interview to Reuters, Modi equated the bloody riot with a car accident which kills a puppy. With the usual pride and arrogance, he claimed that he was innocent in the Gujarat riots and said, "I would feel guilty only if I did something wrong.” “While driving if a puppy comes under the wheel, will it be painful or not? Of course it is... I'm a human being. If something bad happens anywhere, it is natural to be sad," he added. Very openly displaying his position, he said in the interview, "I am nationalist. I'm patriotic. I am a born Hindu. Nothing is wrong in that. So yes, you can say I'm a Hindu nationalist."

After that apathetic interview where violence was clearly defended by Narendra Modi, and following which he came under attack by various political parties for his 'puppy' remark over the 2002 Gujarat riots, the Bharatiya Janata Party (BJP), quite ironically and shamelessly came out in his defence saying the remark showed the Gujarat Chief Minister's “sheer compassion.”

"What Modi has said is sheer compassion, ask any child in the country what they would feel if a puppy comes under the car. The statement reveals the compassion, the childlike heart in Narendra Modi, that's exactly what he's said," BJP leader Rajiv Pratap Rudy said.

The Congress demanded an apology from him with the Communist Party of India (Marxist) saying it was shameful that the Gujarat Chief Minister was "justifying" the riots.

"Thousands of people were killed in the communal riots in Gujarat in 2002, and in the backdrop the analogy used by Narendra Modi needs to be strongly condemned. There is no place for such a comparison in civilised India," Congress Party General Ajay Maken said.

The book "The clash within – democracy, religious violence, and India’s future” by Martha C. Nussbaum opens with the chapter ‘Genocide in Gujarat,’ in which she concludes: “The outcome of the Modi case shows that there is by now a broad consensus that the Gujarat violence was a form of ethnic cleansing, that it was in many respects premeditated, and that it was carried out with the complicity of the state government and officers of the law.”

Jairus Banaji notes that: “The forces aiding this image makeover include major sycophants in India’s business community, leaders of industry who have chosen to make Gujarat and Modi the platform for a regrouping around their authoritarian vision of a state fanatically committed to capitalism (‘development’) and brooking no interference from an effete and ostensibly corrupt bureaucracy; all this powerfully aided of course by the media with its own culture of sycophancy and unbelievable prostration in the face of power. Given all that has happened subsequently (post 2002) to contain and undermine the judicial system there and actively subvert the course of justice, to consolidate a mass base around hideous communal prejudices and around the ghettoisation of a whole community, also to win the support of industrial capital with lavish grants of land and unhindered access to the leader himself, the trajectory of the new fascism in India is almost certainly best studied in the context of Gujarat. At the heart of this story lies the issue of ‘mass’ support for deeply authoritarian political forces and cultures, of civilian compliance with communal persecution behind the semblance of democratic forms. The public culture of democracy is so radically hollowed out and degraded that in the end it yields a mere mask, a form of legitimation, for a regime immersed in criminality.” (Preface, Fascism: Essay on Europe and India)

The desperation of Modi & Co. is very genuine with the technique being an old one. Divide, polarize and win. This filthy idea of compassion for the ‘potential other’ speaks in the way violence legitimizes itself. The largest democracy in the world is in perpetual play with the idea of fascism and a particular kind of nationalism. The defeat of the BJP in other provinces has particularly forced them to go back to their old agenda of rebuilding the temple and enticing the “Hindu vote” for their electoral agenda. The “compassion” is an extension of violence to assimilate, annihilate and displace all other identities in order to make one identity triumph over all. An ongoing contestation between diversity and singularity, hegemony and democratization, plurality and monolith is a feature of all complex societies. The above contestations will resolve only by conversation with the inherent problems of society, a conversation where compassion will precede the idea of violence and not the opposite.

The comments by Musab Iqbal sound so hollow to those who know him in person. He is a male chauvanist who can do anything for his lust...a fascism of kind which he doesnt recognise and which he himself harbors. My question to him: is it not patriarchal fascism when you use a women to gain financially & academically and then throw her away to destiny? Friends this is what Musab has done to a lady!