The first call to prayer in Granada

Leave aside being able to tolerate the sound of the call to prayer, European capitals, which are the fortresses of modern civilization, haven’t even been able to resolve the debate on minarets 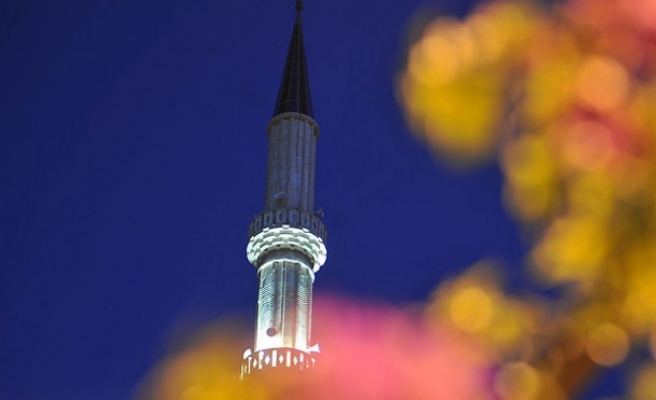 It was a balmy spring evening… That evening marked my first visit to Granada. The Alhambra was opposite me as the sun set in Mirador San Nicolas… The coral red of the setting sun lit up the Alhambra. A red sun was sinking below the horizon. The walls of the Alhambra were covered in a dark red as the last rays of sunlight fell upon them.

I felt two types of melancholy combined into one as I stood on a hill in Granada from where the best view of the Alhambra is available. We were looking at the Alhambra from the place that gets its name from the San Nicolas Church. Anyone who pays careful attention to the church will feel like it is whispering “I used to be a mosque once upon a time.”

Standing atop the tallest hill in Granada’s historic quarter of Albayzin, and rising amidst the Carmen-type houses unique to Andalusia with gardens and courtyards, the bell tower maintains its resemblance to a classic Andalusia-Maghreb type minaret. A bell was attached to it by making a minor change…

As the last rays of sunlight faded slowly from the snowcapped peaks of the Sierra Nevada mountain range that lie beyond the Alhambra, I was literally startled out of the depths of the historical wanderings my mind had embarked on by a voice. A chant of “Allahu akbar, Allahu akbar”…

It was like a cry rising from the depths of history instead of a mechanical sound emanating from loudspeakers. I suddenly became alert and listened to the voice… yes; it was the call to prayer coming from somewhere very close by.

A Muslim Spanish friend, Davud Romero, noticed my surprise, and as if revealing a previously untold secret, said, “The mosque is right here. Let us pray there”…

I launched myself in the direction where the call to prayer was emanating from, and one street ahead, found myself in front of the mosque.

I had come here to attend a conference regarding the Moriscos, who are Muslim people forced to convert to Christianity and who were forced to conceal their Muslim identity long after Granada, the last pearl of Andalusia had fallen.

Around a million Moriscos were driven out of their homeland between 1609 and 1612. And for the first time in the history of modern Spain, a scientific conference was being held at Granada University to mark the 500th year of the dispersal. I was attending along with Burhan Köroğlu, who is pursuing this topic.

It was as if I was transported to an unimaginable world where the weight was lifted off my shoulders and a lightness took hold of me when the call to prayer suddenly rose loudly and the Granada Mosque appeared like an oasis.

It felt like the rediscovery of a lost heritage when I saw the blueness of the night and the lights of the Alhambra from the courtyard facing the Alhambra after performing my prayer.

The mosque has an interesting story. Debate ensued in Granada when the foundations of a mosque were discovered during excavations. The land was purchased through an initiative by Muslims to build a mosque there that would stay true to the original. But civic society and the municipality were pitted against each other. Contrary to what is believed, the segment of society that opposed the construction of a mosque protested vociferously. After a lengthy struggle, the first call to prayer was made in Andalusia in 2003, almost 500 years after the fall of Granada.

The stubborn resistance will increase to protect the legacy of building a one-dimensional society that began during the formation of modern Europe, in the early modern period, when Muslims and Jews were driven out and their books burned. It will take a long time until the Muslim call to prayer is accepted in Granada. Being in the most fervent Catholic country in Europe will undoubtedly have an impact as well.

It will be even more difficult to see this acceptance in countries like the United Kingdom, which is more multicultural and relatively more liberal, and France, which considers the principles of equality, fraternity and liberty as existential ones.

Leave aside being able to tolerate the sound of the call to prayer, European capitals, which are the fortresses of modern civilization, haven’t even been able to resolve the debate on minarets. Leave aside the citing of the perception that a minaret symbolizes Islam’s victory over Europe; involvement even extends to mosque architecture and interior decorations. Even if permission is granted to build a mosque, the architecture has to conform to the values of western culture and aesthetics!

The connection created between mosque architecture and European values, and the coercion carried out in this regard actually provides clues to discussions on “European Islam” and the creation of a new type of Islam, which is modernized and compatible with European values.