The State Of Secular Conservatism

While capitalist relationship forms that match with modernity entails secularism, the protestantization of the religion is not inextricable from individualization 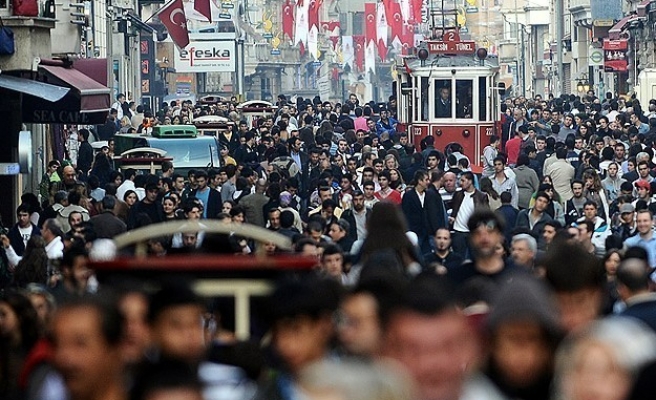 All of us living in Turkey, whether we like it or not, should admit that our life style has changed in the last decade. In terms of economic figures, many changes have taken place in many critical fields ranging from our living habitat, environment and consumer behavior to citizen-state relationships

In this change process, while modernity shaped Turkey's meta-language, while a contingent state of secularism became indicative, capitalistic relationships became influential in the financial area. I want to underline that these two variables are inseparable and even so mutually feeding each other. Our relationship with modernity brings in our peculiar understanding of the world, ourselves as well as the issue of individualization. Individualization apparently cannot be considered independently from organization forms of life and life styles. Modern man's individual religious perception overlaps with the capitalist- relationship forms. While capitalist relationship forms that match with modernity entails secularism, the protestantization of the religion is not inextricable from individualization.

In the Turkish experience, developments are evolving into this scheme in terms of society and individual type. Therefore, we need to read Turkey from this perspective too, which is having its breakthrough. In shedding light on the specific dilemma between the widespread popularization of religion – in the sense of conservatism – and the accompanying secularism should concern the Muslim intellectual insight in first place more than anyone else.

Fascinated with the idea of a country achieving more power and becoming bigger, the Muslim mind must read the process properly and assess it fairly.

Dragging individual, social and modern relationships to a theoretical framework and leaving behind the reality, life itself is escaping the kernel of the matter. Especially when an anticipated history of Turkey polished with a mystical role of mission gets in the way, every kind of inquiry becomes awkward.

The historical experience of Turkey and its intellectual buildup cannot be ignored. The problem is in sweeping under the rug the required questions concerning where this process is evolving by absolutizing this achievement. If the anticipated mission goes through a questionable process, then it means that a door has been left open for overlooking any kind of parameter in favor of the ideal.

We have to think about the price of a small group's upgrade in the last decade in fields ranging from our consumption habits to life style. Although a more powerful, richer, more conservative country formula sounds like music to our ears, we do not have the luxury to postpone asking the correct questions.

In our individual life, even the fact that we happen to live in more orderly, modern cities is due to the result of the Turkish economy integrating with global capitalism. We are talking about a cycle in which there is a society that always suffers from a continuous craving for consuming and a continuous production manner to satiate this hunger, and if not, then forcing the consumer to buy the product.

If we ignore a problem as such following, it means that we are striking out the basics of the issue: was it more probable today or 15 years ago that the interest rate would spread to the bread we are eating? We can even make this question more vital. To what extent does the Islamic banishment of interest affect our life, business relationships? To what extent does the fear of being involved in interest bind our life?

The reason why I picked interest as an example is that it is the key feature in explaining the socio-economic and moral transformation. Ever since finance was captured by capitalism, while life standards have increased, our perception of interest has been one of the essential indicators of our secularization. Do we actually question whether the increase of conservatism on the surface level means the Islamization of our life or the establishment of a fair order or not?

In the extreme production-consumption balance in which modern perception has individualized, the bribe of a circulation that consumes labor and natural resources has been spread on a large scale.

Even so, questions never occur in the Muslim mind such as the oddity of people turning into non-productive volunteer customers of whatsoever the global capitalism has produced. The more the Muslim mind is becoming individualized, the more it becomes secularized and thus its incorporation, submission to the market becomes easier.

In this entire story, while facing such negative facts, it's not compatible in terms of the religion or religious idea to be possessed with a great mission, which is unquestionable, and also ignoring, postponing the moral code that instead of getting a slice of the cake, one should consider those who are below themselves.

The story of the last period is the state of secular conservatism in which belonging, behaving and believing have been split into compartments.