In a systemic and dangerous manner, Israel is giving the signals for a plan to be carried out and their manic plans to Judaize Al-Aqsa Mosque are being put in place 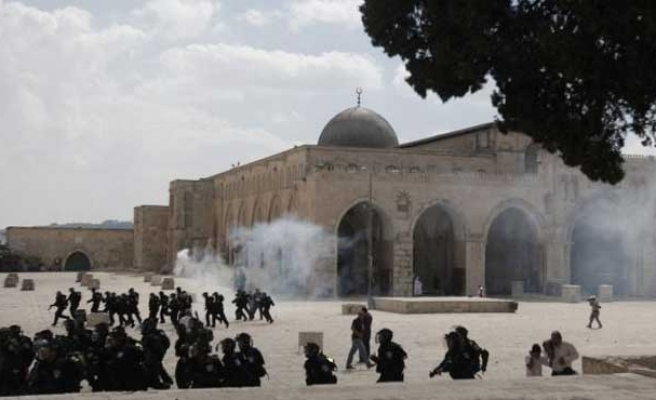 Since 1967 Jerusalem and Al-Aqsa Mosque have been under the illegal Zionist occupation.

The issue of Jerusalem, is the fundamental core problem of Israel; the Al-Aqsa Mosque, is a sacred Islamic site and for this reason, is above any debate contrary to this.

The status of Al-Aqsa Mosque as well as its historical and religious connection, also belongs to Muslims under international law and agreements.

In a systemic and dangerous manner, Israel is giving the signals for a plan to be carried out. Their manic, historically legendary claims to Judaize Al-Aqsa Mosque are being put in place. Dividing the mosque in two in order to Judaize one part of it, is gained only through violence.

In a similar manner, in al-Khalili, the Abraham Mosque had been attacked in a bloody Zionists raid. A similar intent has been forthcoming at Al-Aqsa Mosque evident from the repression and violence experienced in the last few days which is absolutely unacceptable.

It must noted that Jerusalem is neither the capital of Israel, nor is the Al-Aqsa mosque a Jewish temple.
What must also be not forgotten is that the Islamic world, rather than spending its energy dealing with ethnic and sectarian in fighting, Israel - taking a stand against all of humanity - will continue in its killing spree.

The time has come for Muslims to unite with a single consciousness and each and every Muslim must raise their voice - Kurd, Turk, Sunni-Shia conflicts ought to be replaced with a conscious effort to a real target, and take a stand to strengthen Jerusalem.