Turkey's economy and its internal politics have undergone dramatic changes in the past few years in the Middle East. At this point in time Turkey is the only regional power that has the ability and capability to narrow the chasm in the divided Muslim world. 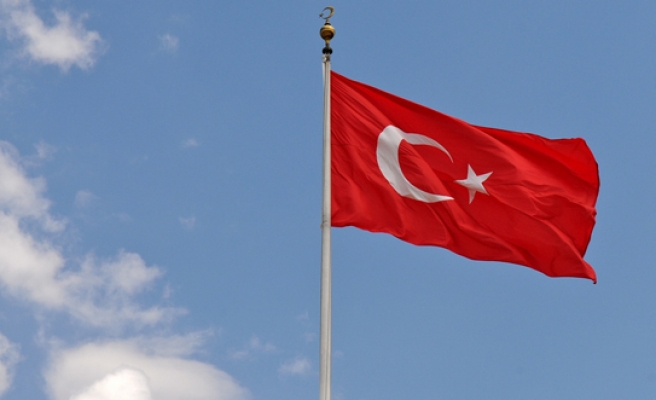 It is more than 10 years back when the US invaded Iraq and ousted Saddam Hussain from Baghdad, and which gave birth to a new equilibrium in the Middle East. The US invasion paved the way for Iran’s summon up in Baghdad, loose independence of Northern Kurdish region and de-sunnification of Iraq.

Saudi Arabia’s cosmetic image of the leadership of (Sunni) Muslim world first came in to question after the first gulf war, and later the US invasion of Iraq has further deteriorated its position in both Arab and non-Arab Sunni Muslims across the continents.

Although rumor mills are suggesting a sea-change in Saudi foreign policy after the crowning of King Salman, yet Saudi funding and backing the Egyptian coup and other counter revolutions in the region has already damaged its position beyond repair.

Popularity and credibility of the regional Shia power Iran, which has risen to magnetism on its anti-US and anti-Israel jargons, are on the threshold of plummeting due to its open support of fellow Shiet rulers in Syria, Iraq and the Zaidi Shiet Houthi takeover of Yemen.

During the same period, another regional power, Turkey, started waking up from its deep slumber both in economy and regional geo-politics. Turkey has now climbed to 17th biggest economy of the world, bypassing the other two regional powers, Saudi Arabia and Iran, with a significant margin.

Both Saudi Arabia and Iran are among the largest exporters of oil and gas in the world. On the other hand, with its growing economy Turkey’s annual oil and gas imports crossed USD 60 Billion $ mark in 2013, thus making Turkey the largest importer of oil and natural gas in the region. Turkey is not only a growing energy consumer but also a very important regional energy transit hub.

Turkish bilateral relations with both Saudi Arabia and Iran rapidly grew in the last decade, reached its pinnacle in 2010 when Erdogan, who was prime minster at that time received the highest civilian award from Saudi king, and on the other hand signed a deal on Iran’s nuclear issue with the then Brazilian President Lula da Silva.

Arab revolution against the dictators in the Middle East suddenly distorted the whole dynamics of Turkish relations with Iran and Saudi Arabia where the regimes in Riyadh and Tehran supported their chosen dictators in every possible way.

Turkey’s vehement opposition of Egyptian and Syrian dictators put Turkey at odds with both Riyadh and Tehran. Though business is going as usual with Iran and Saudi Arabia but all the three countries have divergent and opposing views on the modus operandi of settling the regional stalemate on emergent basis.Albeit, Iran’s influence does not go beyond the boundaries of western Arab region, whereas Saudi Arabia and Turkey are exactly at opposite ends in the North African region from Egypt to Libya and Tunisia.

Over the last several years, events in Egypt, Syria, Iraq, Bahrain, Libya, Tunisia and Yemen have created anxieties for these aged regimes. Both Riyadh and Tehran dispatched their military in Bahrain and Syria to quell the opposition and safeguard their own despots. Iran has openly admitted of its military intervention in Iraq in the recent past.

In Egypt where military is strong enough to clog people’s voice, and any outside military intervention was not required, Saudi despots opened their coffers in long heave and poured the money for the new Pharaoh, Al-Sisi who has killed and tortured thousands of civilians since orchestrating the bloody coup. Sisi’s killing and torture machine is unabatedly unleashing the atrocities on anti-coup and pro-democracy Egyptians

Turkish President Recep Tayyip Erdoğan's efforts to promote closer ties with Saudi Arabia and public criticism against the Iranian aspirations for expansion is a clear signal to the powers of the region to sit together and resolve the emergent issues affecting the regional stability. To solve the mess in the region both Saudi Arabia and Iran will have to abrogate their present policies of supporting the dictators and dictatorial regimes in the name of real politik and national interest.

Iran has always vowed for majority rule in Iraq through democracy, and also vowing for the same in Bahrain. But its love for democracy vanishes into thin air when it comes to Syria and Yemen where it supports a tiny minority dictator in Damascus and backing the minority zaidi shiet military takeover in Yemen.

The regimes in Riyadh and Tehran are ruling over their citizens with a brute force, arbitrary detentions are common, and most importantly, dealing with their minorities with perceptible discrimination. Sunnis in Iran and Shiest in Saudi Arabia are made to grapple with the discriminatory treatment in their respective countries.

Though sectarianism has been helping the despotic regimes to maintain their firm grip on power, they are fast losing their legitimacy not only outside but within their own countries in the wake of the arising political awareness and socio-economic developments.

The Muslim world, specially the Middle East, needs a model country where Sunni, Shia, native Christians and the people of indigenous belief live together side by side with peace and tranquility, and it seems Turkey, with the credentials of its avowed non-sectarianism, is in a position to provide the desired model.

Thus, an efficacious mechanism for settlement of regional disputes must be developed where Turkey should anchor the pivot to find out a durable solution of the present sectarian clashes while mobilizing the needed support against the outside interventions to divide the Islamic world amid the ongoing conflicts in the Mideast region.

The regional problems need regional solution; any imposition of outside process will not effectively solve the problems in the Middle East. It is quite evident from the indifferent attitude of the US, the EU and the UN towards any effective humanitarian solution of the crises engulfing the region.

Thus, by the time the dust gets settled in the tumult Middle East and the region takes its transformed shape, Turkey with its new and all- inclusive regional leadership will hopefully emerge a humanist-champion on the ashes of sectarian and despotic regimes. Its role towards attainment of the most needed regional stability in the backdrop of rising sectarianism of Iran and Saudi Arabia will definitely be regarded as historic.