The growing mutuality between Pakistan and Turkey in varying spheres cannot be treated as incidental; it is deeply rooted in the history of both the nations, and which is bound to grow further 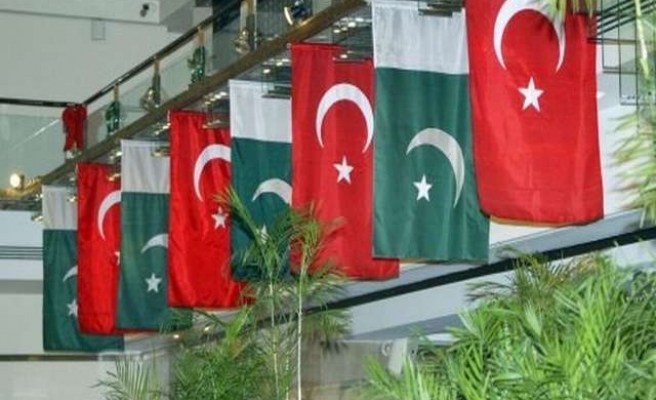 From being a largely inward-looking country, Turkey now stands as an influential and forward-looking  power in the West Asia, North Africa, Balkan and Central and South Asia. It has been playing a largely independent foreign policy in several crucial issues--- from Gaza, to Egypt, to Somalia, to Syria and to Iraq. In the past decade, Turkey has built an active political engagement in its near abroad, and has played a leading role in various regional issues, ranging from Pakistan to Afghanistan. Turkey’s regional influence and profile has increased after its self-confident engagement in foreign policy led by the former foreign minister, Ahmet Davutoğlu.

Turkey and Pakistan have developed a close bilateral relationship in general. Turkey established its diplomatic relations soon after Pakistan’s emergence as an independent nation in 1947. Relations between the two countries have grown closer in recent years since the moderately Islamic-oriented Justice and Development Party (AK Party) came to power in Turkey in 2002.

Turkey in general and Erdogan in particular had made great inroads inside Pakistan politically, economically, militarily and socio-culturally. Frequency of bilateral visits at the top levels has increased manifold in the last twelve years.  On 26 October 2009, the then Turkish Prime Minister Recep Tayyip Erdoğan was awarded the Nishan-e-Pakistan and was the fourth world leader who spoke to the Pakistani parliament.

It is worth mentioning here that Pakistan has worked as conduit between China and Turkey to normalize and strengthen relationship, especially after massive Xinjiang riots in 2009, when Erdogan vehemently criticized heavy-handedness of the Chinese security forces against the Turkic-Uyghur people.

Turkey and Pakistan are founding members of the Organisation of Islamic Cooperation (OIC), Economic Cooperation Organization (ECO) and the Developing 8 Countries (D-8) organization. Bilateral trade between the two countries reached its maximum at around $1 billion by 2010. Turkey is one of the few trading partners of Pakistan where balance of trade is heavily in favour of the latter.
The major Pakistani exports to turkey include rice, sesame seeds, leather, textiles, fabrics, sports goods, and medical equipments. Turkey's exports to Pakistan include wheat, chickpeas, lentils, diesel, chemicals, transport vehicles, machinery and energy products. Turkish private corporations have also invested significantly in industrial and construction projects developing highways, pipelines and canals.
Moreover, both the nations have successfully worked to negotiate a preferential trade agreement (PTA) to be signed in by the end of 2014, aiming to considerably increase trade and investments, especially in transport, telecommunications, manufacturing, tourism and other industries.

A number of Turkish- supported development programmes are going on in Pakistan from Lahore Metro Bus to renewable energy parks and Housing and infrastructure. After China, Turkey has embarked as the major technology driven trade partner of Pakistan.

During the disastrous natural calamity of 2011 when almost quarter of Pakistan had been submerged under the massive flood, Erdogan extended his helping hand and urged his people to donate for Pakistani flood victims. It is important to note here that the Turkish people donated more money in the relief bank account on their prime minister’s call to help the people of a foreign country than the Pakistani people donated to their own prime minister’s relief fund. Turkish people’s donations collected in various campaigns amounted to 135 million $.

Turkey pledged 100 million $ to Pakistan at the Donors’ Conference in Tokyo in April 2009.  For meeting emergent needs following the flood disaster, Turkey’s donations to Pakistan exceeded 51 million $, both in kind and in cash.

Pakistani President, Mamoon Husain, attended the oath-taking ceremony of the newly elected Turkish President, Recep Tayyip Erdogan, on August 28, though it was Prime Minister Nawaz Sharif who was supposed to attend the ceremony; it had to be cancelled at the last moment due to a political turmoil in his country.

To facilitate Afghanistan–Pakistan dialogue, Turkey has been hosting the trilateral negotiation by Turkey, Afghanistan and Pakistan, dating back to April 2007.

Turkey’s rising profile in economy and defense equipment manufacturing provides Pakistan a cushion against tainted western sanctions and an alternate source against the former’s heavy reliance on Chinese military gear.

United States, China and Saudi Arabia from decades, have been the three most influential players in Pakistan. Turkey a relatively new entrant may be an errant for few- if not all- of them.

Thus, the growing mutuality between Pakistan and Turkey in varying spheres cannot be treated as incidental; it is deeply rooted in the history of both the nations, and which is bound to grow further substantially in the upcoming geo-political scenario around the world.