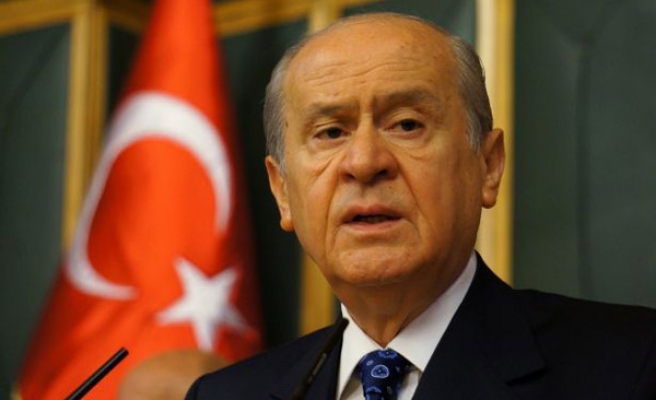 While Turkey have been passing from a political cycle, which is include exploded bombs in metropoles, increased tension with Russia and struggling with political, diplomatic and humanistic problems of Syrian civil war, intra-Party power struggles in Nationalist Movement Party (MHP), formerly 3rd but now is the smallest party of Turkish Grand National Assembly (TBMM), are occupying the agenda of MHP. However, the party administration, who prefers to remove provincial party organizations in order to prevent intra-party opposition movements, are not aware of losing their numbers and power in the parliament.

Recently, MHP administration suddenly removed party organizations in Mugla, Cankiri, Edirne, Konya, Sakarya, Rize and Kutahya provincesin in 2013 because of 40 percent opposition votes that came to light during the ordinary congress in 2012. The common main reason of that oppositions was not only failures in the elections during 16 years period of the party leader Devlet Bhaceli but also being ineffective opposition political party in the parliament under his rule. However, the intra-party oppositions were not able to act together because of their heterogeneous structure or separate opinions of intra-party figures, Meral Aksener, Koray Aydin, Musavat Dervisoglu, Umit Ozdag, and this has been always an advantage for current leader Devlet Bahceli.

He could be able to stay in power in spite of these strong opposition intra-party block before three years because the oppositions could not act together and their provincial leaders, who share different opinions, could be removed from party administration without any problem. In addition to this, the second chance of Bahceli was the year of 2013. Two different process that had great impact on Turkey’s agenda, Gezi Park protests and the Dec. 17-25 interferences, come to Bahceli’s rescue. Because of Bahceli’s imperturbable position toward Gezi Park protests and his strong defense against the goals of Gulenist parallel structure, using MHP as a political base, prompted the all MHP organization’s “stand behind the party leader under danger circumstances of the party and state” understandings and reflexes. In this regard, while opposition figures saw Bahceli with “do not change horses in midstream” understanding, these circumstances prevailed the unsuccessful leader understanding of Bahceli for provincial organizations.

Removing provincial organizations after 3 years: “water under the bridge now”

After 2013, MHP administration again used same way to eliminate intra-party oppositions with only one difference, this time 23 provincial party organizations which involve smaller city organizations was removed. The main reason for this fundamental changes was the great number of party members, who signed to host an extraordinary congress. However, it should not be evaluated as three years ago because even Bahceli can stay as chairman of the party until the ordinary congress of MHP, any kind of intra-party struggles may damage the party structure and situation of the party in the parliament, and this may lead to not be able to pass election threshold during the 2019 parliamentary elections for MHP.

Furthermore, contrary before three years, there are some unification signals of intra-party oppositions (one of the important figure for MHP, Umit Ozdag resigned from the party with a deputy and 26th legislative term Turkish Parliamentary speaker candidate Yusuf Halacoglu and former deputy and deputy chair Ozcan Yeniceri while I am writing this.) The second and more important reason to weaken Devlet Bahceli is that while the party has 14 years longing for coming to power and this could be solved with coalition offer after 7 June, 2015 elections, this offer was rejected by Bahceli and so this gave inconvenience to the party alignments with anger.

Additionally, we can also evaluate the higher number of removed party organizations than previous as an increasing reaction of party members toward the party administration because MHP’s mortal rival People’s Democratic Party (HDP) reached more vote rates than MHP during the last parliamentary elections. The third and last factor is about Tugrul Turkes’s leaving from the party and statements that he made during the press conference in 10 Sep. about the issue. As being son of the founder leader, Alparslan Turkes, he has a respectful support by the other party members. Also his statements leaded to come to light of truths, and even impacted the most loyal Bahceli supporters in MHP, which has a certain separation between upper side and party alignments with understanding of “do not let it go any further”.

In the lights of these developments, there is only two ways for MHP while the leader factor has been questioned by the party members under such a structure that has leader-doctrine-organization understanding. Either the leader Bahceli will continue to eliminate intra-party oppositions with damaging the situation of party in the parliament and leaving from Turkey’s current agenda and problems, or current administration will give way for a fresh MHP structure after two old chairmen, whose one of them had been chairman for 28 years while other has been that situation for 20 years.