In wake of current event in Turkey, the question is if we witness a struggle between Turkish Islamism and a Kurdish one 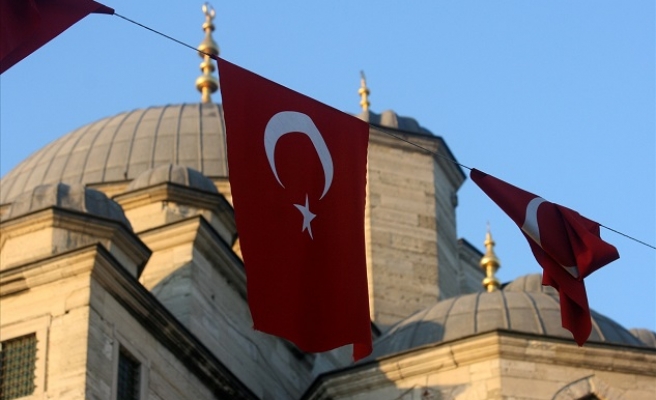 Turkey has deep wounds; there are both political and historical roots for this pain. The traumas encountered are actually the abdication of reason that comes after a civilization trauma.

This period can be read as the story of putting on the straitjacket of Western modernization projects for the continuity of the state. Besides, this straitjacket was cut out in Ankara and is tight-fitting in every way.

This straitjacket is coming unstitched and is tearing apart. One should understand that this issue cannot be brushed off by just sewing on a patch. We should be able to ask, what is this jacket that we are wearing?

Instead of asking this question, it is evident that the society is forced to resort to solutions that can be compared to Chinese foot binding. Islamism has always taken place as a central, perceivable and opponent structure in terms of criticizing the happenings in the system, the ability to offer an alternative and justice.

The political thought of the Islamist idea leaves no room for doubt in terms of founding a newly emerging nation when the experience and historical accumulation are considered. For this reason, the proposals of Islamism and Islam, which want to be used as social cement, have always been treated with the utmost care and suspicion.

Modern Turkey's biggest claim was the founding of a one-dimensional monotype nation and the search for a system based on ethno-politics. Right at this point, Islamism is perceived as a society that is alternative right from the base and a nation design. The only serious objection to the project that turns Turkishness into the foundation of an ethnically centered secular nation was Islamism's “ummah” (Muslim community) idea. Exceeding Turkishness and other ethnic elements, the “ummah” idea that dresses all with a personality from the values of a mutual civilization, has roots that are nourished from the Ottomans and the Seljuks. In fact it feeds off the different political, cultural and scholarly formations of our civilization. The accumulation in Anatolia is a product of the Islamic civilization thriving in this geography for hundreds of years. The new identity that wants to emerge from Kurdish nationalism, although it seems like it is an antithesis, is actually against the history of this geography, its sociology and the claims of Islamism that feed off all of the above. Marginal nationalism, being perceived as an armed riot against the state and the system, can only find grounds if Islamism's society is broken.

In short, the conflict that is on the rise in the east and the southeast is feeding off the Kurdish identity that is trying to emerge from the bloody violence, and the state reflex that is trying to suppress this. Similar to the world, a modern nation-state is intolerant against the threats that come against it and thus this may create violence. Not to mention the violence and bloodshed caused by those who take this chance...

There is no need to say that this approach that reduces everything to an ethnocentric element, with a synthesis contrary to the conditions of Islamism's existence, is against the spirit of Islamism.

However, it is no coincidence that the leftist, secular and Westernized approach (which is trying to portray nationalism and freedom) is resorting to craftiness to sentence and wipe out Islamism after all that has happened in recent times.

This description that implies that it moves from sociological data realities has lost its connection to reality even at the Kurdish and Turkish Islamism level. Islamic brotherhood that is considered the biggest trademark of Islamism, desires to embrace a global ideal beyond its borders. Moreover, Islamist thinkers are accused by nationalist secular groups of being Kurdish or Arab supporters because of their “ummah” belief.

Within this context, rightist or leftist state discourse and its practice will not accord with conservatives and pan-Islamism ideas.

The conservative state's free security policies are not only being sentenced to Islamism but also Turkish and Kurdish Islamism.

You could probably talk about Islamism, but ethnocentrism can never come to peace with Islamism.

Established as an antidote against the Middle East's, Islamic world's and ummah's shattered pieces, this approach being served as a Turkish, Kurdish and Arab ethnic label, can only be evaluated as a modern secular paradigm.

Interpreting the desire of Muslims to live together as nationalism, and trying to produce an ethno-centric Islamism, is against wisdom and historic experience.