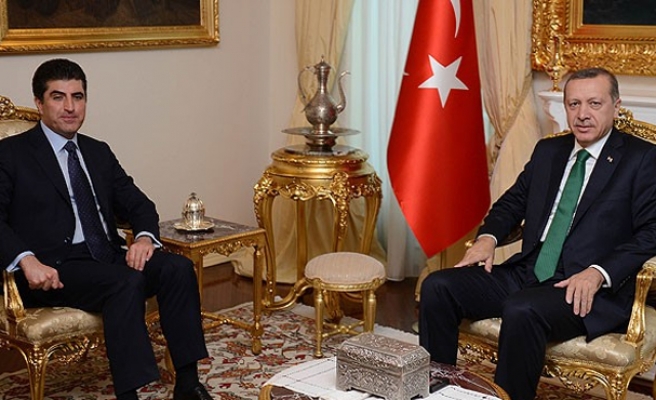 Current affairs in the broader Middle Eastern region, identified by a rapidly changing environment, especially from December 2010 onwards, render any analysis precarious. Such a transformation is most evident and also most strongly reflected in the regional actors’ foreign policy relations, though not exclusively in this area. These changes also concern the standing in the political scenery of entities other than the states willing to compete and claim an equal share of the international sphere of influence, assuming the powers of a state status. Kurdistan Regional Government, which is a case in point, has developed a very specific discourse and foreign policy practice driven by a strategic agenda. Ankara’s relations with the KRG are thus not an abstract interrelationship but one framed by the same conditions dictated by the prevailing Middle Eastern political setting. Before the outbreak of the Arab Uprisings, I have argued about the status of Iraq’s Kurds ‘self-existence’ within the context of international relations and the consolidation of the KRG’s autonomous status. Yet, the KRG is still at the beginning of a long path, the culmination of which  requires the preservation of its status through inter and intra Kurdish cooperation and unity, given the fragile pattern of relations in the broader region.

Much ink has been lately been consumed arguing over the Kurdistan Region’s independence or the legality of the KR’s oil contracts at the expense of Baghdad. But the actual reality is the KRG’s autonomous status displayed in its economic and oil policies, bearing in mind KR’s 45 billion barrels of oil reserves and its rich oil fields, including Taq Taq, Khurmala, and Tawke, as well as in its constant diplomatic interactions regionally and internationally in tandem with the fragility of the regional balance of power.

Following US-Kurdish interactive relations, the KRG has developed an institutionalized and strategic relation with Ankara from 2008 onwards, the seeds of which were sowed in the aftermath of Gulf War II (1990-1991) as a result of Turkish support for the creation of the KRG in the early 1990s in a search for a solution to the influx of Kurdish refugees and the subsequent crisis that emerged straight after. The Turkish-Kurdish instant alliances throughout the 1990s were succeeded by a deep crisis of confidence that lasted until 2007, marked by Turkey’s threat of invasion and the parliamentary approval (17/10/2007) for military strikes that took place on 2 December 2007. The year 2008 was a breakthrough for Turkish-Kurdish relations given Ankara’s official recognition of the KRG through direct high level meetings, such as the first to have taken place between  Prime Minister Nechirvan Barzani and Ahmet Davutoğlu (1/05/2008) and President Barzani’s first historic meeting with Turkey’s PM Recep Tayyip Erdoğan on 4 June 2010, as well as initiatives such as the 2008 Trilateral Mechanism among Turkey, Iraq, including the KRG, and the US to develop further cooperation.

This shift in Turkish foreign policy in favour of the KRG, which seems to have overridden Turkish relations with Baghdad, especially after the US military withdrawal from Iraq in December 2011, runs in in parallel with Turkey’s foreign policy toward Iraq.

Positive relations between the KRG and Ankara have achieved gains for both as their cooperation further facilitated the ongoing peace process in Turkey, providing the KRG with the opportunity to play the role of the mediator and influence the Turkish leadership in a positive manner.  On the economic level, energy security for Turkey and diversification of its sources being a top priority in its agenda has rendered KR’s hydrocarbon resources valuable with an agreed third pipeline ahead.  For the KRG, a great deal of Turkey’s value lies in its position as an entryway into Europe.

Thus, Kurdish policy appears uninterrupted and constant. Yet, the role of Syria and the Kurds in Syria is the key to Arab and Kurdish politics as they are found in the center of regional developments. Bashar Al Assad’s strength to preserve his power; the worsening of Turkish-Iraqi relations from 2012 onwards as well as the explosive relations between Erbil and Baghdad in the aftermath of the Iraqi parliamentary elections on 30 April 2014, with the latter cutting KR’s budget from January of the same year and in turn KRG’s increase in oil exports to solve its economic problems, followed by Al Maliki’s threats to resort to court solutions and President Barzani’s plea for international support, along with the failure of Davutoglu’s ‘zero sum problems’ strategy and Ankara’s inability to play a key role in the formation of the post-Assad era with its heavy meddling into the Syrian crisis make Turkish-Kurdish relations a necessity, today more than ever, in this period of flux.

At the same time, for the Kurds the formulation of a common policy with Rojava is an imperative if the Kurdish unity is to be an attainable goal, while Erdogan’s good relations with the Cantons that enjoy relative stability does not only appear a necessity forced by the changing regional political landscape but also a position that exerts a positive influence on Turkey’s own Kurdish predicament as the aim of the peace process is to reach a solution acceptable to all sides.