Belgium's colonial past shows that this small European country is not far behind its bigger imperial neighbors when it comes to brutality, savagery, racism and slavery 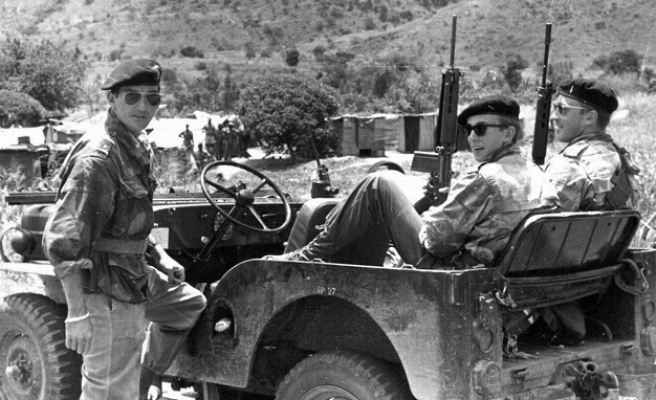 The recent terrorist attack in Belgium got me thinking about Belgium and its colonial history. After a little reading, many shocking facts about the European nation's brutal colonial past in Africa become clear.

Like other atrocious Western colonial powers, Belgium neither lacked willingness nor the means to commit horrendous crimes in Congo, Rwanda and Burundi. Imperial Belgium brutalised and enslaved people of Africa and its colonial past is as frightening as those of France, Britain, Italy and Spain.

The extreme violence perpetuated by Belgian forces particularly against indigenous Congolese and a ruthless system of economic extraction were indistinguishable from other Western colonial excesses. The horrific rape and plunder of Congo during the Belgian colonial rule, particularly under King Leopold II, remains one of history's greatest crimes against humanity. Under Leopold's brutal regime, as many as 10 million Congolese were killed.

Even after independence of Congo in 1960, Belgium continued to meddle in the domestic affairs of the country. It was blamed for the 1961 coup d'état and assassination of Patrice Lumumba, Congo's independence leader and first democratically elected prime minister. Does that sound different than what the United States, Britain and France have been doing over the decades in many countries?

Lubamba was executed by a Katangese firing squad led by a Belgian mercenary named Julien Gat. It took four decades for Belgium to officially apologise in 2002 for its odious role in the killing of Patrice Lumumba. That added one more fake apology by a European colonial power to similar words of hypocrisy.

Belgian forces supported the three decades of brutal military dictatorship of Colonel Mobutu Sese Seko, a pro-Western dictator seen as a bulwark against Communism. He robbed his people of an estimated $15 billon, and with the active support of his colonial masters he made corruption a political way of life. Now compare that with the US support for brutal dictators in the Middle East and its constant operations to sabotage democracy in the region.

The Belgian forces burned local villages, farmland, and rainforest, and kept African women as hostages until rubber and mineral production targets were met. Amputation of limbs of native

Africans as punishment for refusal of work was a common practice. Congo, now the Democratic Republic of Congo (DRC), was known as Zaire from 1971-1997 under Mobutu Sese Seko's rule.

Like the "divide and rule" policy of other colonial powers, Belgium employed the same strategy of using Tutsi against Hutu in Ruanda-Urundi (now Rwanda and Burundi). There is absolutely no shame in colonial Europe in committing massacres or aiding them. The colonial masters believed that the Tutsi ethnic group in Rwanda was racially superior to the Hutu ethnic group because the Tutsis had more "European" features. This ethnic divide turned in to a civil war in which almost one million people were killed.

The colonial rulers of Belgium forced the inhabitants of its colonies to pay taxes and grow cash crops such as coffee and rubber. The greedy ambitions of Belgium enormously affected the fundamentals of social life, economic structure and political system in Congo, Rwanda, and Burundi. All three countries have experienced exploitation of people, their rich resources and minerals, extreme violence, and endemic poverty.

The most significant colonial legacy of Belgium is the two civil wars in the Democratic Republic of Congo that have turned into the world's deadliest conflict since World War II. The two civil wars claimed an up to six million lives, either as a direct result of fighting or because of disease and starvation. Millions more were forced to abandon their homeland due to Belgian policies.

Belgium's colonial past shows that this small European country is not far behind its bigger imperial neighbors when it comes to brutality, savagery, racism and slavery. The West’s favorite slogans of democracy, equality, human rights, freedom of speech and rule of law were invented as the tools of deception so that Europe could overcome its post-World War devastation and resume the colonial business as usual. Europe (and its extension North America) has now gone back to its old, war-like ways.