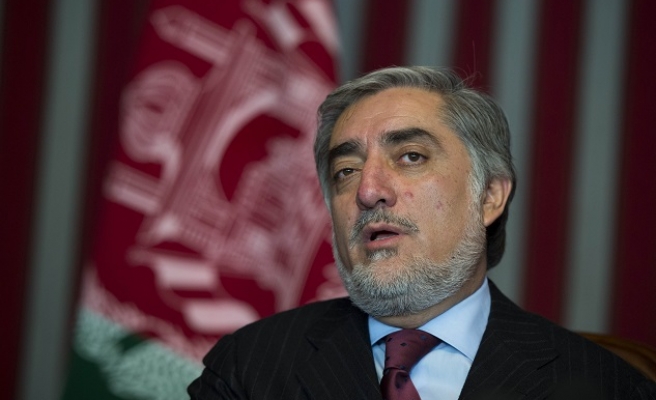 Afghanistan's Chief Executive Abdullah Abdullah in his recent visit to India said that Taliban's dream to recapture power after withdrawal of America led NATO troops has come to a naught. Talibans were waiting for the foreign troops to leave Afghanistan and were thinking to launch a major offensive against Ashraf Ghani’s administration to dislodge the regime without realizing that Afghan forces have gained qualified strength and power to take on the terror and other extremist groups. In a veiled comment directed towards Pakistan the Chief Executive also said that some foreign forces are still supporting the Talibans in their mission to grab power.

Mr. Abdullah Abdullah took part in a breakfast meeting with a group of Indian and foreign journalists, said that Pakistan has an important role to play in Taliban affairs and can use its influence for the success of the recently resumed peace talks.

The Chief Executive, who held wide ranging talks with the Prime Minister of India Narendra Modi, External Affairs Minister Ms. Sushma Swaraj and National Security Advisor Ajit Doval, further said that the Afghan security forces have gained strength and are now capable of taking on Taliban and other extremist groups. These forces are now effectively confronting the Taliban militia in various provinces of the country. He also admitted that there has been spurt in Taliban attacks in the recent months, but stated that security forces have been able to foil scores of terror attacks in the country.

Abdullah Abdullah began his five-day India visit on January 31, his visit was primarily to attend a conference on counter-terrorism in Jaipur, organised by India Foundation in association with Sardar Patel University of Police Security and Criminal Justice.

In all the previous visits to India, Afghan leaders are generally quite outspoken about Pakistan and its support of the Afghan Taliban. But this time around, Afghanistan’s CEO Abdullah Abdullah was much more guarded in his interaction with the journalists in India.

He said that Talibans are facing factional fight and this has caused chaos and confusion in the ranks of the militant groups. Hundreds of fighters have been killed in group’s internal clashes and some of the factions have joined DAESH. Taliban are not united as they used to be under the leadership of Mullah Mohammad Omer, who reportedly died at Karachi hospital in 2013.

Factional fighting has weakened the group. A large section of Taliban members were surprised that Mullah Omer’s death was kept under wrap for almost two years. On the presence of DAESH on Afghan soil, he said its presence is not a big worry as some militants groups, which were already operating in the country, have declared their affiliation with this dreaded terror groups. Only name has changed their activities remain the same.

Referring to Quadrilateral Coordination Committee (QCC) talks to push peace in the trouble-torn nations, Mr. Abdullah Abdullah said that Pakistan can play an important role in these talks which are aimed at preserving unity, sovereignty and territorial integrity of Afghanistan.

On Pakistan’s allegation that the recent attack on Bacha Khan University was committed by terrorist operating from Afghan soil, The Chief Executive said that after Pakistan army launched massive operation in tribal belt, scores of fighters have shifted their bases into Afghanistan and are operating from areas which are under the control of Afghan Talibans.

He said that East Turkestan Movement terrorist have also taken shelter in various parts of Afghanistan along with the fighters from central Asian countries .When Tahreek Taliban Pakistan (TTP) attacked Peshawar Army School in December 2014,Pakistan army decided to launch massive military operation against the group. The operation resulted into killing of over 1500 militants, but also resulted into migration of over one million people to the relatively safe places. It also forced the militants to shift their bases either to bordering Afghanistan or Karachi and other cities of Pakistan.

The Chief Executive also held talks with the Indian businessmen and invited them to invest in various developmental projects in his country.

On attack on Indian Consulate General office in Mazar-e-Sharif in which Pakistan army was blamed to be allegedly involved, he said that we have shared information with our Indian friends. However, it is not appropriate to divulge it at this juncture when probe is still on.

CEO Abdullah Abdullah said that three Mi-35s supplied from India have boosted the morale of the ANA troops fighting the Taliban and the fourth would also join action very soon. Afghanistan military has recently acquired Russian built Mi 35 attack helicopters from India to fight Taliban insurgency in the country.

The fourth round of (QCC) talks involving the representatives from Pakistan, Afghanistan, China and the United States aimed at ending Afghanistan's 15-year war concluded on Feb 06 with a call for direct negotiations between the government and the Taliban by the end of February, but recent battlefield advances by the group could make it hard to persuade them to the negotiation table.

However, it is a matter of concerted debate that the optimism shown by the Afghan CEO really matches with the ground realities back in his country when Taliban’s unrelenting attacks on Afghan and remaining foreign forces have exponentially increased in the recent past.