What does the US legal aid means for the Muslims of the Balkans? 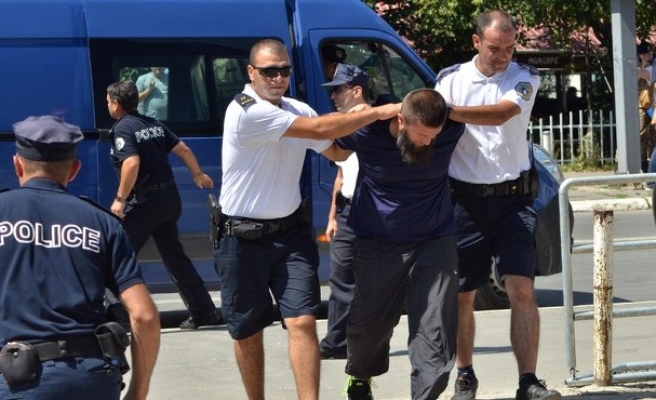 On November 13, 2014 the United States Attorney General Eric Holder announced that following meetings with European Union ministers, the Department of Justice had directed a number of American federal prosecutors and senior law enforcement advisers to reside in key regions in the Balkans, the Middle East and North Africa.

The goal of this American dispatch of prosecutors was stated to "aid those countries in bringing criminal prosecutions against individuals who return from Syria and ensure that they have the necessary laws to do so, such as one routinely used in the United States that makes it a crime to provide material support to terrorist organizations." Eric Holder further noted that: “Our goal in all of these efforts is to build the capacity to fight foreign terrorist fighters within the rule of law so we can stop the flow of fighters … and aggressively combat violent extremism.” The plan that Holder announced, included "the assignment of a regional counterterrorism adviser in the Balkans."

For people who reside in the Balkans, the announcement of Eric Holder came as a great surprise. During the past few months, a number of Balkan governments including Serbia, Bosnia-Herzegovina, Macedonia, Albania, Kosovo etc have all revised their penal codes and made the participation in a war or affiliation to armed groups in another country punishable by up to 10 years imprisonment. In line with the directives from Washington, all the Balkan countries that have Muslim populations have joined the new "war on terror" of the American administration. Since August 2013, when the Americans changed their plans for "regime change" in Syria, and declared the “democratic freedom-fighters” against the “Syrian dictator” as "terrorists", the Balkan states too have publicly denounced the "jihadis". Albania, Kosovo, Bosnia and Herzegovina, Serbia etc, have made dozens of arrests and local and American media in the region, like Radio Free Europe, which until June 2013 were praising the foreign fighters and calling them "volunteers", have now totally changed sides and are all condemning them as terrorists.

The mujahidins and their chief bogeymen, the Islamic State of Iraq and Syria (or ISIS) are being condemned by the official state institution of Islam in the Balkans, as well as many (the usual suspects) Wahabi preachers. While until 2013, many imams and official institutions of Islam in the Balkans, did praise the "Sunni" war, or "the Arab Spring" against "the Syrian regime" and "the Shi'ias and Alevis", and commended the insurgents as freedom fighters, following Radio Free Europe and American administration's U-turn, they too have joined the bandwagon of refuseniks, and now claim that the mujahidins aren't Muslims and do not represent Islam.

So, when all the regimes, all the official Muslim leaders and almost all Muslim believers in the Balkans have come to finally realize and admit - out of desire or fear - that jihad in Syria is bad, and excommunicate en masse the mujahidins of ISIS as not Muslims, why does Eric Holder and the American administration need to dispatch federal prosecutors and assign a regional counterterrorism adviser in the Balkans? While it is true that the government of Albania supplied weapons to fighters in Libya, the government of Kosovo received and probably trained and armed Syrian fighters, and Croatia together with the Saudis armed them in Syria, now, all the Balkan governments have "repented" and admitted their past sins. They have all passed the blame for the 2012-2013 jihad against the Syrian government to the nefarious "Wahabis", "terrorists" "ISIS inspired radicals" and what have you, and countries like Albania have expiated their sins by even providing free arm deliveries to the anti-jihadi Kurds, many of whom fight for terrorist designated organizations like the PKK.

So, why is this grand regional counterterrorism adviser needed in the Balkans when all is going fine for NATO on the Balkan front? Well, as the British say, the Devil is in the details. The recent arrests that the Americans and their subservient governments have made in countries like Kosovo and Albania, are not playing out all well for the American U-turn and the blame game on Muslim and Islam as the source of jihadism and terrorism in Syria.

Let us take the example of Kosovo. The mass arrests that the Kosovar authorities made in the ex-Yugoslav province of Kosovo in August and September 2014 - where the local authorities proclaimed these arrests as a fight against ISIS - have played out to be a farce. The Kosovo courts have proclaimed most of the arrested innocent, since they cannot find legal justifications for their detention. On the other hand, organizations like the Youth Muslim Forum of Kosovo have openly challenged the Kosovar government for its involvement in the Syrian jihad. In a press release issued in August 2014, they demanded from the prosecutor general's office the arrest of Foreign Minister, Enver Hoxhaj, as well as questioning of President Atifete Jahjaga and Prime Minister Hashim Thaçi for their involvement and support to Syrian rebels.

Neighbouring Albania, finds itself involved in the same legal mess. While the government of Edi Rama has appointed as chairman of its State Committee on Cults the Salafi Ilir Hoxholli who had led protests against the Syrian government in Tirana between 2012 and 2013, it has also armed rebels from Syria to Libya. With such a context in mind, the government is desperately trying to produce a reasonable scapegoat for its past actions. Like in Kosovo, the Albanian government has arrested many low level Salafis who are accused of facilitating and supporting the jihad in Syria. But even here, not all the arrested seem to be culpable of any crime. Let us take the example of Verdi Morava. He has been on a hunger strike since October and is demanding from the Albanian authorities to interrogate or release him. He has been held for over 8 months now and not once has he been questioned by the police or intelligence agencies! He maintains his innocence. The two accusations that are laid against him are: 1. Accompanying an old man to the Tirana International airport that was traveling to Turkey and 2. Consoling the father of an Albanian fighter for the death of his son. Armand Ali, a Salafi imam from Tirana - whose mosque was raided by the anti-terror police - claimed in a TV debate that his mosque and all the other mosques of Tirana, were ordered by the "official" mufti of Tirana to pray for Syria and speak out against the Syrian government. So why is the government arresting only disenfranchised Salafis, but not even the Fetullah Gulen inspired leaders of the Muslim Community of Albania - whom the Americans depict as the good guys - and are charged with the responsibility to guide the Muslims of Albania away from jihad and extremism?

Even though these two Balkan governments do not have strong evidence to convict the arrested, under US pressure they have undertaken measures that go contrary to all the democratic norms. While the OSCE and the US Department of State keep quiet over the repressive measures being meted out against Muslims in the Balkans, Balkan governments like the one in Kosovo are finding it increasingly difficult to legally justify the crackdown on Muslim civil society, opposition politicians, and the closing of many humanitarian NGO-s (several organizations catering for orphans and the needy have been closed in recent months without any legal justification).

The absence of legal justifications for the arrests of Muslim believers, politicians and imams, and the crackdown on Muslim civil society, have created huge tensions in Albania and Kosovo between the courts, civil society, the American-dominated and subservient governments and the American embassies and Washington emissaries who demand mass trials and punishments for Muslim activists, whom they often depict as terrorists. When in September 2014 the Kosovar authorities began a mass-arrest of dozens of imams and Muslim believers, they were publicly commended for this by Tracey Ann Jacobson, the US ambassador in Prishtina. But these arrests were condemned by many Kosovar intellectuals and human rights organizations. Well-known Kosovar resistance leaders and nationalist ideologues such as Adem Demaçi and Rexhep Qosja declared that they had not seen such arrests even during the era Rankoviç (the feared head of the Yugoslav secret police) and Slobodan Millosheviç. Qosja noted that even though they were openly calling for resistance against communist Yugoslavia no one was arresting them en mass. How could a democratic state mass-arrest its citizens only on suspicion and under the justification of inciting religious intolerance, while Christian fundamentalists like Edi Rama's close friend, Maks Velo who openly insult Muslims and Islam are never arrested - asked Qosja. However, the American officials think differently. When the court of Prishtina released many arrested imams and believers in October 2014, Tina Kaidanow, the Ambassador-at-Large and Coordinator for Counterterrorism at the State Department annulled her Kosovo visit, and one of the cited reasons was her disappointment with the release of the imams and believers from prison.

Based on the recent developments and tensions that the new American "war on terror" is creating in Kosovo and Albania, I believe that the assignment of a regional counterterrorism adviser by the American administration in the Balkans is being made in order "to save face" and produce the necessary justifications that the American officials and their subservient governments will need in order to further constrain the rights of Muslims in Southeastern Europe.  Since the local governments have not been able to produce much evidence to justify the mass-arrests, the mission of the regional counterterrorism adviser in the Balkans seems to be the production of enough spindoctoral justifications and legal traps that the local governments will need to invent in order to frighten and terrorize their Muslim populations. Muslims are being used as a scapegoat in the Balkans, and only they are being blamed for the present jihad in Syria. While, it is true that the Balkans produced many brainwashed fighters who believed the CNN and Al-Jazeerah propaganda against Syria, and joined Obama's jihad for "democracy", they are not the only culprits for the dirty war that the Americans and their allies are making since many decades in the Middle East.