Attempting to stop the import of weapons into the country would be a rational and moral first step in dealing with the crisis humanely. This might go a long way in attempting to force the different factions at each other's throat to come together at the peace table... 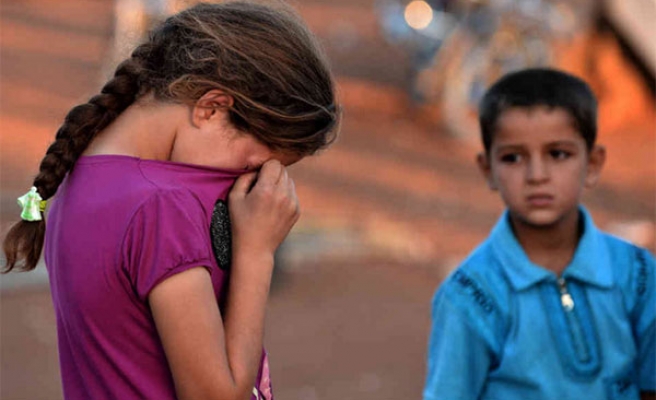 A month is a long time in our digitized world. The attacks that took place on the 21st of August in Ghouta sparked a marathon of unpredictable and somewhat predicable outcomes. What is perhaps unsurprising is the absurdity of the international community's norms. There is no doubt that the attacks were a heinous crime, but in a conflict that has raged for two and a half years the response that erupted from the White House, Downing Street and the Elysée Palace was a curious one.

Strikes were threatened under the guise of a human rights violations. Sarin gas is an abomination. It attacks the nervous system and leads you to feel constrictions in the chest making it difficult to breath. It leaves you nauseated and drooling, succumbing to your asphyxiation you collapse on the ground and convulse uncontrollably. Your bodily functions start to fail and you begin to vomit, urinate and defecate; you end up being caged in a body no longer your own and suffocate in a repetition of convulsions which are no longer yours. The chemical has been banned since 1997 and all stockpiles were meant to be destroyed by 2007 under the United Nations Chemical Weapons Convention.

The figures of the casualties were ultimately, as is often the case, disputed. Anywhere from 240 to 1,400 people died in this way. Yet, and lest we forget, over 100,000 have died in the last two and a half years in a supposed civil war in which two international factions have been actively supporting different camps. In large brush-strokes there is the United States, United Kingdom, France, Saudi Arabia, Turkey and Qatar actively supporting rebel groups (which are not a united front) and Russia, China and Iran the regime. The difference between civil and proxy here has been blurred and the people bearing the brunt of these consequences are the Syrian people. If the International community wishes to speak of human rights it would do well in not being so myopic.

There are over two million refugees. They fortunately have not been gassed, unfortunately it seems that this is what needs to happen for the international community to react. The plight of those refugees spread over Jordan, Lebanon, Turkey, Egypt, Iraq and throughout the region is one that gets a whimper from the press as opposed to the roar of those drums of war we saw after the Ghouta chemical attacks.

This is highlighted by an Oxfam report recently published. The report points out the way in which the international community, which reacted so quickly to the Sarin gas attack, failed to act to the needs of the millions of refugees from this war. The head of the Oxfam Syria program said:

“Too many donor countries are not delivering the level of funds that is expected of them. While economic times are tough, we are facing the largest man-made humanitarian disaster in two decades and we have to seriously address it. The scale of this crisis is unprecedented and some countries must start to show their       concerns to the crisis in Syria by putting their hands in their pockets.”

France, for example, the country most readied to spring to action over the chemical weapons attack, based on Oxfam's fair share analysis, has given less than half of what it has pledged to the refugee situation. The United States is a third short of its pledge, Russia has given a pitiable three percent. Only the UK has surpassed its pledge in light of the gravity of the situation. And sadly, for the Syrian refugees, those who live in impermanent dwellings, and for those who have no access to them, this is not enough. Children are growing up with no education and no hope for the future. Individuals in these camps, in need of aid, and in need of some form or assurance that the future might hold something for them have been ignored by the international community. From the White House to the Kremlin it seems as though the international community is ruled by a macabre world view in which only the most vile death commands response.

Of course, the international community is making it ever more likely that this conflict will continue by feeding the martial flames that have ignited in Syria. Attempting to stop the import of weapons into the country would be a rational and moral first step in dealing with the crisis humanely. This might go a long way in attempting to force the different factions at each other's throat to come together at the peace table. Attempting to diffuse the situation whilst sending weapons and aid to those fighting is impossible, in order for there to be any chance of talks reducing the martial capabilities of those fighting becomes a priority. Beyond this if we wish to speak of human rights and what can be done then assuring that the world supports the refugees of this crisis becomes of paramount import.

The life of a refugee is defined by precarity, but doesn't have to be. One has to walk for half an hour to get water (to wash, cook, clean oneself) and has to carry two gallons back. One has to walk for an hour to get some bread. Children go without education or play, people remember the dead left behind, but have no knowledge of what the future might hold: their precarity is obvious and yet we do little.

Beyond the war, however, it is these very refugees who today make up around ten percent of the Syrian population who will go back to rebuild their country. Assuring that they are given the proper amount of support today is an assurance that they will be capable of this task tomorrow. The international community is not only letting itself down, but is actively making the rebuilding of a peaceful Syria more difficult.