What should be done for Rakhine?

Coming back into the agenda of the world with the mass slaughters in 2012, it is possible to do more than talking about Rakhine and more humanitarian assistance than non-governmental organisation level can be done. As long as we think about the solution proposals. 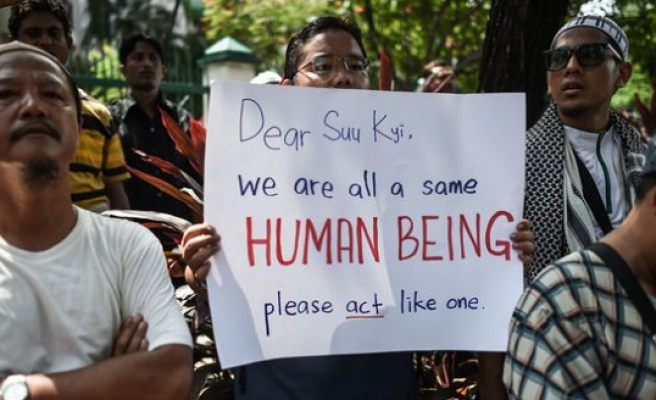 For the first time we knew it as Burma in the 1980s and after known as Myanmar with the other name Burma or Burmania. So a province in this country with the official name known as Rohinya or Rakhine, in 2012 came back into the world’s agenda again with the mass slaughters that took place.  The pressure that the Burma government applied to the people in 1980s particularly to the Rakhine region was intense and this oppression was widely known.

With racism and xenophobia rising in the whole region, Rakhine people are exposed to racism in Burma, citing their ethnic differences and religions.

This population, which is about 800 thousand of the population in the country, is regarded by the Buddhists as the people from Bangladesh and the majority of them aren’t even given citizenship for this reason. The rights of those who aren’t given citizenship are also being prohibited. This means that with the international law regimes the right given even to the refugees are not being given to these people. As their children are not being educated, adults don’t have the opportunity to find jobs in the government offices and often their businesses are seen as illegal.

When the historical background of the issue is looked at, according to the historians, Islam has spread in this region since Vakkas bin Malik, one of the companions of the Prophet Muhammad, came to it. It has become a Islamic region with the settlement of the people who survived a sinking ship on the Rakhine coast near the Gulf of Bengal in the 800s. Then in 1430, the first state of Muslims was established by Sultan Suleyman Shah. Despite the constant controversy with the Burmese state, they could not achieve a harmony. The United Kingdom occupied the entire region with Burma in the 19th century. The rest of the story has similar characteristics to those Muslims has experienced in the Indian sub-continents.

This dispute seems to be based on what it is today leads back to the 1940s. In 1938 changing into a semi-autonomous region, was subjected to massacres in the 1940s.

The Buddhists, who are known for their peaceful nature in the whole world, is very strange that they showed a complete brutality in the Rakhine region. Starting from Minbwa on March 28th 1942, we know 150 thousand Rahkine people have been massacred and hundreds of thousands have fled to neighbouring countries.

In 1947, Pakistan and Bangladesh were separated from India, this has raised a hope for the Arakanese. The Arakanese asked Mohammad Ali Jinnah, the founder of Pakistan, to include Rakhine territory to the East Pakistan, which is today’s Bangladesh. But this did not happen.

Bangladesh, one of the poorest countries in the world, continues to host the refugees that took refuges to them even though it is difficult for them. However, against the recent massacres, Bangladesh is completely silent on the events due to its political and economic power and even returns the boats of the Arakanese, who have reached with difficulties to the shores.

In 2012, violation of humans right were launched again, such as collective arrests, burning of villages, raping women, killing by beating, burning of workplaces, vehicles and mosques. In this period, about 150 thousand people try to save their lives by changing places. The interesting this is that the Buddhist priests, completely separates from the basic philosophy of Buddhism and politicised, are killing people with the support of the security forces.

The attacks, especially the detention of the young people and intellectuals’, deprivation of the right of education shows a planned systematic attack on the future of this society. Such human rights violations are described as cultural genocide according to international law. In this whole region, the people are either left insensitive to the tyrannical executives or left completely helpless.

Today, emigrant Arakanese, more than 600 thousand in Bangladesh and 250 thousand in Malaysia are regarded as a peaceful and deprived people, and it is stated that the number of emigrants are higher than the official figures, one million.

Does the issue in Burma having such a historical depth, have a potential to be solved? Talking about Rakhine and more humanitarian assistance than non-governmental organisation level can be done. As long as we think about the solution proposals.

Firstly, like the “Minks Group” formed for the resolutions of the Azerbaijani Armenia conflict, an international platform should be set up to keep the peace for Rakhine on the agenda internationally and thereby ensuring its involvement in the international news agenda. Within this platform, there should be primarily and certainly Bangladesh, Malaysia, Indonesia, Japan and Turkey. Observers from China, Russia and the EU have to take part in this platform and it is a must to introduce the Rakhine issue as a human and ethnic problem in the world agenda.

Secondly, being actively involved in the field helping Rakhine until today hosting Malaysia and the immigrants, the support of Bangladesh and Indonesia is important. Being sincere in carrying out the issue on the agenda, but with amateur support under humanitarian aid associations, it is necessary for Turkey to get together with other related countries under the frame of a more professional international consortium and bring this human tragedy to the agenda of the UN.

Thirdly, through the organisation of the Islamic conference it is important to bring this human tragedy to the agenda only with human and ethnic side. In this process, the religious side of the subject should never be emphasised.

Fourthly, resources and visual work should be carried out through the known international media, with the theme of human rights and ethnic discrimination to transfer them to the international media organisations. Care must be taken to eliminate the baseless and unfounded material of the cheap propaganda that is produced by the channel of media and the rightful thesis must be justified.

Fifthly, when the word comes to Rakhine, it is important to remember not only to show the problems there but also, even if it’s little, to display good news. The good news should be brought to the front remembering, until today, when only negative news was carried out about a region the things got worse in those regions.

Lastly, at this moment, the education levels of the Arakanese living as scattered diaspora especially in Bangladesh, Malaysia and Indonesia should be increased and their ties with their homeland should be kept tight and they should be directed to work in order to keep the issue on the agenda.

If these are not achieved, the Burmese government will continue to experience an endless tragedy due to infringement of human rights violations against Muslims in the region.

If none of the above ways can be followed, there are two ways. With the whole world we will watch the villages of millions of Arakanese burnt, continuation of the killing and torture and execution of even the children, people deprived of even the most ordinary rights such as passport, identification and education rights. Or we should not watch the oppression experienced in that region of the world by sharing the population of the whole of Rakhine among the Islamic countries. If this last solution sounds absurd to you, please take into account the suggestions of solutions in the previous points and try to find ways of implementing and keeping the topic on the agenda.