The role Muslim theologians played during the freedom struggle is explored in the publication of a new book and looks at Indian history in the wider global context with the age-old conflict between Western imperialism and Islam also being addressed. 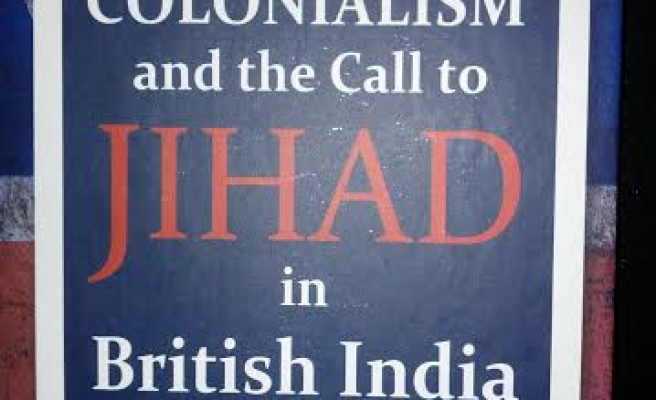 After Mahatma Gandhi’s assassination in 1948, Raveend Khwaja, whose father was an associate of India’s freedom movement leader, recalled the face of Nathuram Godse, the man who carried out one of the world’s most abominable killings.

“He was staring intensely at Gandhiji. There was fire in his eyes. He did not utter a word but elbowed his way out of the gathering. I have never forgotten his face till today,” Raveend says of Godse.

Days before he carried out the assassination, the would-be killer was present at a prayer event, where Raveend had accompanied his father Abdul Majeed Khwaja for a meeting with Gandhi, who was trying desperately to pacify an India engulfed in the communal fire.

Looking back at his family’s involvement in various activities associated with the freedom struggle, Aligarh-based journalist Tariq Hasan provides many interesting facts about that period in his book “Colonialism and the Call to Jihad in British India”. The lines on Gandhi are from an interview the author conducted with his uncle Raveend, adding valuable primary sources to his extensive research.

The book contains fascinating stories from the British Raj. The author’s family history lends great strength to his work, which draws from many forgotten chapters of the country’s past. Hard facts are gathered and presented with the curiosity of a seasoned journalist.

It looks at Indian history in the wider global context. There were close contacts between the Ottoman rulers and Indian nationalists to end British colonialism in South Asia. The age-old conflict between Western imperialism and Islam, and the use of jihad by theologians as an instrument against colonialism are widely covered.

However, it’s not a call for conflict or fomenting divisions, but a plea for understanding and accommodation.

“In the ultimate analysis, there has to be collective realization both in the West and the Islamic world of their own misdeeds. Till then there will be no lasting peace in the world," the author says in his introduction.

The book also advances the cause of harmony and cooperation between Hindus and Muslims, who have been dependable allies in the past but have seen their relations come under severe strain amid the rise of a violent and extremist Hindutva ideology in India.

India’s freedom movement did not begin with Gandhi or Nehru. Long before them, spectacular campaigns were launched to overthrow British imperialism.

The book traces the role played by Muslim theologians in leading national and international plans against colonialism. Among them was Syed Ahmad Barelvi, whose heroic fights against the British became an example for many.

Many of their anti-British campaigns were also global in nature as the British colonialism was an international problem. Alliances were sought and links established with the Ottoman officials and others in Europe. The book superbly binds a number of topics in the story of India’s freedom movement. We learn how colonialism in India was prolonged because of the politics of Arab vassals when T.E. Lawrence (also known as Lawrence of Arabia) led local chieftains in the acts of sabotage and violence against the Ottomans. This betrayal and deceit in Arabia also foiled a remarkable plan aimed at fomenting an uprising against the British in India.

The tone is clearly set against Western colonialism as an unacceptable tool of subjugation: “From the deserts of Egypt to the palaces of Peking, the West had created a moral justification for ravaging some of the greatest civilizations of the world.”

The instances of Hindu-Muslim unity in the 1857 uprising are well-known but much is missing from our memory because most historians ignored the role Muslim theologians played during the freedom struggle.

The publication of this book comes at a crucial time. With the current turmoil in some countries that were once under European colonial rule, the world is today fearful of much wider global conflicts. The West’s efforts to establish its global hegemony have not ended. If it was Europe in the past, today it is the United States that is trying to bend everyone to its will. If imperial Britain can be accused of using ruthless violence and terrorism for perpetuating its supremacy in the 19th and early 20th century, Western powers can be held guilty of doing the same today whether in Afghanistan, Iraq or Syria.

The theater of neo-colonialism is in the Middle East but its ramifications are global. How India will conduct itself in the coming years is not clear while Godse’s intolerant mindset gains ground at home.