Who attacked the 'heart' of Europe?

If Brussels is Europe's heart, those who attacked it as the 'other' to Europe should as well be determined 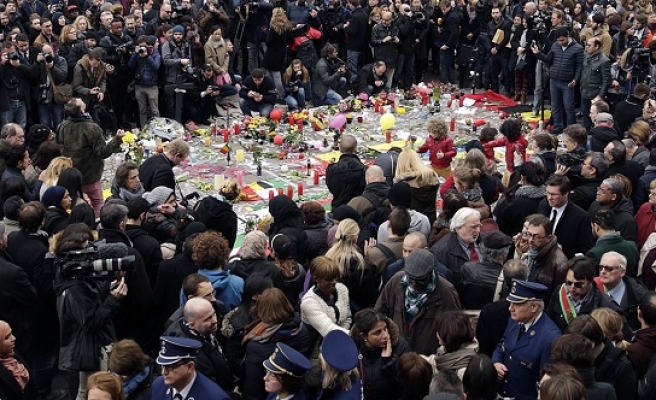 The address pointed at after the Belgium attacks is significant. Europe's heart was bombed. In this case, those who attacked Europe's heart came from the heart of Islam.

It is a reality that bombs exploded in Brussels, the capital of Belgium. But the question is whether Brussels is the heart of Europe. If we regard Brussels as the heart of Europe, then we have to discuss an opponent that will hit the nail right on the head. An attacked Europe versus the other; in this case is it Islam?

Regarding Brussels as the “center” seems accurate in terms of it being the center of the European and North Atlantic Alliance's centrum (Turkey is part of this alliance too). However, Belgium is Europe's mistake. It is a buffer country that emerged from Europe's internal conflicts, trying to hold itself together.

On the other hand, the representative centers of the EU and European formations are in countries on the outskirts in terms of their specific weights and political representations. What is the weight of Copenhagen, a city regarded as the capital of the EU, for Europe? It is just like the meaning assigned to Brussels of Belgium or Lahey of the Netherlands, where the International Court of Justice is located.

The question of why these representations are not given to cities like Berlin, Paris, Vienna, London, instead of smaller, ineffective cities like Copenhagen, cannot be answered independently of the possible Europe design. Europe has understood that big competitions result in big conflicts, big wars, and that the old world order brings down the Europe legend which can no longer be afforded. The EU is an idea that no longer wills a central empire to take over Europe and found a new Roman empire. Instead, it is a Roman empire with fine details that are balanced and agreeable. However, this Europe is not represented in the cities regarded as the fictionalized Roman Empire's cities. A shattered representation is constructed to avoid giving rivals the possibility of a specific weight.

The idea that “those who bombed the heart of Europe represent the heart of Islam” is as valid as much as Belgium is regarded as Europe's heart.

Then who is the “other” as opposed to this shattered European setup?

If Brussels is Europe's heart, those who exploded themselves as the “other” to Europe must be representing Islam. Those targeting Europe may be bombing in the name of a center, side, strategic mind that has the ability to represent that weight class only.

Although it has not been said outright that the bombers represent Islam and are from Islam's base, from Islam's heart, Islamophobic discourse does not refrain from implying this. In a modern environment in which terror overlooks all borders and everything sacred, the victims and perpetrators are alike. Similar types shed blood with different claims.

Without leaving room for conspiracy theories, if those who planned September 11 did so for their own purposes, can this attack, which burdened the future of all Muslims, be regarded as Islam's revenge against the West? The global hegemonies which have tried to regulate the entire Islamic world through September 11, have tried to make us believe that these attacks are carried out in the name of all Muslims and thus all Muslims have to bear the consequences.

Thereby, as part of the global hegemonic strategy, the Middle East and Muslims would be put into order, civilized and democratically aligned.

Similarly, this can be regarded as a move to capture the discourse superiority of those who want to impose a representation quality to the bombs that exploded in the heart of the European civilization for their revenge strategies.

If we face a nihilist bias that wants to annihilate those who do not belong to them and even those who do not look like them, then we have to think whose rational strategies this serves as a justification. A discourse analysis may not always bring out that fundamentals of an issue, but at least it will help understand the intentions.

We face the different results of a region being invaded, minds being captured and taken hostage after the Twin Towers were attacked.

The Islamic world, which is unable to question itself, which is broken apart, most importantly, which is experiencing mental trauma, will seek refuge in conspiracies and face nihilist drift if it fails to find its own channel.