It is clear that Europe-based circles in particular are inclined to create a perception and imposition that Alevi’ism is a separate religion; and that cemevis are the houses of worship of this religion 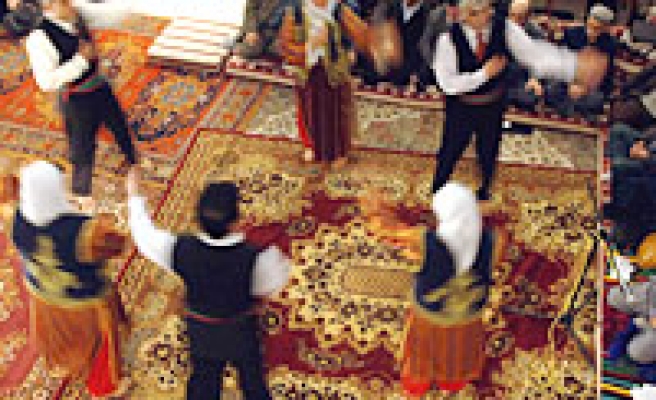 A ruling by the European Court of Human Rights has defined the agenda at a time when the issue of Alevi’ism is at the forefront in the country, and when attempts are being made toward taking certain steps in the search for a solution.

This ruling, which states that compared to mosques, cemevis (Alevi houses of worship) have been discriminated against, opens to debate the status and definition of Alevis.

A new definition and status for Alevis has already been placed on the agenda on the basis of an innocent rationale that discrimination must be combated, which is based on the conclusion that Alevis were discriminated against.

How should the issue of Alevi’ism, and cemevis in particular, be approached? Everyone has their own definition of an Alevi, and furthermore, they have a perception of what an Alevi is and plenty of religious-, sociological-, cultural- and historical-flavored comments are created on the basis of that.

It will be difficult to find a solution and reach agreement if we cannot first identify the ground we stand on and what our starting point should be, before we discuss cemevis and Alevi’ism. In order to do this, three points need to be clarified so that it is clear who is talking about what.

The first point is: How is Alevi’ism defined and classified?

The second point is: Where does Alevi’ism fit into the legal system, and as a consequence of that, what is the status of cemevis?

The third point is: How do those on the outside view Alevi’ism, how do they want to view it, and in what shape do they get involved?

There is no need to repeat that the definition and classification of Alevi’ism isn’t easy at all, and it isn’t something that can be thought up in the blink of an eye and be to everyone’s satisfaction. It is also crucial to the extent that it shouldn’t be sacrificed to superficial approaches.

In order to clear the path ahead, we are faced with a tough cycle of questions such as “whose” and “which” Alevi’ism will be taken into account, and what are the reference points for such a decision.

Apart from the basic references within Islamic circles, what unique sources of reference does it possess? To be more accurate, the search for roots and essence is one of the fundamental questions faced by every culture or society that has been excluded and has been unable to express itself.

A clash is underway over the primary distinction of Alevi’ism between those who seek to engage in politics on the basis of Alevi’ism and even seek to use it as an appropriate tool in the international equation, and are depicting it as a different denomination, a religion separate from Islam, and even as an ideological cult not connected to religion; and those that are trying to express their identity as being part of the Islamic circle.

The questions of “which” Alevis and “who represents” the Alevis will follow when it is said that “let us accept the definition created by Alevis themselves.” It is certain that there are many locals and foreigners eager to take on the project of transforming into a “secular religion” the culture of traditional Anatolian Alevi’ism, which has been shaped within the framework of Islam.

As part of the second point, as long as no legal status is provided for Alevi’ism in the context of politics and Turkish sociology, the problems cannot be identified and solutions cannot be found.

The fundamental issue is that as long the sacrosanctity of the law related to Dervish lodges is not discussed, no compromise can be reached and none of the implementations can be scrapped that divide society into separate camps as a result of the problems related to any religion, culture and sub culture.

Politicians and opinion leaders by playing three monkeys and disregarding legal regulations, which hang over their heads like the sword of Damocles, and by focusing solely on results; are disregarding the main problem that will be transformed into a problem of identity and prepare the ground for clashes in society.

It is the same attitude that led to the shutting down of Alevi Bektaşı lodges on the basis of the law on Dervish lodges, and the same attitude as those that led to the official policies that shut down the Kadiri and Nakşi lodges and deemed all their devotees to be outlaws and initiated legal proceedings against those that performed devotional acts.

An identity that is forced to exist in secret and is suppressed starts to look at unnatural means to express itself and this always leaves it open to exploitation.

Even if the third point is not central to the issue, it perhaps needs to be focused on the most due to the consequences it can have. The question might arise of why should it matter how Alevis on the outside view Alevi’ism when we are waiting for clarity on how Alevis define themselves in Turkey and how Alevis are viewed officially and by those who are not Alevi.

As long as the issue of how Alevis should view themselves, and how they will be defined and placed within the scope of the law is suppressed domestically, centers on the outside will continue to voice more opinions. It won’t be limited to just voicing opinions either. They will seek to convert into an implementable tool such an opportunity to intervene in Turkey’s sociology and politics.

Leaving the conspiracy dimension to one side, it is clear that Europe-based circles in particular are inclined to create a perception and imposition that Alevi’ism is a separate religion. In other words, they seek to bring to the agenda the discussion that Alevi’ism is distinct from Islam and is an independent religion; and that cemevis are the houses of worship of this religion.

Germany-based creations in particular and implementations in some German states are a typical example of this.

A more striking example is the religious identity-based disassociation being carried out with regard to Albania. Attempts are being made to change the characteristic that Albania possesses, which is being a Muslim majority country in Europe. The perception by secular standards that Bektaşi’ism -- which is a sect -- be categorized as a separate religion means that a strange picture emerges where Muslims are transformed into a minority in Albania.

The fact that the Alevi’ism issue – a victim of the fantasies of modernity of early period secular norms -- is placed in front of us as a problem does not mean that it will be solved with the same myopic view.