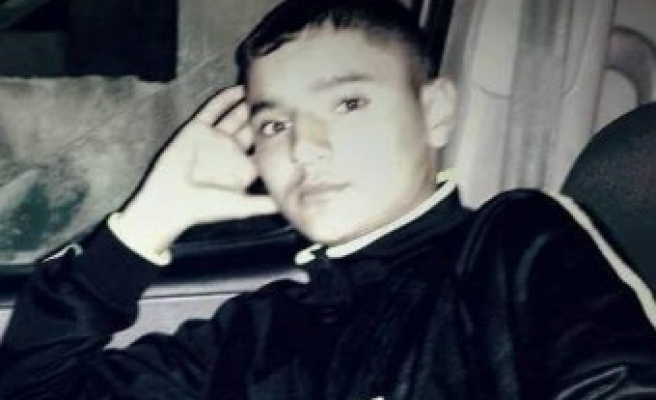 World Bulletin / News Desk
Dozens of Palestinians gathered outside the UN compound in Ramallah on Monday to demand the release of a 15-year-old Palestinian child held by Israeli authorities since late last year.

Protesters – including activists, teachers and students – carried photos of teenager Khaled al-Sheikh and chanted slogans calling for his release.

"We delivered a message to Pascal Soto, head of the UN office in Ramallah, to urge him to pressure Israel to release Khaled and respect human and children's rights," Khaled's father, Hossam al-Sheikh, told The Anadolu Agency at the protest.

Khaled is currently being held in Ofer Prison near Ramallah on charges of throwing stones at Israeli soldiers and burning tires.

The father voiced concern about his son's health condition, saying the boy suffers from anemia and needs constant medical attention.

Over 7,000 Palestinians – including 250 children – are currently languishing in prisons throughout Israel, according to the Palestinian Prisoners Society.