More than 2,300 Palestinians killed and more than 17,000 injured, according to annual report by UN Office for the Coordination of Humanitarian Affairs 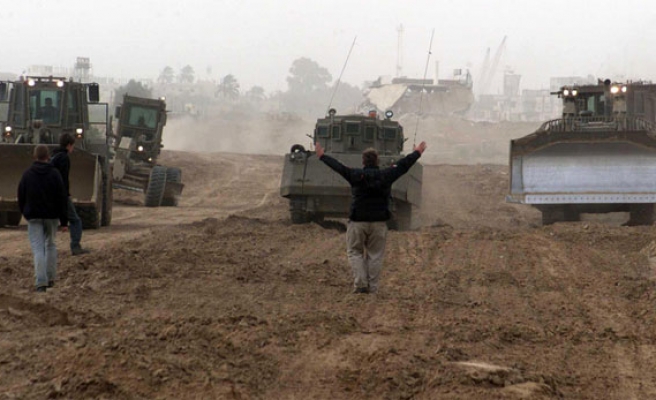 Israel’s occupation in the Gaza Strip, West Bank and East Jerusalem resulted in the deaths of 2,314 Palestinians and 17,125 injuries last year, compared with 39 deaths and 3,964 injuries in 2013, according to the annual report by the UN Office for the Co-ordination of Humanitarian Affairs (OCHA).

The conflict in Gaza in July and August mainly accounted for the dramatic increase in fatalities – claiming the lives of 2,220 Gazans, of whom 1,492 were civilians, 605 militants and 123 unverified.

The report, titled "Fragmented Lives" - which is based on data cross-referenced with other UN agencies, as well as government sources, international, Palestinian and Israeli NGOs - said that if these factors were removed, Palestinians would be self-sufficient and capable of developing their own institutions and economy without the need for any humanitarian assistance.

More than 11,000 people were injured and about 500,000 Palestinians were internally displaced at the height of the conflict. About 100,000 are still displaced.

Most of the incidents took place in the second half of the year, following the abduction and murder of Mohammed Abu Khdeir, which led to daily riots and protests in East Jerusalem.

Khdeir, a 16-year-old Palestinian, was kidnapped and killed in July, following the abduction and murder of three Israeli teenagers the previous month.