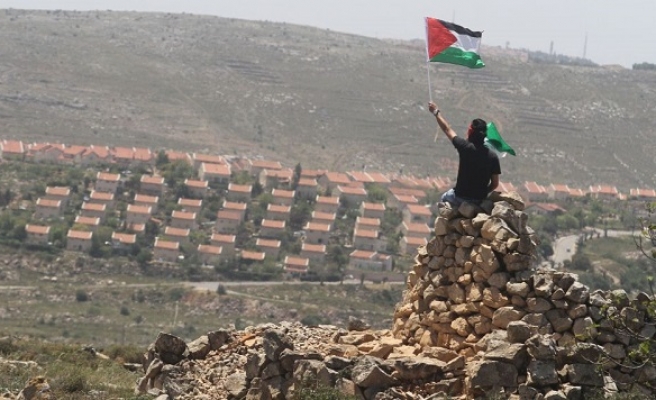 Three more Palestinians have been killed by Israeli forces in the Israeli-occupied West Bank within the last 24 hours, raising the total number of Palestinians killed so far this month to 64, according to the Palestinian Health Ministry.

Israeli police spokesman Micky Rosenfeld said a Palestinian had been shot and killed after allegedly trying to stab an Israeli soldier in the West Bank city of Hebron (Al-Khalil).

Eyewitnesses told Anadolu Agency that Israeli troops had riddled 23-year-old Hammam Eseed with seven bullets before leaving him to bleed to death.

Witnesses added that the Israeli army had prevented Palestinian ambulance crews from providing him with medical assistance.

Earlier the same day, two other Palestinians were shot to death near the Jewish-only Gush Etzion settlement in the West Bank city of Bethlehem after allegedly stabbing a Jewish settler.

The settler was reportedly taken to the Shaare Zedek medical center to be treated for moderate injuries.

According to Palestinian Health Ministry figures, Tuesday’s deaths bring the total number of Palestinians killed by Israeli forces since the start of October to 64, including 14 children and one woman.

Over the same period, at least 2,200 Palestinians have been injured by Israeli gunfire, while thousands of others have suffered temporary asphyxia as a result of excessive teargas, the ministry said.

Amnesty said it had documented at least four cases in which Palestinians had been subject to extrajudicial executions by the Israeli army.

Saad Muhammad Youssef al-Atrash, Dania Jihad Hussein Ershied and Hadeel al-Hashlamoun -- all from the occupied West Bank city of Hebron -- and Fadi Alloun from occupied East Jerusalem were all killed by the Israeli army without legal justification, the rights group asserted.

Amnesty added that, in some cases, victims had been shot and left bleed to death on the ground in violation of prohibitions against torture and other forms of ill-treatment.

Philip Luther, director of Amnesty’s Middle East and North Africa Program, for his part, said there was a clear pattern of lethal force being used unlawfully by Israeli forces amid an ongoing wave of alleged Palestinian knife attacks on Israelis.

“Unfortunately, Israel’s investigation systems have long served to perpetuate impunity for unlawful killings of Palestinians by Israeli military and police forces,” he said.

Amnesty went on to call on the Israeli authorities to conduct independent and impartial investigations into all recent alleged knife attacks.

“Willful killings of Palestinians in the Occupied Palestinian Territories are grave breaches of the Fourth Geneva Convention, over which all states can exercise universal jurisdiction,” the rights watchdog asserted.

On Tuesday night, Israeli forces rounded up over 35 Palestinians in the occupied West Bank and East Jerusalem, a local Palestinian NGO said Wednesday.

Since the beginning of October, the NGO added, the Israeli authorities had arrested 1,290 Palestinians, 650 of whom were from occupied East Jerusalem.

According to the prisoners’ society, 55 percent of those detained were minors under the age of 18.

More than 6,500 Palestinians are currently languishing in detention facilities throughout Israel, according to figures from the Palestinian Ministry of Prisoners' Affairs.

On Wednesday, meanwhile, a number of Jewish settlers forced their way into East Jerusalem's flashpoint Al-Aqsa Mosque compound where they tried to perform “Talmudic rituals”, a Palestinian official said.

Palestinian Muslim worshippers, he added, had stood up to the settlers shouting “Allahu Akbar” (“God is great”).

On the same day, the Israeli authorities prevented several women from entering Al-Aqsa while confiscating the identity cards of a number of other Palestinians before allowing them to enter the site.

“For the fifth week in a row, Israeli forces have barred me from praying inside the mosque,” one Palestinian woman, who preferred anonymity, told Anadolu Agency.

“They’re punishing us for standing up to frequent incursions by Jewish extremists into the mosque compound,” she said.