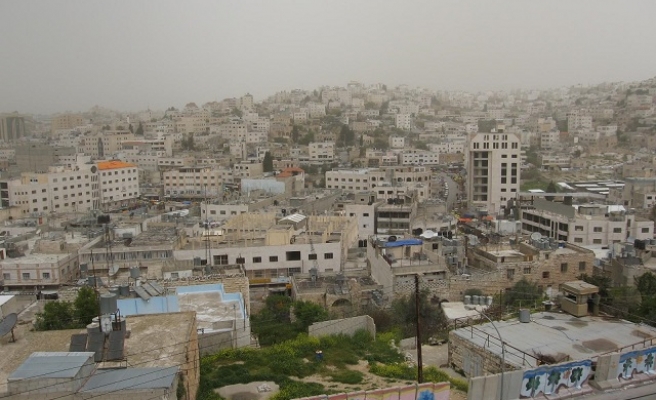 The death of yet another Palestinian youth in clashes with Israeli security forces on Monday night has raised the total number of Palestinians killed this month to 61.

According to the Palestinian Health Ministry, Iyad Jaradat, 19, was shot dead near the city of Hebron (Al-Khalil) in the Israeli-occupied West Bank, making him the third Palestinian youth to be killed in the city on Monday by Israeli security forces.

The Israeli military has announced that 44 Palestinians had been arrested in the West Bank in overnight raids as part of an ongoing arrest campaign that has recently seen scores detained on a daily basis, both in occupied East Jerusalem and within Israel itself.

The Palestinian Ma'an news agency, meanwhile, quoted Addameer, a prisoner rights group, as stating that some 1,000 Palestinians -- including around 150 children -- had been arrested this month alone by the Israeli authorities.

Over the same period, 10 Israelis have been killed in alleged knife attacks by Palestinians, while the Israeli military has reportedly said it was preparing for continued violence into the long-term future.

Israeli newspaper The Jerusalem Post on Tuesday quoted one army official as saying that he did not expect an ongoing wave of alleged Palestinian knife attacks to end anytime soon.

A recent U.S.-brokered deal between Israel and Jordan -- the latter of which is responsible for administering Al-Aqsa -- called for the installation of surveillance cameras at the site with a view to documenting Palestinian claims that hardline Jewish groups were regularly forcing their way into the compound.

The mosque's administrators, however, complained that an attempt to install cameras at the site’s entrance for non-Muslim visitors had been thwarted by Israeli police, who, they say, had confiscated the cameras.

“[This is] evidence that Israel wants to install cameras that only serve its own interests -- not cameras that show the truth,” mosque administrators said in a statement.

According to a response issued by the Israeli Prime Minister's office, surveillance cameras will only be installed once further discussions are held between Jordanian and Israeli officials.