500 Rabbis around the world have submitted an open letter to Netanyahu, calling on him to stop the demolition of Palestinian homes. 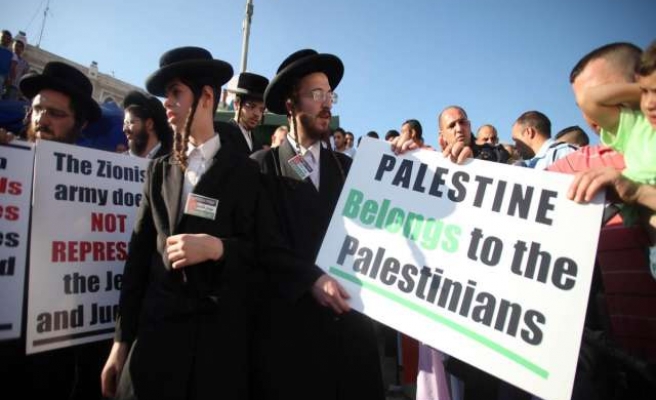 Rabbis for Human Rights (RHR) has submitted an open letter to the Israeli Prime Minister claiming his stance is not in line with “international law and Jewish tradition”.

According to the rabbis, there has been "no representation or true ability for Palestinians to determine how to properly plan for their communities since local and district planning committees were abolished in 1971. The army plans for them."

In late January, the United Nations accused Israel of illegally demolishing the homes of 77 Palestinians, including many children, in East Jerusalem and the districts of Ramallah, Jericho and Hebron.
“In the past three days, 77 Palestinians, over half of them children, have been made homeless,” said James Rawley, the UN’s Resident and Humanitarian Coordinator. “Some of the demolished structures were provided by the international community to support vulnerable families.

“Demolitions that result in forced evictions and displacement run counter to Israel’s obligations under international law and create unnecessary suffering and tension. They must stop immediately.”
According to The Independent, from 20 to 23 January, the UN Office for the Coordination of Humanitarian Affairs (OCHA) recorded the Israeli authorities’ demolition of 42 Palestinian-owned structures in the Ramallah, Jerusalem, Jericho and Hebron governorates.

Palestinians are trapped in a vicious circle, where they build without permits to later have their homes razed to the ground. The UN's OCHA says the planning policies applied by Israeli authorities in Area C and East Jerusalem "discriminate against Palestinians."