The police said in a statement that the detained settlers' ages ranged between 14 and 17. 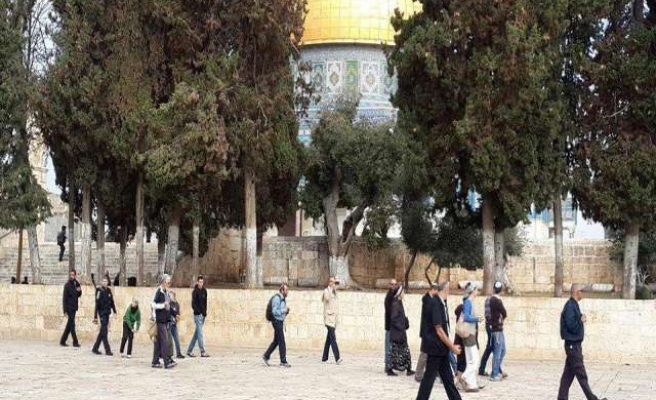 Six Jewish settlers have been detained for carrying out "provocative" acts during their presence inside the Al-Aqsa Mosque compound in East Jerusalem, Israeli police said Sunday.

The police said in a statement that the detained settlers' ages ranged between 14 and 17.

Israeli police usually release settlers hours after their detention on the background of such infringements.

One of the Palestinian guards of the mosque, meanwhile, said that around 25 settlers had entered the mosque compound and provoked Muslims praying inside by performing Jewish prayers.

"Tension prevailed inside the compound because of the entry of the Jewish settlers," the guard told The Anadolu Agency on condition of anonymity.

He added that Israeli police also detained a female Palestinian resident of Jerusalem as she was going out of Al-Aqsa Mosque compound.

Israel occupied East Jerusalem during the 1967 Middle East War. It later annexed the holy city in 1980, claiming the whole city as the capital of the self-proclaimed Jewish state in a move never recognized by the international community.