Over course of last month, Israeli troops have killed 72 Palestinians, including 15 children, according to Palestinian Health Ministry 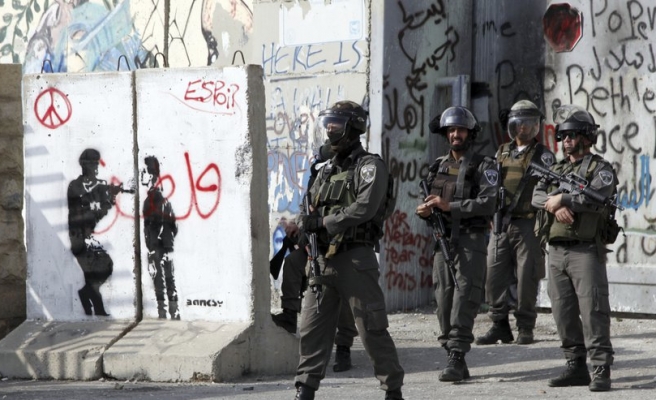 Israeli army spokesman Peter Lerner said that 18-year-old Mahmoud Nazzal had been shot dead after attempting to stab an Israeli soldier at the Gilboa crossing near the city of Afula in northern Israel.

According to eyewitnesses, Israeli troops shot Nazzal six times before leaving him to bleed to death.

Witnesses also told Anadolu Agency that the Israeli army had prevented rescue workers from the Palestinian Red Crescent from treating the young man.

According to al-Malki, Abbas has called for an ICC delegation to be dispatched to the Palestinian territories to document ongoing Israeli human rights violations.

The Palestinian Health Ministry, meanwhile, noted that Saturday’s death brought the total number of Palestinians killed by Israeli forces since Oct. 1 to 72, including 15 children and four women.

Later Saturday, thousands of Palestinians attended a funeral in the West Bank city of Hebron for five Palestinian teenagers recently shot to death by Israeli troops.

Over the course of last month, Israeli forces have arrested some 1,500 Palestinians in the occupied West Bank and East Jerusalem, a Palestinian NGO said Saturday.

Most of the detentions were carried out in Hebron, Jerusalem and Ramallah, the Palestinian Prisoners Society said in a statement, adding that the detainees included some 300 children and 40 women.

According to the Palestinian Ministry of Prisoners' Affairs, more than 6,500 Palestinians are currently languishing in detention facilities throughout Israel.