At least 2,350 Palestinians hurt by Israeli gunfire since Oct. 1, according to figures from Palestinian Health Ministry 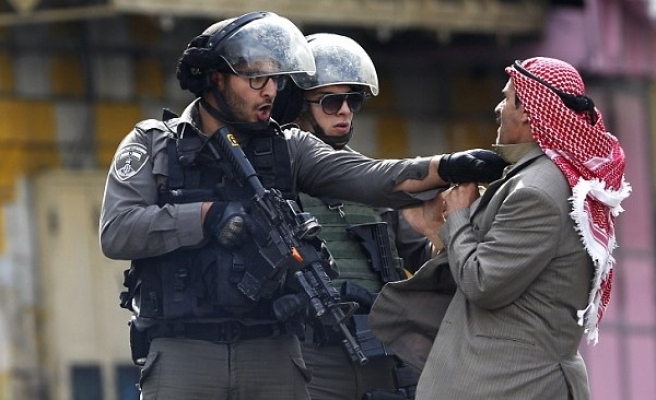 One month has passed since the beginning  of what some are calling a new Palestinian “Intifada” (uprising) in the Israeli-occupied West Bank and East Jerusalem, which has left scores of Palestinians dead and hundreds injured.

According to the Palestinian Health Ministry, the total number of Palestinians killed by Israeli forces since Oct. 1 now stands at 75, including 17 children and two women.

Over the same period, at least 2,350 Palestinians have been injured by Israeli gunfire, while thousands of others have suffered temporary asphyxia as a result of excessive teargas, the ministry said.

Fifty-six Palestinians have been killed in the occupied West Bank and East Jerusalem and 17 in the blockaded Gaza Strip, while an Arab-Israeli was killed in the city of Beersheba in southern Israel.

The latest violence comes amid a wave of alleged Palestinian knife attacks that have left 11 Israelis dead and 145 injured, according to Israel’s Magen David Adom paramedic service.

The mass detention of Palestinians suspected of engaging in resistance activities, meanwhile, has continued unabated.

According to Israeli daily Yedioth Ahronot, the Israeli army arrested 1,553 Palestinians in the occupied West Bank and East Jerusalem -- and inside Israel itself -- since the beginning of October.

Of these, 437 were charged with throwing stones, Molotov cocktails or fireworks, it added.

The Palestinian Authority's committee on detainees, for its part, has accused the Israeli army of arresting children in many cases.

According to the committee, over 800 Palestinian minors were arrested by the Israeli army and police in the last month alone.

There are more than 6,500 Palestinians currently languishing in detention facilities throughout Israel, according to official Palestinian figures.

What’s more, earlier Wednesday, the Israeli authorities issued a demolition order for a mosque and commercial establishment in occupied East Jerusalem, according to a Palestinian NGO.

“Israel’s Jerusalem municipality hung an administrative demolition order on the Al-Qa’qa’ Mosque and on a commercial establishment in the Silwan neighborhood south of Al-Aqsa,” the Wadi Hilweh Information Center said in a statement.

“The demolition order on the 120-square-meter mosque will be implemented in the next few days,” it added.

It is not the first time for Israel to issue a demolition order on a mosque in occupied East Jerusalem.

In 2013, Israel’s Jerusalem District court ruled that a section of the Muhammad al-Fatih Mosque -- located in the Ras Al-Amoud neighborhood west of Al-Aqsa -- should be demolished as it had been built without a permit.

On Monday, Israeli Education Minister and head of the right-wing Jewish Home Party, Naftali Bennett, forced his way into Hebron’s Ibrahimi Mosque under the protection of Israeli police.

Muslim worshippers, he added, were prevented from approaching the mosque’s entrances.

According to Bennett, his visit to the West Bank city of Hebron (Al-Khalil) was a message to Israeli Prime Minister Benjamin Netanyahu to escalate settlement construction activity in the Palestinian city.

Revered by both Muslims and Jews, the Ibrahimi Mosque compound -- which Jews call the “Tomb of Patriarchs” -- is believed to contain the graves of the prophets Abraham, Isaac and Jacob.

The city of Hebron, in which the mosque is located, is home to roughly 160,000 Palestinian Muslims and about 500 Israeli settlers who live in heavily guarded compounds.