78% of aid intended for Palestinians ends up in Israel

While Palestinians may be considered the most aid dependent in the world, the Israeli hold on all donations means that more than 78% ends up in Israeli coffers. 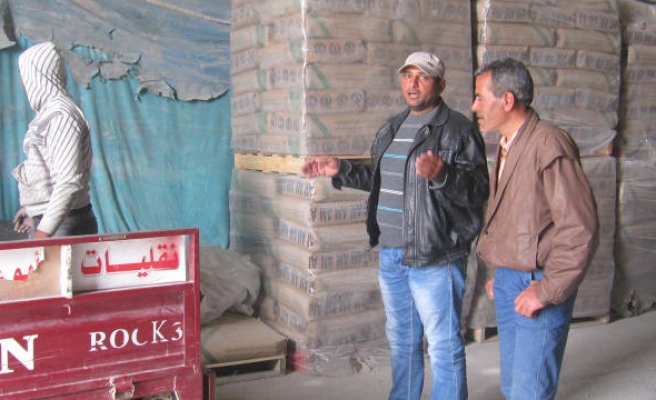 Shir Hever, an Israeli economist who has many years analysing the illegal occupation of Palestine has recently published a report that concludes that at least 78% of donations worldwide ends up in Israels treasury according to a report in Mondoweiss.

The sums involved are not miniscule by any stretch of the imagination. The Palestinians under occupation are among the most aid-dependent in the world, receiving more than $2bn from the international community a year. According to Hever, donors could be directly subsidising up to a third of the occupation’s costs.

Other forms of Israeli profiteering in the past have been identified in previous studies.

In 2013 the World Bank also said that  Palestinians lose at least $3.4bn a year in resources plundered by Israel.

Further, Israel’s refusal to make peace with the Palestinians, and as a consequence the rest of the region, is used to justify Washington’s annual $3bn in military aid.

Israel also uses the occupied territories as laboratories for testing weapons and surveillance systems on Palestinians – and then exports its expertise. Israel’s military and cyber industries are also making huge amounts of money, running into the billions each year.

According to Hever the problems lies in  Israel’s self-imposed role as mediator. In order for donations to reach Palestinians, the donors have no choice but to go through Israel. Needless to say say this provides the chance for what he terms “aid subversion” and “aid diversion”.

Palestinians are a captive market. They have access to a limited number of goods and services that are not Israeli.

An Israeli organisation that is monitoring the sition says that dairy firm Tnuva enjoys a monopoly in the West Bank worth $60 million annually.

Aid diversion also occurs simply because Israel controls all movement of people and goods. Israeli restrictions also meants it charges whatever it wants for all transportation and storage, and levy “security” fees.

Cement-maker Nesher, for example, is reported to control 85 per cent of all construction by Israelis and Palestinians, including the supplies for rebuilding efforts in Gaza after Israel’s repeated rampages.

Significant segments of Israeli society, aside from those in the security industries, are also filling their pockets from the occupation. Paradoxically, the label “the most aid-dependent people in the world” – usually affixed to the Palestinians – might be better used to describe Israelis.