Abbas admits US pro-Israel in talks, yet seeks help on settlements

Palestinian President Abbas said he has asked the what he says Israeli ally U.S. to take more effective role in the problem of Israeli settlement expansion. 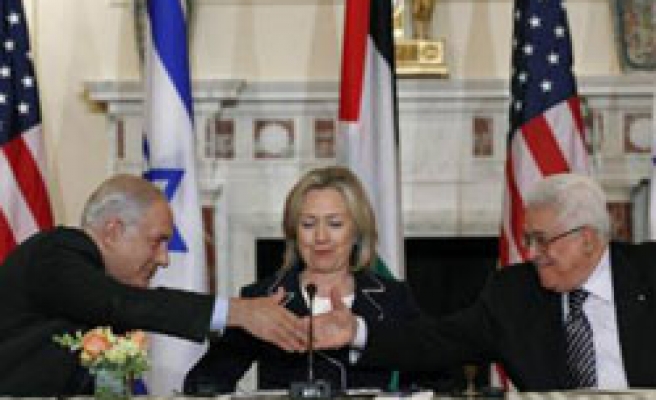 Palestinian President Mahmoud Abbas said he has asked the what he says Israeli ally U.S. to take more effective role in the problem of Israeli settlement expansion that is threatening to derail direct talks.

Israeli Foreign Minister Avigdor Lieberman said the government must keep its word that the 10-month slowdown will end at the end of September, posing a strong threat to ongoing U.S-baked direct talks. He says his Yisrael Beitenu party will ensure that the coalition government does not pass any extension.

Abbas said late Monday that he has asked the U.S. "to intervene in the settlement issue."

"US biased towards Israel"

During an interview with Al-Ayyam, Abbas responsed the questions an the role of the United States in the mediation of the talks, saying that "of course the US is biased towards Israel; they have not been our allies since 1993."

He also said that "but we are working with American mediators who say they are allies of Israel and we must deal with that reality, we will not make compromises on our constants."

All Arab partners in the talks have faced continued scrutiny and criticisms at home following a perceived lack of progress following the first talks in Washington, DC on 1-3 September. Abbas' Fatah faction and Arab League had expressed their concerns that no progress have been achieved during proximity talks which was halted with Israeli war in the Gaza Strip.

Abbas has also prioritised the 1967 borders and border security issue, according to Maan News agency.

Abbas said his approach to borders would begin with the 1967 lines and demarcating a Palestinian state from there. "Once we have the borders set, we can find a solution for Jerusalem, the water and the settlements," he said, adding that the issue of refugees would be tackled in the next round.

Security, the president continued, would be straightforward for Palestinians. "We will accept no Israeli civilian or military presence in the Palestinian lands" as a final status end point, he explained.