Palestinian Authority President Mahmoud ﻿Abbas said the Palestinian leadership is in continual session and makes contacts at all levels in its bid to offer protection for Gaza against "destruction". 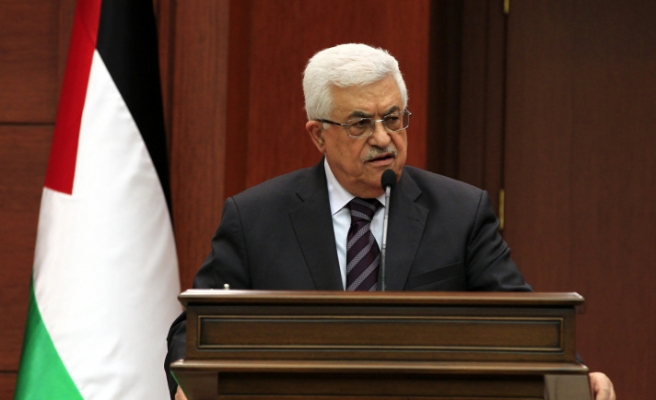 Abbas said the Israeli government had already approved a land operation against the coastal enclave and that the operation can start within few hours.

He said the Israeli army had asked Palestinians living in Gaza's border area to leave their homes and head inside the strip.

"The Israelis just want to get us out of our land and our country," Abbas was quoted by the official Palestinian news agency as saying during a meeting in Ramallah with representatives of some institutions from Jerusalem.

"We will not leave, but will continue to resist in a civilized manner, even as we do not have arms," he added.

Abbas said the Palestinian leadership is in continual session and makes contacts at all levels in its bid to offer protection for Gaza against "destruction".

"It is not important who started the aggression," Abbas said. "The important thing is to end this aggression and bloodshed," he added.

He said he talked with officials in the American administration to ask them to convince Israel to stop its war on Gaza. Abbas added that his government also tried to convince the Gaza-based resistance movement Hamas to stop its operations against Israel.

"Sorry to say, we have not succeeded so far," Abbas said.

At least 98 Palestinians have been killed and hundreds injured in three days of Israeli attacks on the Gaza Strip as part of a military offensive – dubbed "Operation Protective Edge" – with the stated aim of ending rocket fire from Gaza.

US ready to mediate between Israel and Hamas

The United States is prepared to mediate a ceasefire between Israel and Hamas, U.S. President Barack Obama told Israel's Prime Minister Benjamin Netanyahu in a phone call, according to a White House statement on Thursday.

Obama reiterated the U.S.' condemnation of the firing of rockets into Israel, and said Israel has a right to defend itself against the attacks.

"The President expressed concern about the risk of further escalation and emphasized the need for all sides to do everything they can to protect the lives of civilians and restore calm," said the statement.

According to the statement, the two leaders also discussed the abduction of a Palestinian teenager, who was found dead on July 2.

"The President welcomed the arrest of suspects in the abduction and murder of Palestinian teenager Muhammad Abu Khdeir and expressed appreciation for the Prime Minister’s determination to see that they be brought to justice," the statement said.

He also reportedly expressed concern about the beating and detention of teenage American citizen Tariq Khdeir and acknowledged Israel's efforts to resolve the case.