Abbas says Israel FM should go back to homeland Russia

Abbas said that Palestinians would not give up their capital, Jerusalem, asserting that they had the right to defend themselves and their holy sites against attacks by Jewish settlers. 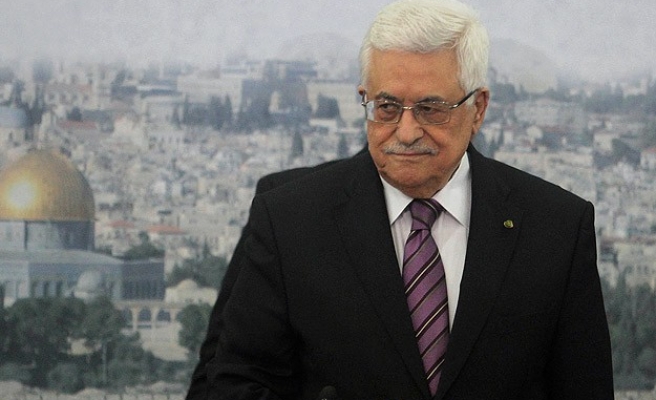 "Hamas holds full responsibility for recent bombings that targeted the Fatah movement in Gaza last week," Abbas told thousands of Fatah supporters in Ramallah during a ceremony marking the tenth anniversary of the death of Palestinian leader Yasser Arafat.

"We thought they had learned from previous mistakes, but it seems they are determined to destroy the national [reconciliation] project," he added in a scathing attack on the Gaza-based group.

On Friday, a series of coordinated bombings targeted the homes of certain leading Fatah members in the Gaza Strip.

The accusation is expected to worsen relations between rival Palestinian factions Hamas and Fatah, whose relations had started to slightly improve this summer after seven years of schism.

Hamas denounced the remarks, which stopped short of calling for a formal break.

"Abbas's speech was aimed at causing tensions. It's a partisan and despicable speech that did not carry any good intentions, neither towards Hamas nor towards the people of Gaza," Hamas spokesman Fawzi Barhoum said.

The Palestinian president also warned Israeli leaders of the consequences of any plan to divide the Al-Aqsa Mosque compound, slamming the Israeli government for recent escalations in occupied East Jerusalem.

He added that Palestinians would not give up their capital, Jerusalem, asserting that they had the right to defend themselves and their holy sites against attacks by Jewish settlers.

He also hit back at criticism by Israeli Foreign Minister Avigdor Lieberman by sarcastically suggesting that the Soviet-born minister should return to his homeland.

Tension has been running high in the region since late last month, when Israeli authorities temporarily closed the Al-Aqsa Mosque complex in occupied East Jerusalem after an extremist Jewish rabbi was injured in a drive-by shooting in West Jerusalem.

Groups of Jewish settlers, too, have recently forced their way into the religious site, prompting clashes between Muslim worshippers and Israeli forces.

On Monday, an Israeli girl was killed when a Palestinian man stabbed three Jewish settlers in the West Bank.

The attack came shortly after an Israeli soldier was injured after being stabbed near a Tel Aviv train station by a Palestinian from the Askar refugee camp in the West Bank city of Nablus.

Abbas addressed the statehood file as well, saying that, after achieving the recognition of Palestine as a non-member state by the UN General Assembly, the Palestinian Authority would next go to the UN Security Council.

"We are determined to submit a resolution to the UN Security Council this month to set a timeframe for ending the [Israeli] occupation," he added. "If this fails, we will go to all international organizations, including the International Court of Justice."

The Palestinian leader also assured Palestinians that a fourth group of Palestinian prisoners would soon be released by Israel – "even against [Israeli Prime Minister Benjamin] Netanyahu's will."

Palestinians have been marking the tenth anniversary of Arafat's death since November 5.

Arafat died on November 11, 2004 at a hospital in France after being besieged by Israel inside his Ramallah headquarters for several months.