Abbas was due to convene senior members of the umbrella Palestinian Liberation Organisation (PLO) and his Fatah party at 3 p.m. in Ramallah. 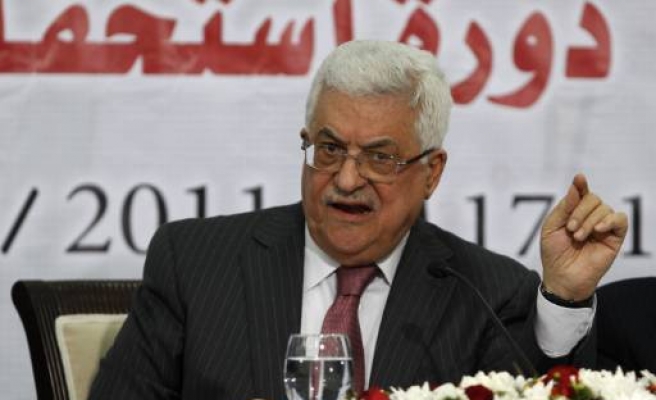 President Mahmoud Abbas will confer with Palestinian leaders on Thursday about a possible resumption of peace negotiations with Israel after an almost three-year freeze, officials said.

They gave no details on what Abbas's terms might be, should he announce a breakthrough after meeting in Jordan with U.S. Secretary of State John Kerry, who has pursued six months of intensive and deliberately discreet back-and-forth diplomacy.

Gaps between the sides had "very significantly" narrowed, Kerry said on Wednesday. His proposals to resume negotiations, which were not spelled out, won the endorsement of an Arab League committee, which said they "provide the ground and a suitable environment to start negotiations".

Abbas was due to convene senior members of the umbrella Palestinian Liberation Organisation (PLO) and his Fatah party at 3 p.m. (1200 GMT) in Ramallah, hub city of the Israeli-occupied West Bank and seat of his U.S.-backed self-rule administration.

It was not clear whether Wednesday's endorsement would give him enough political cover to resume direct talks.

"We are expecting to hear from the president the ideas presented by Kerry," top PLO member Wasel Abu Yousef told Reuters. "There will be a discussion on these ideas, and everyone will say what he thinks about this. The conclusion will be by a general consensus."

Negotiations, which have ebbed and flowed for two decades, last broke down in late 2010 over Israel'sWest Bank settlements and other sticking points. Since then, Abbas at times has insisted that Israelrenew and extend a halt on settlement construction for new talks to be held. Israel ruled that out.

Palestinians familiar with Abbas's thinking speculated he might forgo the demand for a construction halt given a recent slowdown in housing starts issued by the Israeli government - though it may still be painful to roll back his previous demand.

If Abbas yields on the issue, it may be in exchange for a goodwill gesture from Israel such as amnesty for veteran PLO fighters long held in its jails.

Israel gave no sign such prisoner releases were in the offing, but major Israeli broadcaster Army Radio said some West Bank roadblocks could be dismantled to ease Palestinian travel.

The Arab League originally offered full recognition of Israel if it gave up all land it had occupied since 1967 and agreed to a "just solution" for Palestinian refugees.

In a concession to Israel three months ago, Qatar raised the possibility of land swaps in setting the future Palestine's borders rather than insisting on a return to the 1967 lines. Prompted by the Qatari move, Netanyahu said Israel was "listening to every initiative" including the Arab League plan.