The moratorium, which Israeli Prime Minister Benjamin Netanyahu has said would not be extended, expires at midnight (2200 GMT). 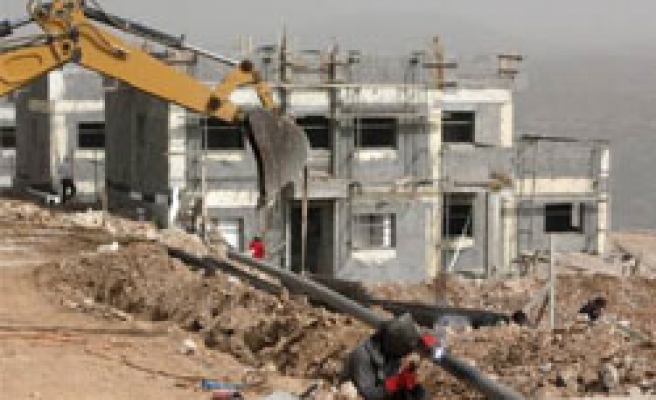 Palestinians would not immediately end peace talks with Israel if it did not extend a 10-month limited illegal settlement moratorium expiring on Sunday, Palestinian President Mahmoud Abbas was quoted as saying.

Abbas has said repeatedly he would walk out of the talks with Israel unless the partial freeze to building remained in place.

The moratorium, which Israeli Prime Minister Benjamin Netanyahu has said would not be extended, expires at midnight (2200 GMT).

Asked in an interview with the pan-Arab newspaper al-Hayat whether he would declare an end to the negotiations if the freeze did not continue, Abbas said: "No, we will go back to the Palestinian institutions, to the Arab follow-up committee."

He was referring to an Arab League forum that gave him the go-ahead to pursue U.S.-brokered direct peace talks with Israel that began in Washington on Sept. 2.

Nabil Abu Radainah, an Abbas spokesman, told the Palestinian newspaper al-Ayyam that Abbas had called for a meeting of the follow-up committee "within days" in Cairo.

The al-Hayat interview, published on Sunday, was conducted on Friday. Abbas and Palestinian officials with him, due in France for an official visit on Sunday, were not immediately available for comment.

U.S. President Barack Obama has urged Israel to continue the freeze, but Netanyahu, whose coalition is packed with pro-settler parties, rejected end to illegal settlements and has suggested only to limit the scope of renewed building.

"I think that the chance of achieving a mutually agreed understanding about (a) moratorium is 50-50," Barak said in a BBC interview in New York.

State Department spokesman P.J. Crowley said Washington was "doing everything we can to keep the parties in the direct talks". He said U.S. special envoy on the Middle East, George Mitchell, met Abbas for 30 minutes on Saturday.

Some of Netanyahu's allies, including members of his Likud party, are planning to mark the end of the moratorium at sundown on Sunday, by holding a cornerstone-laying ceremony for new illegal settlements in the remote Revava settlement in the northern occupied West Bank.